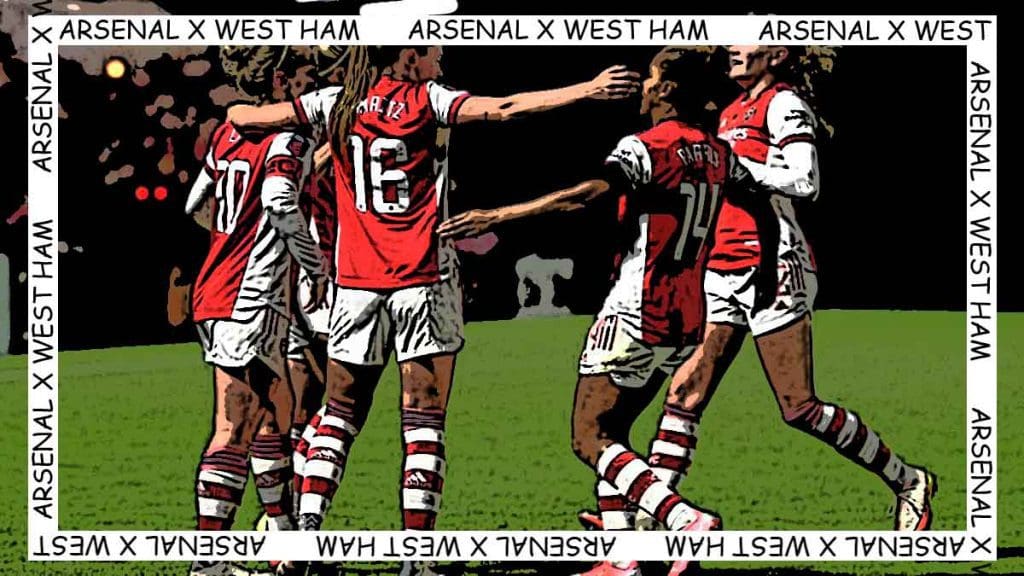 West Ham Women faced Arsenal Women on Sunday and were looking to take the Gunners’ unbeaten run away. Arsenal were looking to continue to take a step away from Chelsea Women, who were level on points after playing the day before. So, what happened? Find out in the match report below.

The Gunners were looking to continue their good start to the season by beating West Ham and Eidevall was raring to start the match. The players who were rested last match still aren’t staring, but Arsenal do have the depth to give players a rest. Eidevall made 3 changes to his side, with Jordan Nobbs, Lia Wälti, and Jen Beattie all not starting. Simone Boye is back on the bench, after recovering from an injury.

West Ham were looking to make it 0 losses in 6 matches, in what would be a good run for the Hammers. When Oli Harder took over the Hammers, he said, “I’m looking forward to the opportunity of not only working with such a historic club but, more importantly, a club that has committed itself to the development and progression of the women’s game. I’m relishing the challenge of moving forward the West Ham United women’s team into what will no doubt be a bright future.” West Ham have now recorded their best start to a WSL season ever and were looking to continue that.

Arsenal took the lead just before halftime, and who else but Kim Little was there to score it. After a lay-off from Beth Mead, who continues her brilliant start to the season, Little dribbled past the West Ham defenders and neatly placed the ball into the back of the net.

Arsenal were on top of the match, and managed to keep West Ham away from the goal, reducing them to only shooting on sight. A change at the break for West Ham, as Grace Fisk replaces Hawa Cissoko, which seems like more of a swap for energy than a tactical one.

Arsenal scored again, and it was again through captain Kim Little. Maritz had the ball out wide, and fizzed it through to Kim Little, who took it right and then smashed it past Arnold at the near post. 2-0.

Beth Mead scored. What’s new? For club and country, she has scored 11 goals and collected 16 assists in 18 matches. That makes her goal contribution ratio 1.5. Beth Mead is certainly on fire, and Arsenal fans are having a lot of fun watching her. It was a nice goal, as she received the ball from Nikita Parris and fired the ball straight into the top left corner. And that made it 3-0 to the Arsenal!

It was a sad end to the match for Grace Fisk, as she scored in her own goal to make it 4-0 to Arsenal. It seemed like she was in two minds on whether to try and clear it or to let it go past and hope it was dealt with, and it was that indecision which cost her.

And after that, it was full-time. It was another brilliant match for the Gunners, and it was also another match (let’s be honest, more of a rarity) that I predicted my key player. It was Kim Little that I picked, but you could argue that Beth Mead was better tonight. I was also conflicted about if I should pick 4-0 or 5-1, but I picked the latter, so no correct score to go along with it. Arsenal were dominant, and stay 3 points clear of Chelsea as a result. Full time, Arsenal 4, West Ham 0.