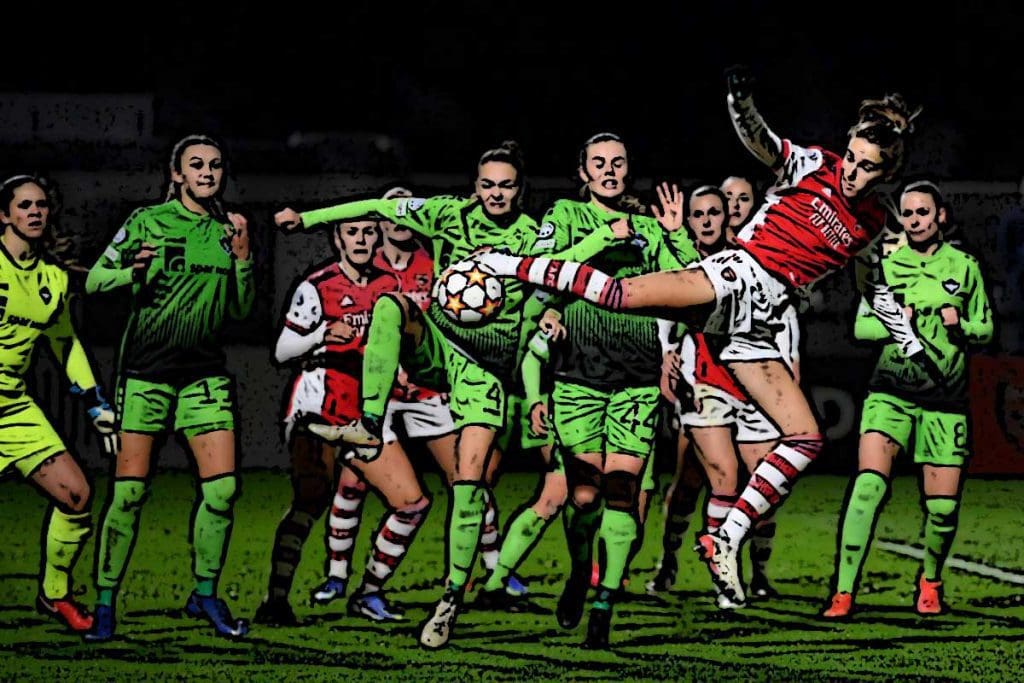 HB Køge Women traveled to Meadow Park in order to face an Arsenal Women side who had just beaten them 5-1 at home with minimal effort. The Gunners, who had just drawn to Spurs Women, were looking to make an impact in the first match since the winning streak had come to a close.

The Gunner’s season had gone well so far, with Arsenal beating Chelsea and Manchester City (their main title rivals) earlier in the season. They have remained consistent so far, only losing when they were completely outclassed by Barcelona earlier in the campaign. 7 changes took place for Jonas Eidevall last night, with the main one being the absence of Leah Williamson due to injury.

Køge were looking to make for their first UWCL win, and they knew that they were gone if they didn’t achieve their mission. Outside of the Champions League, Køge have done quite well, as the Swans sit 7 points clear at the top of the Elitedivisonen, only drawing 1 and losing 0. 3 changes took place for the HB Køge, as my star player Adrianna Romero sat on the bench.

Arsenal went 1-0 up through another delightful cross by Beth Mead, and it was finished by Foord. Mead has been brilliant this season, and she got a yard over her defender, which allowed her to fizzle it in, which Foord took advantage of. 1-0 Arsenal.

It was a great first half for Arsenal, with the Gunners scoring and looking calm and collected at the back in defence, so no Catley-type errors were looking inevitable this time around. Arsenal have controlled the match, and Køge have barely been able to get a shot on target, and Jonas Eidevall will be very happy with his side for that performance consistency. It hasn’t been such a brilliant half for Søren Randa-Boldt, as her side have struggled to get the ball past Arsenal, and as a result are currently on their way out.

It took a while, but Lotte-Wubben Moy scored Arsenal’s second of the night. The centre back lept highest and guided it into the back of the net as a result. After the match, she dedicated her goal to teammate Leah Williamson, who has been suffering from a very serious ankle injury. She said, “That was a goal for Leah [Williamson], we’ll deeply miss her. That’s her speciality at the near post, [so] if I could do anything for her, it was to get that goal today.”

Arsenal got a third just before full time, with Vivianne Miedema entering the match from the bench, but still scoring! It was nothing more than an assurance goal for Arsenal, with the match truly done and dusted by that time.

It was a brilliant match for the Gunners, and it was also the match that secured Køge’s group-stage exit. My key player going into the match was Vivianne Miedema, and my key player for Køge was Adrianna Romero. Miedema got her goal off the bench, but Romero didn’t have such an impact, as she failed to come off the bench. Overall, it was a good match for the Gunners, and a bad match for Køge, as they get knocked out of the UEFA Women’s Champions League.