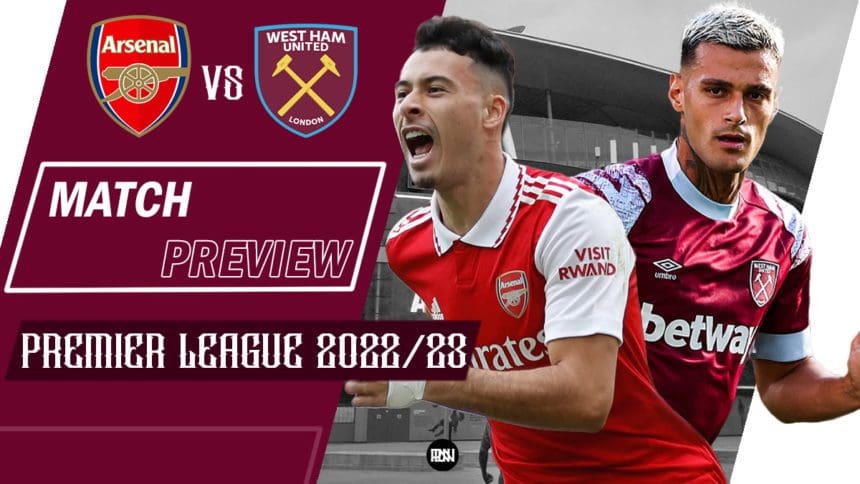 After a thrilling World Cup tournament, the Premier League is finally back and matchday 17 brings us a London derby matchup between league leaders, Arsenal, and West Ham.

Arsenal arrives back in style as the Gunners have preserved a five-point lead at the top of the table and have four wins in their last five games – only Newcastle have produced more points in that time. Several high-profile Arsenal players made the journey to Qatar, including the likes of Gabriel Jesus, Bukayo Saka, and Thomas Partey, and it may now be difficult to find the same cohesion and rhythm once again between the places after a long spell away from each other.

In comparison to their last few seasons in the league, West Ham has had a disappointing campaign, currently sitting in 16th and only one point away from a relegation place. The Hammers have lost four of their last five games and currently have the record for the joint greatest number of losses. Unlike their opponents, the break may have benefited the club as it gave David Moyes a much-needed reset for him and his players – potentially acting as a resuscitator to their season.

One of the main talking points regarding the team selection of Arsenal is the injury to Gabriel Jesus during Brazil’s World Cup campaign. It is estimated that the striker will be out for around three months and with the January transfer window now only days away, it wouldn’t be a surprise if Mikel Arteta decides to reinforce his front line. As for the rest of the team, Reiss Nelson’s hamstring injury against Juventus rules him out whilst Emile Smith-Rowe and Oleksandr Zinchenko are both unlikely to feature as they both recover from their long-term injuries.

West Ham will also have several injury issues as forwards, Michail Antonio and Gianluca Scammacca, are both struggling with injuries; Moyes believes it is unlikely they will feature against Arsenal. Maxwel Cornet and Aaron Creswell are both fighting to play in the game, although it is unlikely, they will recover in time. Kurt Zouma also continues to miss out as his undergoing knee surgery rules him out for the long term.

For Arsenal, the quality gap between this season and the previous one appears to be nothing short of astounding. The Gunners have been hailed as one of the most thrilling sides to watch in the Premier League this season thanks to Arteta’s ideals of being a possession-based, controlling team that counter-presses when losing the ball. The summer transfer market reinforcements have undoubtedly aided this season’s fluid and attacking-minded game, and should Arteta look to further strengthen his side in January, they could become even stronger. Arteta and his coaching staff deserve praise for being able to instil the inventive football that the Arsenal team is producing.

Arsenal often lines up in a 4-2-3-1 formation, yet when the team starts to build up the play, this shape tends to shift more toward a 4-3-3. Ben White’s employment as a fullback this season has allowed Arsenal to attack using a 3-2-2-3 shape, with the defender tucking inside to allow the opposing fullback to advance. In their goal-scoring play, Arsenal’s nimble strikers have been pivotal in changing positions in the box – something that Nketiah will likely be pivotal in doing against the West Ham defence. Arsenal’s ability to pack the final third and make it very tough for the opposition to win the ball back is a major component of their style of play this season. To make it difficult for the opposition to escape Arsenal’s pressure, let alone create a chance for the counterattack, Partey and Granit Xhaka flood the opponent’s half in the areas between the midfield and attack by reducing the opponent’s space on the field.

West Ham can occasionally play in a defensively-focused 5-4-1 or 3-4-2-1 system, although David Moyes’ tenure as the club’s manager has been characterised by a rigorous 4-2-3-1 system. During defensive phases, the club frequently converts from a traditional 4-4-2 to a 4-4-1-1 formation, and the offensive midfielder partners with, given the current injury situation, likely Jarrod Bowen pressing up the field. Naturally, during an attack, the fullbacks frequently move forward one at a time to strengthen the attacking force, pushing the inverted wingers more inside to open up more opportunities near the goal.

West Ham can move quickly when in possession, especially when midfielders like Declan Rice or Lucas Paqueta are involved. But Moyes’ team frequently employs a straightforward approach, looking around until they find their striker before using his great hold-up play to bring others closer to the goal. The striker glides toward the ball’s side to collect it, dragging defenders behind him, holding the ball up and creating space for others to run into. This makes it easier to execute counterattacks.

Martin ­­­Ødegaard has proven to be the catalyst in the team to create, and sometimes score, many chances on the pitch for Arsenal. With Jesus out, Ødegaard may be given more responsibility and free roam in the attack which will heavily influence his productivity in the game. West Ham may be in poor form, but if ­­­Ødegaard can utilise the creativity that he does possess in his locker, it will become much easier for Arsenal to unlock the likely tight West Ham side and create opportunities to score.

Jarrod Bowen has always been a key player under Moyes, but with both of the club’s strikers out, it appears likely that Bowen will be given a much more advanced central role than he has been previously used to. This role will likely be the make-or-break for West Ham if they are looking to take anything away from the game. Bowen’s dribbling and disciplined reading of the game will undoubtedly put Arsenal’s defenders on their toes as the counter-attack will be a crucial form of attack for West Ham. 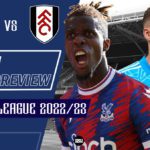 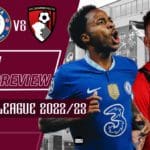