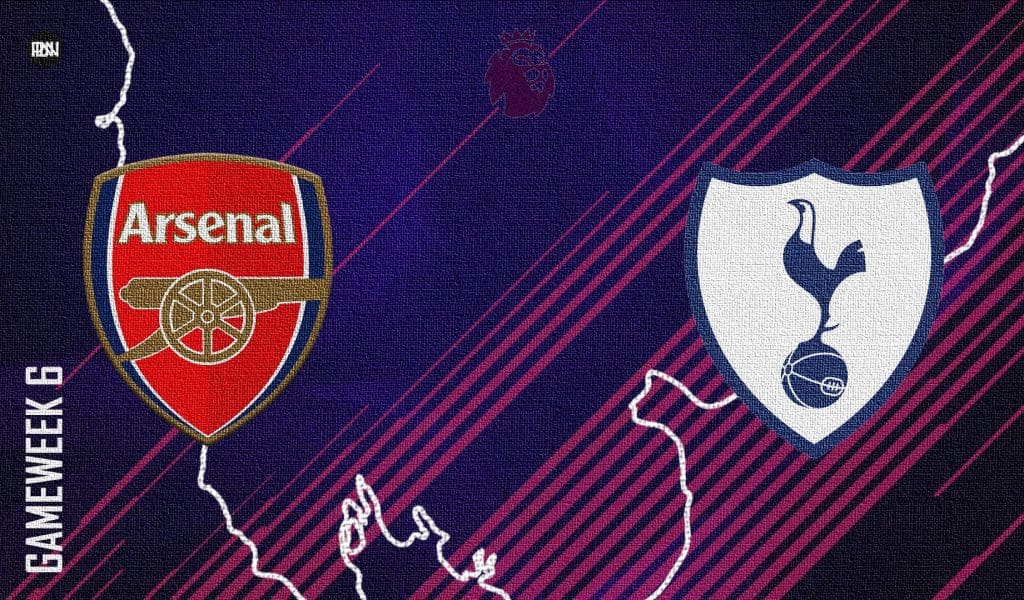 After a terrible time of behind-closed-doors North London derbies, Arsenal and Tottenham Hotspur fans are expected to flock to the Emirates Stadium in massive numbers on Sunday afternoon to watch the two teams square off. The Gunners are coming off a 3-0 EFL Cup win over AFC Wimbledon, while Spurs required penalties to beat Wolverhampton Wanderers.

Martin Odegaard immediately warmed himself to Arsenal fans with a goal in last season’s Emirates North London derby – despite the fact that the Gunners supporters were not present – but several at Turf Moor were blessed with a piece of Scandinavian sorcery last weekend. Arsenal’s wastage could have hurt them again, but the former Real Madrid prodigy Odegaard struck a gem of a free-kick against Burnley to give Arsenal a 1-0 win, then a second-string XI strolled to a 3-0 EFL Cup third-round success over League One side AFC Wimbledon.

The Gunners approach the North London derby on the heels of three wins and three clean sheets in a row, with Mikel Arteta relishing the benefits of having his first-choice defenders fit, but they stay in a woeful 13th spot in the embryonic league standings.

Arsenal recorded a similarly concerning success rate against Burnley – a sole strike from nine attempts on goal – after only scoring one goal from 17 shots on target against Norwich, and inability to put the fixture to bed would undoubtedly cost them against their rival European chasers.

Arsenal, however, have not struggled to strike in a Premier League match against Tottenham at home ever since the turn of the century, and considering their opponents’ recent form, Arteta’s side are the ones with the breeze in their sails heading into Sunday’s match.

Spurs, on the other hand, have taken a morale blow in recent weeks after back-to-back 3-0 defeats in top-flight competition to Crystal Palace and Chelsea. Nuno Espirito Santo wanted to make a dramatic return to Molineux in the EFL Cup to reclaim some form heading for the North London derby, but they blew a two-goal lead and had to settle for a penalty shootout victory over Wolves on a sloppy evening in the West Midlands.

However, Harry Kane’s first home goal of the season was a significant aspect of that nail-biting EFL Cup match, with the England captain still looking for his first goal of the 2021-22 Premier League season as he seeks to steal the spotlight on derby day yet again. Tottenham have slid to seventh in the league standings as a result of their latest league failures, and they still only have three goals – the least in the top half – while their opponents Arsenal have just two goals to display for their efforts.

The fact that the two clubs have combined for five goals is barely grounds for hope among neutral fans, but in a saga as old as humanity, form is forgotten on North London derby day as the Emirates audience prepares for another enthralling duel between the two great adversaries.

As previously said, Arsenal won 2-1 in this match last season amid Jose Mourinho’s spell as Tottenham manager – however, Spurs did win 2-0 at home a few months prior – and the visitors have won only one of their last 28 Premier League away matches over Arsenal.

For the game involving the arrival of Tottenham, Arsenal have a fully fit team, with Kieran Tierney getting the all following a cramp concern and Granit Xhaka returning from a three-game ban. It would be a blow to drop Albert Sambi Lokonga, but Arteta has been praising Xhaka before this game and might reinstate the Swiss international alongside Thomas Partey.

Following back-to-back Premier League clean sheets, Aaron Ramsdale should keep his position in goal, while Pierre-Emerick Aubameyang will want to cement his spot in front of goal above Alexandre Lacazette, despite the Frenchman’s four goals in his past six North London derbies.

Meanwhile, Spurs manager Nuno Espirito Santo has announced that Lucas Moura is fit to play on Sunday, although Steven Bergwijn and Ryan Sessegnon are both in the treatment area.

With Son Heung-min back to full fitness, Moura might begin on the right flank of the offense while Son Heung-min starts on the left, forcing Giovani Lo Celso to give room.

Tanguy Ndombele is gradually regaining his place in Santo’s intentions, and he did score his team’s first goal in midweek, but he is the most probable candidate to make way for the tireless Pierre-Emile Hojbjerg.

Is clinicality the only thing missing from this Arsenal side?

These past two Gameweeks have seen Arsenal picking up two wins in two games but have also seen them missing out on scoring more goals due to fluffing their opportunities and also the lack of a few high-probability goalscoring opportunities. They have managed to pick up narrow 1-0 wins in their last two games and granted that “a win is a win”. However, not burying their games could end up being costly for them in the future as they aim to venture out of the second half of the Premier League table.

The signings of Aaron Ramsdale, Takehiro Tomiyasu, and Martin Odegaard have definitely helped the Gunners setup, but they definitely need to find some sort of clinically upfront in order to cement their wins. And against an out-of-form team like Spurs, they should definitely aim to finish what they started.

Should this dip in their form be a worry for Spurs?

Spurs themselves have struggled with some chance-creation and finishing issues while Arsenal were struggling to pick up points in the first few Gameweeks. However, the tide has since turned in the favour of the Gunners as Spurs have gone on to lose both of their last two games 3-0 to Crystal Palace and Chelsea.

They have only scored three goals this season which have all led to 1-0 wins in their first three matchdays. But, their recent losses have seen them drop down to seventh and been a real confidence hit to the North London outfit. They need to pick up a win tonight against a resurgent Gunners side and that too by a decent margin in order to gain their optimism back and reassure their self-belief.

Aaron Ramsdale is now the uncontested number one for the Gunners, and he’ll have to execute a few key saves during the game on Sunday. Even though Spurs have the league’s poorest xG this season, they possess a talent like Son who can convert from almost anywhere. Arsenal are well aware of this.

The danger of Son in behind will be more prominent now that the high line is likely to be established. Ramsdale has been fantastic since joining the team, but his one flaw is his ability to go off his line in one-on-one confrontations. That equilibrium hasn’t been reached, and it’s one of the major areas of concern among fans following his signing.

With Harry Kane yet to find his feet in the Premier League this season, Spurs’ player to look out for is Son Heung-min. He has scored two goals out of the three goals that Spurs have managed to net in the league this season.

With Harry Kane alongside him, who tends to drop pretty deep in order to support the Spurs’ build-up, Son could end up being the main striker at times who will look to cause problems in the Arsenal defense. Tomiyasu, White and Gabriel will have to be alert at times when the South Korean is on the ball and will have to make sure he does not get a good chance to shoot as most times, it ends up being in the back of the net.