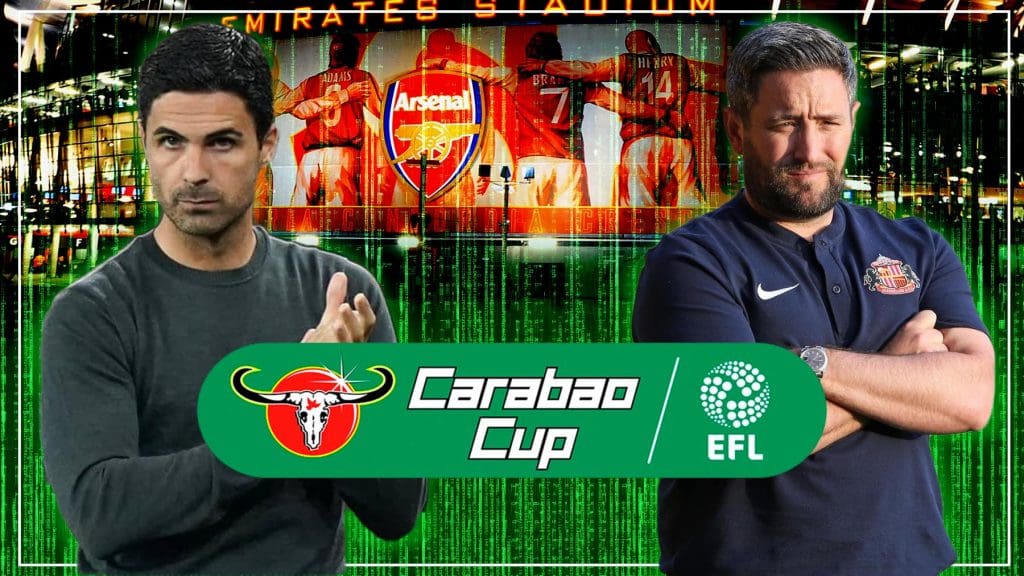 Mikel Arteta’s Arsenal has been sailing through the roughs while the process seems to see its endeavour as the kids from Hale End and beyond show the Emirates how-its-done time and time again. We are very early into the piece of work Mikel has undertaken at N5 as the potent youngsters with a blend of class come together to form something exciting, something beautiful, something Arsene Wenger somewhere in France would raise his glass to.

Exciting time lie up-ahead on the farther side of swotting juncture, and one of those pilot comes in Carabao Cup. Now, long-gone are the times when we used to see eleven academy lads lining up in the tunnel while Arsene Wenger fastens his zipper on the bench – a decently competing squad can be expected at the least of times, especially if we compile the congestion of fixtures with the virus outbreak and numerous contenders knocking on the gaffer’s door.

Promptly, Sunderland doesn’t sound like the toughest of the opponents for the Gunners and they’d be expected to take this one quite comfortably but there is always a catch, isn’t it? – The Black Cats don’t feature again until December 27 so Lee Johnson and his men have every reason to come in with their primary players while they keep their promotion aspiration on a hiatus tomorrow. Though of all grounds and rationale, this one is a kinder opposition for Mikel Arteta and his men, considering all the remaining seven sides competing in Carabao Cup’s quarter-finals ply their trade in the Premier League – and Arsenal, for once, not only face a League One side but also do so on their fortress at the Emirates.

Sunderland are grappling for a return to the Championship en attendant as they sit third in the League One ladder four points adrift the top after a recent 1-1 draw away at Ipswich. While Lee Johnson has vowed that his side will show “blood and guts” to fight their way through a tough Emirates wall. Lee is not shy of facing might opponents as his side produced some shocks during his time at helm at Bristol City, and that’s exactly what the Gunners have to get in a tizzy about. We’ve seen Arsenal losing the foot on the game and stepping their foot off the gas at times and that has hurt them on multiple occasions. These fighting spirit from a travelling squad needs to be pushed and killed before that turns into killers, that’s what Mikel will be saying in his pre-match talks – coz’ if quality were to be contested, Arsenal would take this one quite comfortably; it’s down to mentality, especially if a young squad were to glove up for the Gunners tomorrow.

Young squad? – Arsenal faithful around the globe, including me, are on the edge of their seats to get a look at multiple lads from the academy. It’s been sometime this excitement has been building on only for peculiar dismay when the squad is named when none of them make the team. Though lets be optimistic, should we see a couple of young faces from Hale End cheered on at every touch and involvement at the Emirates – let me quote a certain Barney Stinson here, “that’s the dream”. If we get into specifics over who can make through; Many come to me when I ponder upon who might get the nod, but three stand out… Charlie Patino; Omar Rekik; Flo Balogun.

Charlie Patino is the Rolls-Royce midfielder Arsenal have been brewing in their ranks, as a Luton product is anticipated to develop into Arsenal’s finest. There is something really pleasing when a youngster seamlessly controls the ball at his feet. Developing through the ranks at the Hale End Academy, the youngster developed a reputation of beating defenders effortlessly and often brisking past them. This would give the idea that he is just a fantastic dribbler and likes keeping the ball to himself. The truth could not be further. Yes, he is a terrific dribbler, but he understands the concept of “the ball can move faster than the player”. This is where the Frenkie de Jong comparisons come in. The Dutch midfielder was known at Ajax to pick the ball up from a deep position and then carrying the ball up the field resulting in creating a shot for his teammates 9 times out of 10. Charlie can do the same things, but he has several other elements to his game. With Thomas Partey and Granit Xhaka expectedly to be handed a bench role, as Albert Sambi Lokonga fights out the virus infection – looks like Charlie could make his long-awaited bow carrying the cannon. Let me leave you to our scouting report on Charlie Patino to get a detailed insight into the boy who’s going to take the footballing world by storm in due time….Here!

Omar Rekik is another highly-rated starlet that Per Mertesacker has brought into Arsenal ranks since he took over the reins as academy manager. With Ben White and Gabriel Magalhaes expected to be rested, while Pablo Mari testing positive for covid – we might finally see some of the Tunisian. He’s comfortable on the ball with both his feet and standing at 1,86cm with his athletic physique just say about all you want to know about the man who is gonna slot right into the heart of Arsenal’s defence. He has had some sloppy outings with the U23s since joining in the summer, but many a time his matured presence at the back has been plausible. Calum Chambers could be handed the nod alongside Rob Holding, though the former S’oton man will serve the last six months of his contract with Arsenal come next month which makes it compelling over who’d feature.

Folarin Balogun has been in glorious form for the Arsenal U-23’s. This shouldn’t come as a surprise to most people around the club as Balogun always had great potential and he showed it ever since he was in Arsenal’s youth academy. Talented; athletic; clever, Florian Balogun has all the qualities to become a world-beater of a striker someday, courtesy of which, Mikel Arteta gave his all to make sure the player sign a new deal at the Emirates. Technically clever on the ball and a thirst for goals is the kind of player Arsenal are lacking and he just needs to show he belongs – be it on-loan or at Arsenal and tomorrow comes a perfect chance. With Lacazette expected to be rested, Aubameyang to not get near the squad – Balogun would be kissing his shins.

Bar the above mentioned trio, Salah-Eddine Oulad M’hand could be the dark horse in running for getting a call-up for tomorrow as much after he made the bench in Arsenal’s Carabao Cup tie against Leeds United. He does not dwell on the ball too long and passes with a purpose. Much like his teammate Patino, Salah Oulad M’hand uses the ball to the best of his abilities. However, unlike his compatriot, he uses technical quality to move past a player rather than movement. He does not excel at dropping the shoulder or making slick movements in compact spaces. But his feet do the talking in tight areas as he wriggles out challenges pretty easily. His small stature also makes it possible for him to have a low centre of gravity and accelerate faster than the opponent. Again, I’ll leave you with the detailed report on Salah to understand our Dutch king… Here!

Beyond youngsters, Nicolas Pepe could finally have his chance as Bukayo Saka should be rested. Among seniors, Emile-Smith Rowe could be starting tomorrow considering his limited time attributable to the knock he picked up and Arsenal finding incarnation of Mesut Ozil in Martin Odegaard and Gabriel Martinelli showing glimpses of Alexis Sanchez of Emirates era from the left. Though you cannot keep The Smith out for long.

The only injury scare for the Gunners from their 4-1 triumph of Leeds United is that of Takehiro Tomiyasu after his early withdrawal. Though Mikel Arteta confirmed that it was precautionary rather than reactionary. “It was more of a muscular injury. He’s got a big load on him because he’s played every single minute since he’s joined us and even this week he’s been struggling a little bit. We decided to take him off, he wasn’t 100 per cent confident to continue in the game, and hopefully he’s not injured,” Arteta speaking post-match.

For the visitors, Leon Dajaku is set to miss out on a trip to North London after picking up an injury against Ipswich, although Sunderland did welcome Denver Hume back after about a couple of months.

Wholesale changes are expected for Arsenal, as Mikel Arteta will expect to see this one through comfortably. At this point, a spot in the semi-finals is begging to be taken for Arsenal – one step closer to silverware. Any silverware, it wouldn’t go amiss. It never does. For Sunderland, it’s nothing to lose and they’ll be eyeing a mammoth shock with about five-thousand Mackems singing for them tomorrow. 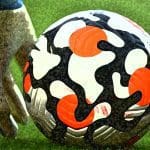 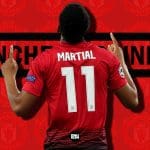