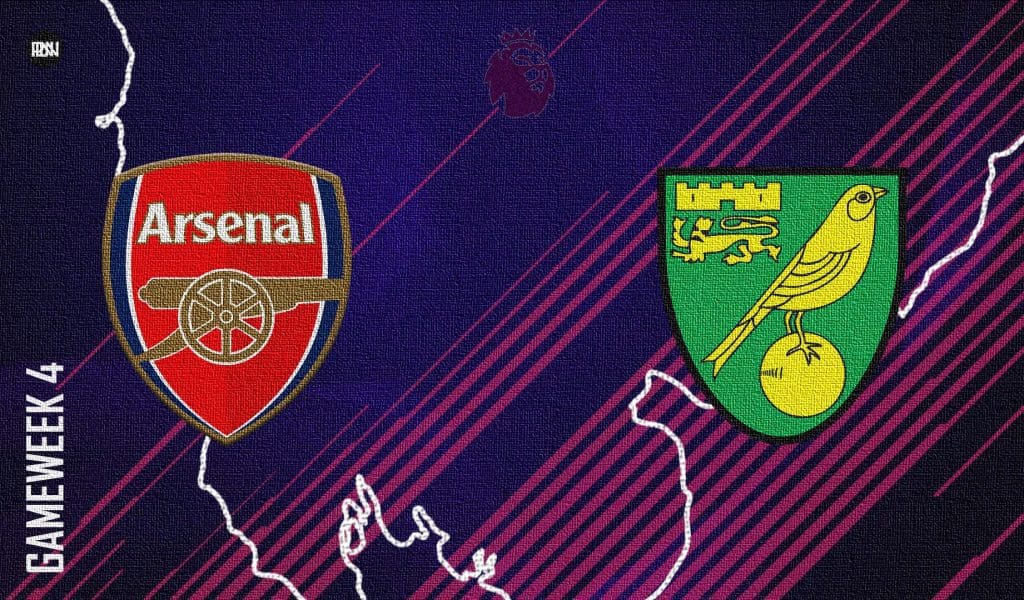 Arsenal and Norwich City will both be hoping to secure their first 3 points of the season when they face each other at the Emirates Stadium on Saturday. The two teams are currently sitting at the bottom two positions of the Premier League table, and a win for either club would be their first of the season.

Mikel Arteta will be hoping to get rid of the pessimism surrounding his tenure and will be wanting to secure some points on the board. With Takehiro Tomiyasu securing his work permit and Thomas Partey, Ben White, and Gabriel all being available for the fixture, Arteta will be able to select his preferred eleven and will hope that they can deliver the win.

Daniel Farke will be looking to capitalize on Arsenal’s poor start to the season and may attempt to exploit Arsenal’s defensive issues. With the club facing a tricky run of fixtures with defeats to Liverpool, Manchester City, and Leicester, the Canaries will be looking to fly up the table.

New signing Takehiro Tomiyasu looks ready to make his Arsenal debut against Norwich and will likely be featured as a right back. The former Bologna man can play as a right-back and a centre-back, and may alternate positions with Ben White during the season, who can also play both. A defender who likes to take initiative, Tomiyasu likes to intercept the ball and can read the game very well.

Elneny will not feature in the match due to his hamstring strain, and there are doubts over Emile Smith-Rowe as the youngster missed England’s U21 game due to illness (not Covid-19). Xhaka is suspended from the match after receiving a red card against Manchester City. The Gunners will rejoice in welcoming back Gabriel Magalhaes and Ben White, as the duo are expected to slot right into the heart of Arsenal’s defence. While Eddie Nketiah has also recovered from ankle problems and will be available for selection against Norwich City.

As for Daniel Farke’s side, Christos Tzolis looks set to miss out of this one while Bali Mumba and Sam Byram serves the sidelines with knee and hamstring injuries respectively. While Kenny McLean and Przemyslaw Placheta face a late fitness test.

Norwich will be hoping to try and execute the same strategy which Brentford used against Arsenal. Norwich will attempt to press up high to force a mistake or to swiftly intercept the ball. Adam Idah may start against Arsenal to play in the role which Ivan Toney played. Toney had the main job of pressing the goalkeeper and also was tasked with tracking back to help defensively. Toney dropped deeper, which allowed the wingers to take control of the attacking phases of the game. We may see such replication with Norwich, with Idah pressing up high and leaving Cantwell and Rashida to attack. This may work well for Norwich City but is heavily dependent on whether Mikel starts Aaron Ramsdale or Bernd Leno.

Arsenal will be looking to win the match by passing out from the back, drawing players in, and then passing it to the (now open) central midfielders, who will be able to facilitate a counter-attack. This style of play works very well with the players that Arteta has at his disposal, such as Martin Ødegaard, Thomas Partey, Nicolas Pepe, and Pierre-Emerick Aubameyang.

Thomas Partey recently recovered from an injury and without him in the side, it has shown how badly Arsenal needed a first-team central midfielder. Without his forward passes, most of which encourage Arsenal’s counter-attacks, Arsenal have struggled, with the team not scoring a single goal and conceding 9. Playing as either a box-to-box or a defensive midfielder, the team has massively struggled without him, with Lokonga stepping up in the second role, but with Xhaka getting red cards, Elneny being injured and nobody else in the position with experience, Arsenal suffered.

With Thomas Partey passes making space for the players, we can only hope that Arsenal’s attacking quality can recreate the fantastic goal Wilshere scored against Norwich many moons ago.

As discussed earlier, if Arsenal start Leno and Norwich wins the game, then Idah would’ve been key to the success considering how shaky the German has been in passing out from the back. Standing at 6’3, Idah will be able to turn White’s 50% aerial success rate into a big issue for the Gunners. The 20-year-old has all the qualities and skills needed to when in the right conditions, give this Arsenal team nightmares for weeks. Although the inclusion of Gabriel Magalhaes might change the dynamics, as the Brazilian is brings much needed no-nonsense presence in the Arsenal’s back-linie.