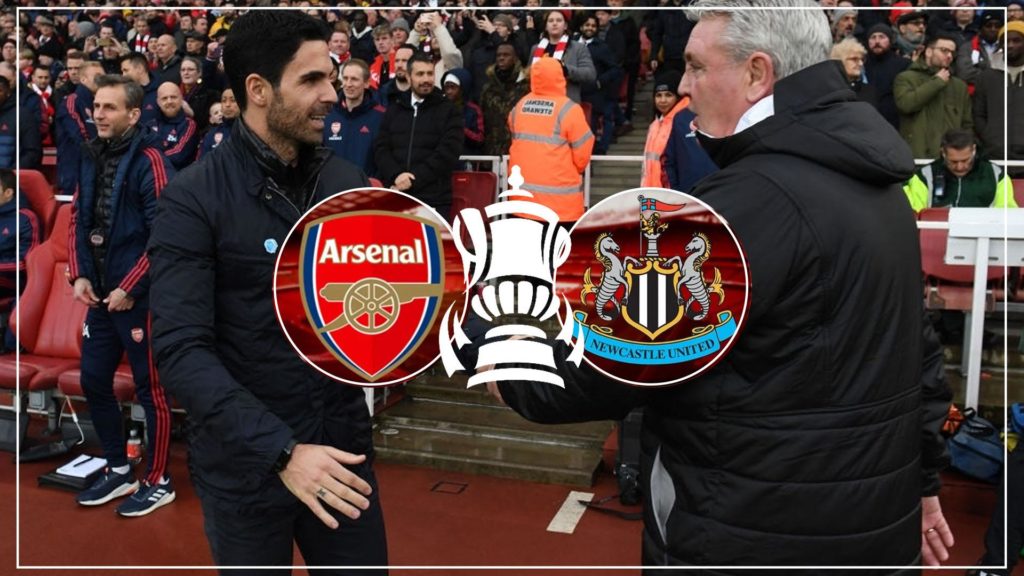 Steve Bruce will have his fingers crossed when the Magpies travel to Emirates to play against the current FA Cup Champions Arsenal in the third round of the competition.

Arsenal will be full of confidence coming into this match after 3 back-to-back wins in a row in the Premier League. They now look a different outfit altogether thanks to youngsters in Bukayo Saka, Kieran Tierney, Gabriel Martinelli who have revitalized and reenergized the team when they were thrown into the Deep end.

Also, credit to Arteta he trusted the Young players and persevered with his tactics. There’s a high chances Arteta would play a rotated but strong side on Saturday evening against the magpies.

The Gunners boss spoke in the pre-match press conference that summer signing Thomas Partey is looking good in training (post his short term injury) and could feature in game against Newcastle United in the FA Cup at some point.

“Well, we’ve got an extra two training sessions. We will assess after that whether he’s completely fully ready to start or participate against Newcastle or if we’re gonna leave it another few days for the Palace game. But he’s been training really good. He’s comfortable.

He’s not aware of the injury right now. He’s done more than what he did after the injury when he played against Spurs. So he’s in a good space, a good mood and you can see the player he is when he’s training.”

In the contrast, it’s a pretty dismal scene at Newcastle United (0 wins from the last 6 matches and 4 losses) but the positive thing about the last couple of matches is now we don’t just sit back against topsides. We try to press a little which is evident in the opening half of both previous matches against Leicester and Liverpool. We tried to go head-to-head and also created a fair share of chances. But we certainly lack that final ball.

Steve Bruce will instruct his team to keep things tight and solid at the back and to nudge a goal either by set-pieces or on counters with the pace of Callum Wilson to get behind the high line of Arsenal’s defense.

But make no mistakes on their day the magpies can give any team a hard time on the pitch. Although I expect us to rotate the lineup. Steve Bruce spoke in his pre-match press conference that Andy Carroll’s presence certainly helps Wilson’s productivity.

If a pairing of Carroll and Wilson start against Arsenal they would cause all sorts of trouble to Arsenal’s ball-playing centre-halves. Ryan Fraser could also feature in the match after recovering from Groin injury. His set-piece ability and crossing might be handy at the final stages of the game.

Martin Dubravka could also come back from injury to guard the goal for the first time this season. Shelvey and Hendrick will also be restored to the lineup.