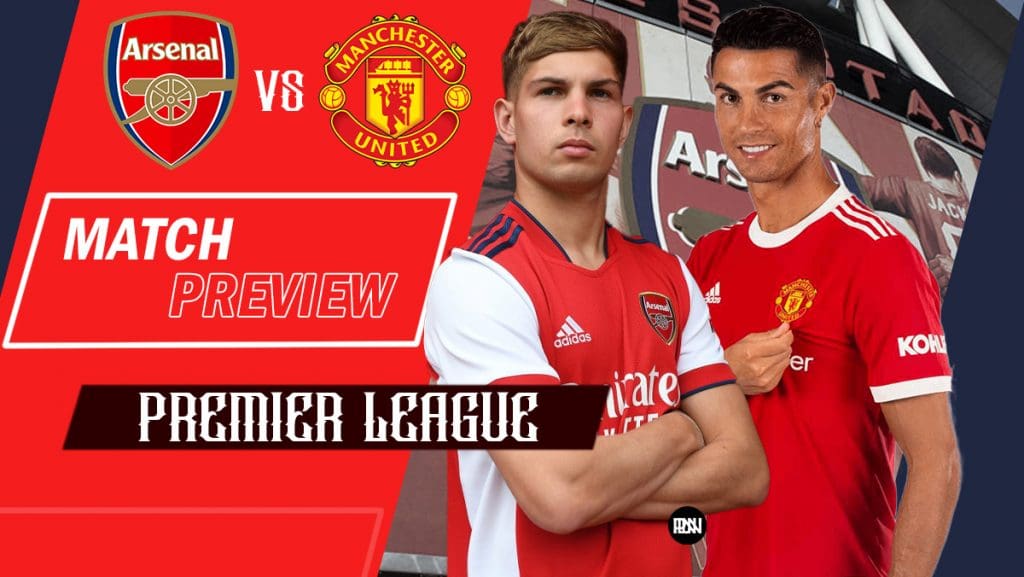 Arsenal and Manchester United renew hostilities in the Premier League on Saturday afternoon at the Emirates stadium, in a contest that may make or break both sides’ top-four hopes. Arsenal rekindled their Champions League hopes with a thrilling 4-2 victory over Chelsea in midweek, but Ralf Rangnick’s side succumbed to Liverpool in a 4-0 defeat.

Takehiro Tomiyasu, who hasn’t kicked a ball since January, was a welcome sight returning to the training pitch. He has been sidelined due to nagging calf issues, but there is a chance he will return to the group soon. After only ’10 minutes’ of training after recuperating from Covid-19, the Frenchman will only have a few more training sessions before Saturday’s game, though Nketiah’s performance will almost certainly keep him on the bench even if he’s totally fit.

As for the visitors, Ronaldo is reportedly back in training and it will be interesting to see if he gets the nod or not. Mctominay’s return from his foot injury could not have been better following Pogba’s early departure against Liverpool midweek. French world cup winner Raphael Varane is expected to start the match at the heart of the defence.

Arsenal put up a dominative display against Thomas Tuchel’s side. An unusual decision to partner Elneny with Xhaka paid off well as the duo adorably controlled the midfield, stringing passes together, intercepting balls and linking up the midfield play. With a few snaps from the match, we’ll look into how Arsenal’s composed team structure and intense pressing put a dent on Chelsea’s plan. 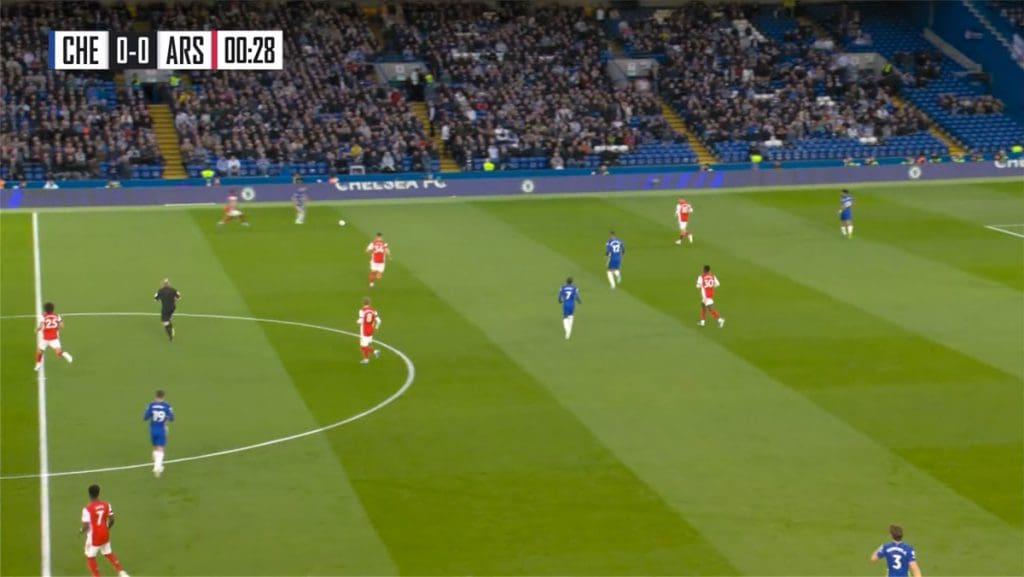 Chelsea captain gets the ball near the sideline and is chased by an opposition defender, while the 2 others blue shirts are also closely monitored by 2 of the opposition players. 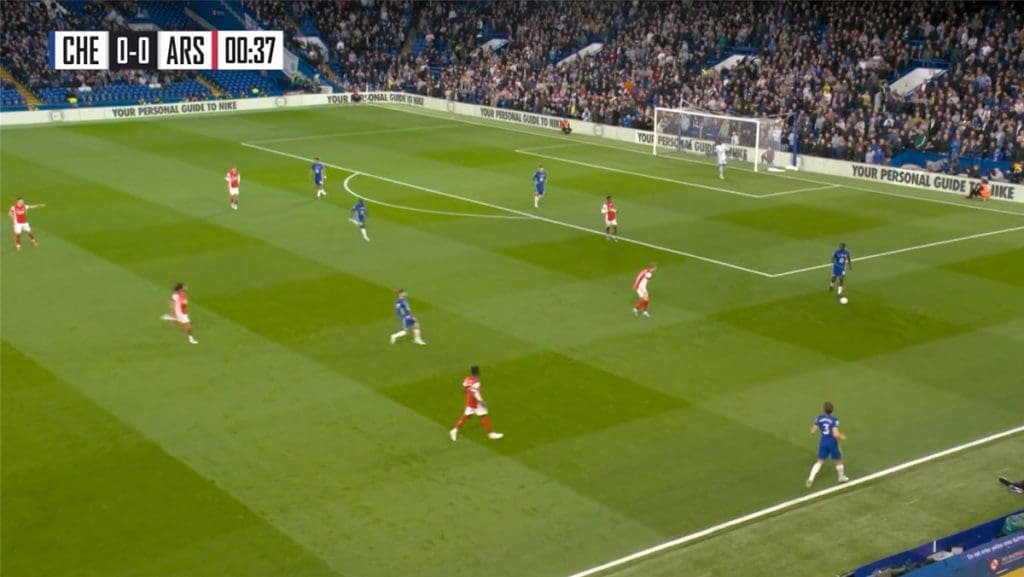 In another setup, Rudiger has the ball, but Martin Odegaard is on his tail, a pass to Chelsea’s number 3, Alonso is also at risk because of Saka, who’s closely making his way towards Marcos Alonso to again disrupt Chelsea’s effort to build it from the back. 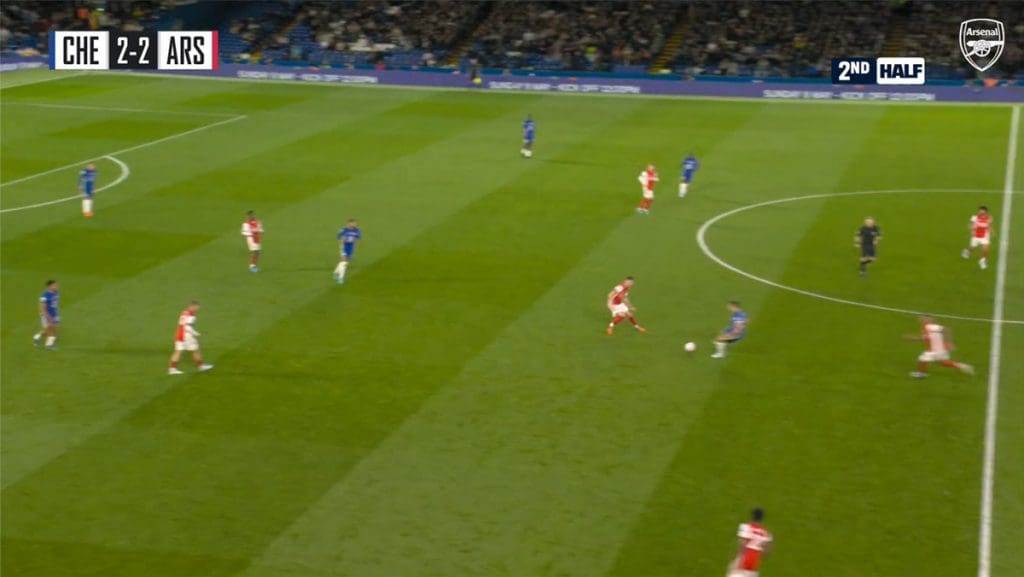 Chelsea is in possession, a player receives the ball in the middle of the park, he’s closely watched by a Gunner while another one on his way to attempt a snatch. Outcome? He tries to make a pass hurriedly but is intercepted and ends up in an Arsenal attack.

On the other hand, Ralf Rangnick’s side is still struggling to find their winning formula. With only 4 wins in their 14 Premier League ties, United are much behind in the race to the top 4 of the league. The Red Devils defeated Mikel Arteta’s side in the reverse encounter earlier this season, with Cristiano Ronaldo’s double helping them to a 3-2 triumph. The Manchester club will be hoping for a repeat performance against the North London team at home. The Red Devils are devoid of not just confidence, but also quality, organisation, spirit, and guidance after being humiliated at Anfield with a performance that has been universally referred to as disgusting. A group of people bumbling their way to the season’s final day, where they will either be forced out or force their way out. From the top-down, Manchester United is a disaster.

Despite the fact that he has struggled to make an impression in recent games, the English midfielder has showed us what he is capable of. So far this season, the 21-year-old midfielder has 10 goals and two assists in 31 appearances for the Gunners in all competitions. A Hale End Academy graduate, ESR also had a goal against Chelsea in the midweek, a match in which his intelligent off the ball movement and excellent game reading contributed to 2 of his team’s goals. 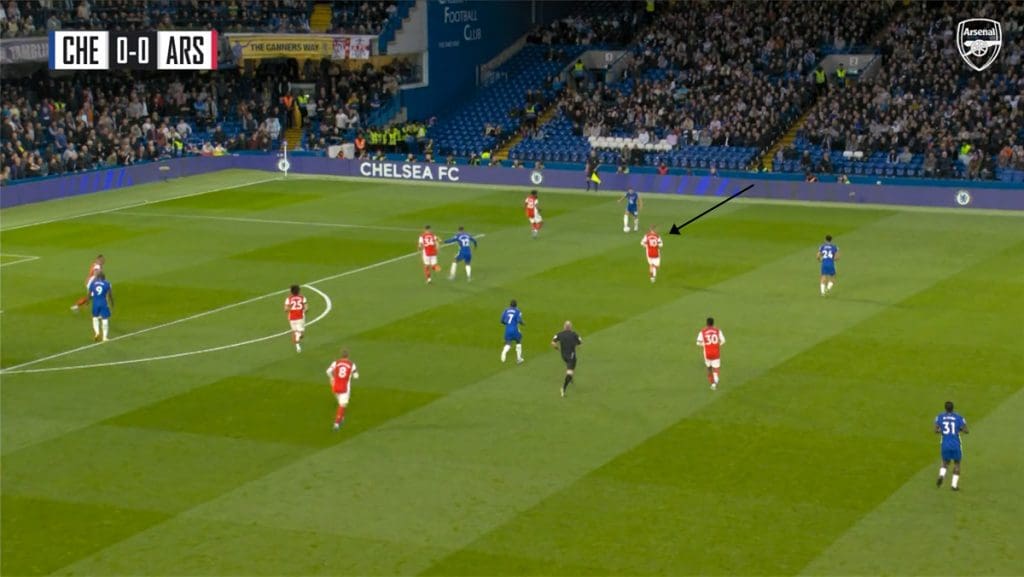 Before Arsenal’s first goal, Chelsea were comfortably in possession, ESR is a bit away from Ruben Loftus Cheek (12). 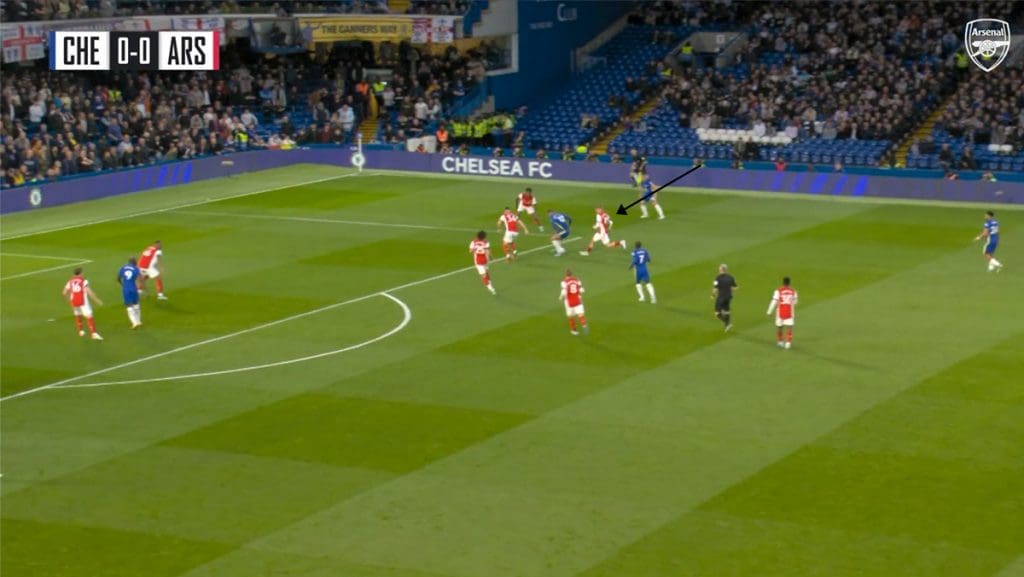 As soon as the latter gets the ball, ESR quickly leaves his habitat and closes in on RLC, thus winning the ball from him. This smart move eventually set up the first goal scored by Nketiah. 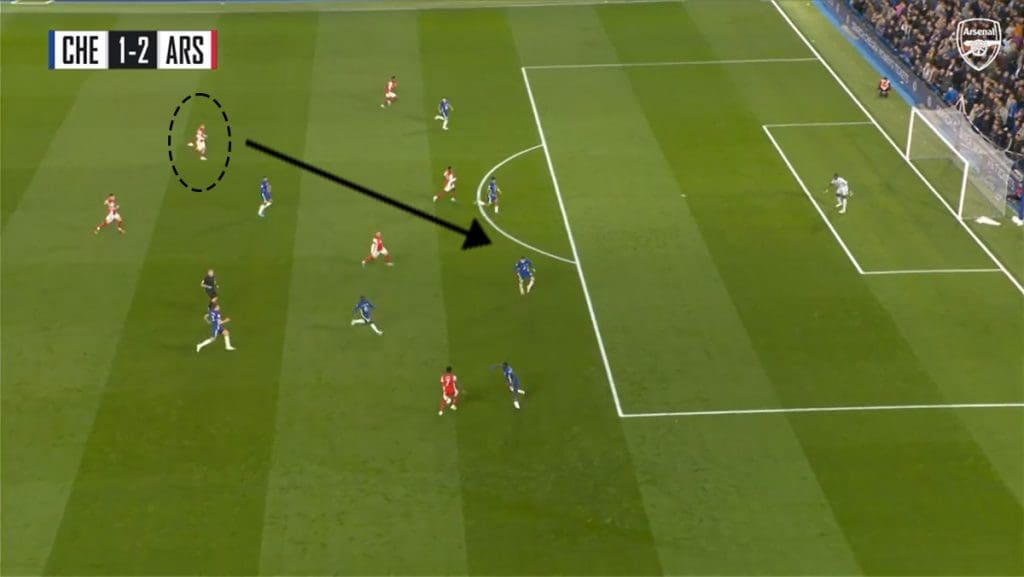 During Arsenal’s 2nd goal, Saka is seen being in possession of the ball, and evidently, he has quite a number of good options, ESR is surely not one of them but he smartly makes his way near the Penalty box anticipates a pass and eventually gets one, a grounded shot on his first touch and Arsenal had their 2nd goal. In the 2021-22 season, he played as an offensive midfielder, left midfielder, central midfielder, left winger, second striker, and center-forward due to his versatility. The Manchester United backline should be aware of his threat on the ball.

An obvious name in this segment, CR7 still fresh from his 2 consequences hattricks in United’s last 2 home outings, has still got the fireworks in his Arsenal to light up The Emirates in his name. A serial winner, a lethal header of the ball, Ronaldo already has more than 20 goals for United in all the competitions in this season. This season, the Portuguese superstar has been our major talisman at Old Trafford. Despite his advanced age, he has often carried this squad on his shoulders. On his best days, he can be a threat to even the best, as he demonstrated against Dean Smith’s troops. We’d like to see a hint of this ferocity in front of goal as we try to snare three crucial points against Arsenal in our effort to qualify for the UEFA Champions League next season.

MUST READ: What will Erik ten Hag bring to Manchester United?