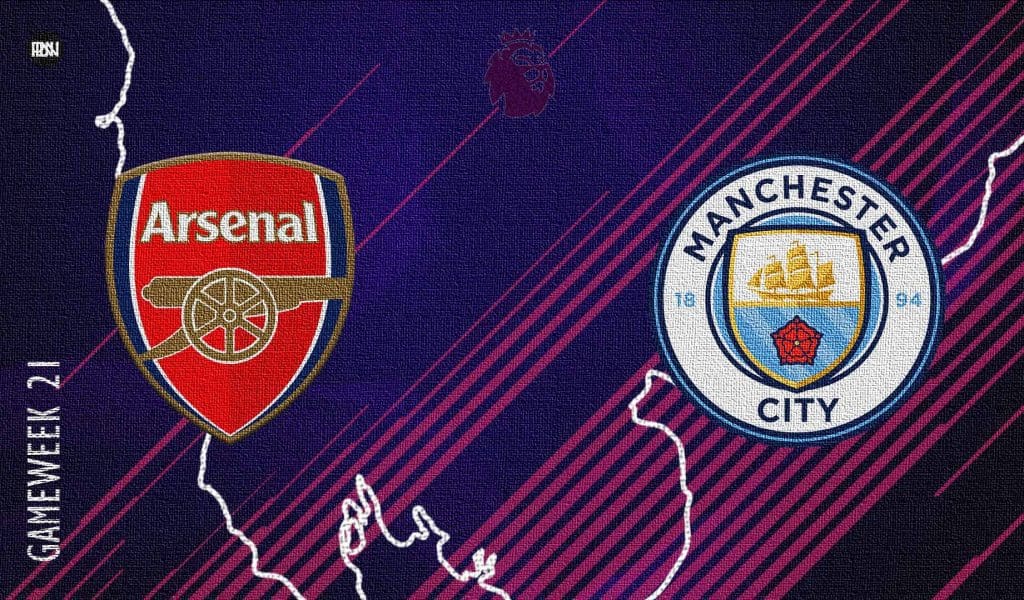 It is a New Year, and 2022 shall perhaps be one of the most exciting years in Premier League history. It is certainly going to get a rip-roaring beginning as Arsenal host Man City at the Emirates stadium.

What a year it has been for the Gunners. Until 2020 December, everybody believed that Mikel Arteta would be sacked after going three months without a league victory. But the Spaniard has hit back at his critics and garnered almost as many points as Liverpool in 2021. The Reds did have one of their poorer seasons last year but that does not take away from the success of the Gunners. They also ended 2021 on a good note by winning 4 games out of 6 in December. What has been even more impressive is that they have scored 14 goals in the last four games and conceded only once. It shows the potential within the ranks and the belief in the manager. Mind you, this was a team that lost its opening three fixtures but is now the favourite to land the 4th spot on the table and will give Liverpool and Chelsea a run for their money on the 2nd and 3rd spot if they continue their good form. However, their first test in 2022 shall be arguably the most in-form team in the world at the moment. Man City are favourites to retain the title again, and they will take some stopping. They have mauled teams left, right, and centre and have taken no prisoners. In fact, the Gunners were one of their first victims this season as they demolished them with a 5-0 scoreline before the first international break in August. But this is perhaps the strongest Arsenal side, rather the most determined, since Pep Guardiola entered English football. These were the 3-time Premier League-winning manager’s words as he prepares to take on his former pupil, who has turned the fortunes around of one the most historic sides in the country. Arteta can send a statement across the top flight by defeating the runaway champions on Saturday afternoon, but doubts would be cast if they lose heavily. It shall be an entertaining game, but the Gunners will be anything but intimidated going into this tie.

Words alone cannot describe this incredible Manchester City side. They turned things around in the first half of 2021 and won what was truly theirs. Their start to the current campaign was not the best, and they trailed for the better part. But they took hold of proceedings in December and slapped teams with their brilliance, tenacity, and desire. Pep Guardiola & co are a machine and will stop at nothing this season. Striker or no striker, they have umpteen different scorers and umpteen different ways of scoring. Their most recent outing against Brentford proved that they have a game plan for each team and can defeat sides regardless of the team selection. They are the modern-day Superclub, and few can argue with their success or the poise by which they approach games. One would argue that this is often the result when a world-class manager is combined with a club that has the habit of spending big, but utilizing it to the best of your advantage is the challenge, and this team have done it as elegantly as ever. They will start 2022 by facing an in-form Arsenal side, but Guardiola knows that every team is just another victim to his merciless side. Arsenal could field their best XI, and Man City can embarrass them without their strongest starting line-up. The gulf-in margin is huge, but the Citizens never take anything for granted. Manchester City like to win games by running up the scoreline and getting to every ball faster than the opponent. They thrive on their greatness and get motivated by the weaknesses of the opposition. City are likely to start the New Year the way they ended it. They could also be shocked, but they rarely do, especially in front of their home fans. This is their turf, their game, and their best players of it. The result is often the same, and Saturday afternoon might not be any different.

Mikel Arteta will not be present at the game after contracting the Covid-19 disease. Assistant in charge, Albert Stuivenberg, will, however, have some injury concerns going into the game. The defence and the right-back slot, in particular, is bound to be a challenge since Takehiro Tomiyasu, Calum Chambers, Ainsley Maitland-Niles, and Cedric Soares fell ill to the coronavirus recently. Thus, Arsenal could either revert to a back three or have the versatile Ben White play in that slot. Moreover, Thomas Partey shall be playing his last game before travelling to the AFCON. Mohamed Elneny shall also follow suit.

Thus, there are a fair few concerns for the Gunners, but Stuivenberg will be hoping to pick up a victory in his first game in charge of the Emirates outfit.

One of the reasons Pep Guardiola and his side have been running away with the title has been the lack of injury issues and Covid-19 concerns. Going into the weekend tie, the Spanish manager only has two concerns. John Stones and Rodri could be doubts after failing to make the trip to Brentford on Wednesday night. However, both stars are expected to return for the game. The former Barcelona and Bayern Munich winning coach is expected to play his strongest starting XI since they have no mid-week games and will also only have an FA Cup game on the following weekend.

Arsenal to play over the high line of Man City?

Man City may be the best team in the land, but they have their weaknesses. And no one understands that more than Mikel Arteta. The Arsenal may have contracted the Covid-19 but would be sure to pass on the necessary instructions to Stuivenberg. The Citizens do play an incredibly high line to squeeze the life out of the opposition. This method also helps them to retain possession continuously while the pace of Rodri, Joao Cancelo, and Kyle Walker stop any and all counter-attacks. But the Gunners have mastered the art in recent weeks, and the likes of Bukayo Saka and Gabriel Martinelli are incredibly efficient on the break. To add to this, Alexandre Lacazette is in the form of his life and shall be making the false runs to allow the wingers to run on the wrong side of the City centre-backs. The visiting side are going to keep a majority of the ball, but Arsenal will be sure to hurt them when they lose possession by timing their runs and being clinical in front of a goal that has only been penetrated 12 times this season.

Manchester City to go full throttle in the opening half?

If there were not enough ways for the reigning champions to win a game, they have unlocked a new way this season. In the past three months, they have gone on rampaging opening halves, scoring goals for fun. In fact, they have scored 21 goals in the first half of the past 13 games, more than any other side in the same period. Thus, they are likely to do the same on Saturday. One thing that does help them is that they gain early control over the ball and the likes of Phil Foden and Raheem Sterling occupy good areas around the box. They lure defenders towards them, leaving Ilkay Gundogan and Kevin de Bruyne in enough space to create or score from favourable areas. Their intensity does slightly drop after the opening 35 minutes, but they maximize their potential in this period. Thus, the first half could be key, and Guardiola will be sure to shout out instructions from the get-go so that his side can take an early lead and then play the game at their pace.

The Englishman is likely to be played out of position on the weekend. Takehiro Tomiyasu, Ainsley Maitland-Niles, Calum Chambers, and Cedric Soares have contracted the Covid-19 disease, leaving the former Brighton star to deputize in a position he has never played in this season. Moreover, he shall have to provide protection to Rob Holding as well, who has a mistake in him. Thus, the 23-year-old’s responsibilities are going to be massive as he shall have to stop Raheem Sterling from cutting in on his left foot but also ensure that Holding is not outmanned by two or three City midfielders and attackers at the same time. Arsenal paid good money for Ben White to solve their centre-back issues in the summer, but he shall now have to be equally good in a role he thought he was done playing in. The start of the New Year will see him experience the game from a different viewpoint, but Albert Stuivenberg is going to expect the club’s prized asset to maintain his top-notch performances, regardless of the role or the top-quality opposition.

The frontline and the defence have stolen a lot of plaudits at the Etihad this season but the midfield is the link that has been making the team tick. Saturday shall be no different with Rodri likely to play an important role. The Gunners are sure to play on the counterattack and get behind the high backline of Man City. Laporte, Dias, or Stones are not the quickest, but Rodri is certainly agile and can beat most players in a 30-meter sprint. His strength also ensures that he wins most duels. However, his attacking nous is also going to come in handy since Arsenal would make sure to crowd out Man City’s attackers. Thus, the Spanish midfielder shall need to find the telling pass and keep dictating play for the entire ninety minutes. He missed the clash against Brentford but will be sure to make his mark on his return on the New Year. Moreover, he bagged the 4th goal in the 5-0 win against Arsenal at the start of the campaign and one would not bet against him doing so again, given his precision placement of a rolling ball into his path.