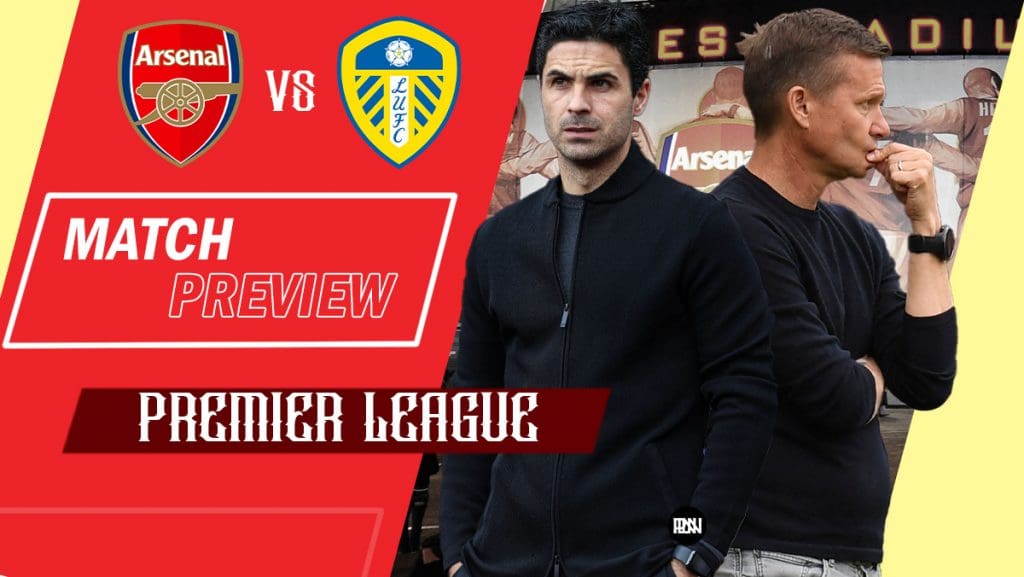 Two teams fighting their own battles on the two opposite flanks of the table will be facing each other, with a possibility of putting each other’s position in trouble. Can Leeds United pull out magic at the Emirates or will their winless run at Emirates continue?

The Emirates is soaring up in confidence with the new dawn that Mikel Arteta has brought to the club, and with his Arsenal finally looking a resemblance of class and elegance that Mikel demanded from the team from day one. This is still just another phase in the long term project that Arsenal have endured with Arteta, and the show of trust from the owners and board is just above and beyond as the Spaniard was handed a new three-year contract today. The duo of Mikel and Arsenal has got everyone around the globe on the edge of their seats, well some of Manchester United’s so-called legends want Ten Hag to follow what Mikel did at Arsenal (they probably are jealous looking at the state of Old Trafford) – and when this thing goes boom…i’d say to you Gooners – be excited!

Arsenal and Mikel Arteta will be in a state of worry after missing Ben White in their last game although fortunately both the starting centre-backs, in Rob Holding and Gabriel, were the eventual scorers in the match. White will be assessed before the match and the final call will be taken at the last moment. Confirmed absentees will include Partey and Tierney who remain the long-term misses.

If Arteta is in a pool of trouble, Marsch is just diving in the ocean as his team will be without a total of 6 senior players who will be missing this game due to injuries. The list includes Cooper and Bamford ruled out in this match and Dallas, Forshaw, Roberts and Summerville being the long-term absentees.

Two teams for whom 3 points are a must, for reasons completely different, will be facing each other this weekend with the loser to take a harsh setback in their goal to end the season. Arsenal are the team in-form and look pretty much ready to secure the top 4 spot and a chance even to leapfrog Chelsea in 3rd. The win against West Ham just has pushed them to maintain a cushion over other teams fighting for their spot. With Arteta signing a new contract, the spirit in the dressing room will be high and the players must be very optimistic to finish the season on a high. With Spurs facing a resilient Liverpool team, Arteta must be licking his fingers to grab the opportunity to increase the cushion before the North London Derby.

Leeds on the other hand finds themselves just a place above the relegation zone with an extra game played over lingering Everton. Jesse Marsch’s season has not been easy since the takeover as the possibility of helping his team to prevent relegation diminishes each matchday. A 4-0 thrashing to Manchester City definitely will lead to players dropping shoulders and the long injury list does add to the cause. Players will still be optimistic and have to find a way to not drop some big points against the two London clubs in consecutive matches with they welcoming Chelsea this midweek, after their travel to the Emirates. Talking about this match, Marsch will first be hoping to have a competitive enough starting squad so as to challenge the cruising Arsenal team and hope to pull out some magical performance. Although, Leeds have never managed to secure a win at the Emirates, a win this time could be the biggest in terms of the near future of the club.

Arsenal’s change in fortunes and form this season has to be credited to their change in goalkeeping position. Arteta was adamant on the acquirement of a new shot-stopper despite having Leno in his ranks and thus the arrival of Ramsdale was highly criticized. But the man has come up really good and has proved why Arteta wanted Arsenal to spend the €30 million price tag for the keeper. Ramsdale, by many Arsenal fans, has been considered as one of the best players for Arsenal this season with the Englishman stepping up on big days. Now as Arsenal are in the most crucial phase of the season, Ramsdale has to ensure that he can help his team to finish in their desired position and any mistake can cost his team a lot in the near future. Against Leeds, the game from the opposition will be based on moments and this has to be nullified by the Englishman and avoid any upsets.

Leeds United are hanging on the cliff and at this point, they need a star man to drive them through this stage. At this point, one man the fans will be hoping for will be the Brazilian star, Raphinha. The star winger is a man in demand with his future looking promising outside Leeds. He has been put under scouting by many clubs and are ready to put in big offers. But many of them will be hoping for Leeds’s relegation as this was lower his release clause to €25 million which will help them save around €50 million. But the Brazilian for sure will have some other plans as he will hope to finish the season on a high with his team even if this is his last season at the club. He now has the time to prove why he has a huge price tag on him and his stewardship can really inspire his team to finish the season well. 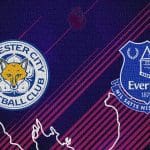 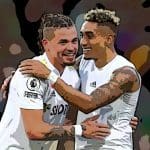