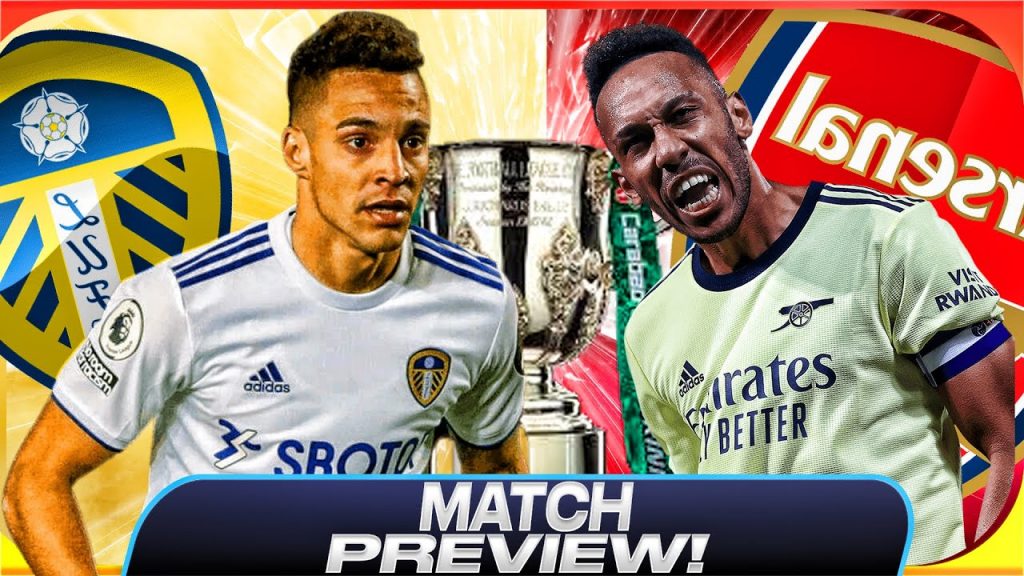 After a riveting weekend of Premier League action, the focus will be shifted onto the EFL Cup, with the Round of 16 set to undergo on Tuesday and Wednesday evening. One tie that will include end-to-end football will certainly be Arsenal vs Leeds United.

The pair have not met each other in the league this season, but the Whites failed to register a victory in both games against the Gunners last season. Moreover, the Emirates outfit have already racked up double the points Bielsa’s men have in the league this season. However, with changes set to be made for the Cup tie, it could be a thrilling encounter, given the gaps in both defences.

The Gunners have blown hot and cold in the Premier League this season but made easy work of AFC Wimbledon in the Round of 32 of the EFL Cup last month. However, they will face a completely different test when they go up against Leeds United.

The Whites are known for their heavy metal football and tireless running all over the pitch. Thus, while Arteta could bench some players, he would be aware that this is a competition Arsenal could go deep into and also win with a little luck. Several players made a case to start after their impressive outing against Aston Villa on Friday night.

Gabrielle Martinelli’s direct movement and quick feet will be necessary against an opposition like Leeds, and given that he has lacked the game-time, he will surely be one of the first names on the team sheet. Alexandre Lacazette could be yet another name that could be asked to lead the line as Pierre Emerick Aubameyang is sure to be given a rest. Nicolas Pepe and Martin Odegaard were both benched on Friday after their mediocre performance against Crystal Palace last weekend. The duo could now make a return.

A front four of Martinelli, Lacazette, Odegaard and Pepe could be lethal on the break as well as in possession. Leeds like to hound the opposition down, and Arsenal’s Norwegian play-maker can help keep the ball and bring a sense of calm when needed. Pepe is a willing runner and, more often than not, excels in Cup competitions. Lacazette could get some much-needed minutes under his belt while fielding someone like Eddie Nketiah or Folarin Balogun could also prove to be a crucial mistake.

Mohamed Elneny is likely to start as Thomas Partey will be given a rest. Ainsley Maitland Niles could start in a wing-back role or in the midfield position. Nuno Tavares impressed on his league debut against Villa, however, depending on Kieran Tierney’s availability for the Leicester game next weekend, a decision on Tavares could be made late into Tuesday. Although fielding Elneny against Leeds could be a huge mistake, Albert Sambi Lokonga might also eye a start, especially after he played only 70 minutes on Friday.

The Belgian’s mobility coupled with Elneny’s tendency to sit back could be enough protection for the backline. The back four might not change completely as one of Ben White or Gabriel Magalhaes might be named amongst the starters to ensure that at least one ball-playing centre-back exists in the ranks. Takehiro Tomiyasu is likely to be given a rest with Cedric Soares likely to start on the day. It is important that the Portuguese racks up some minutes, and given his ability to go up and down the pitch almost seamlessly, he could be a perfect option against the Whites.

Bernd Leno will almost certainly return between the sticks as he looks to win back his first-choice duties. Mikel Arteta will be eyeing to hit an early goal and then sit back and rip apart Leeds on the counter. Martinelli and Odegaard will be looking to make a good impression, while Pablo Mari or Rob Holding could also show their quality on the day and provide some much-needed competition in the centre-back roles. A quarter-final berth is on the line, and with Arsenal’s chances of getting into the Top 4 looking very dim, a Cup victory could just be the boost they need.

Pierre Emerick Aubameyang suffered a cramp against Villa, but it is not a serious issue whereas Arteta will not risk his star man in the Cup. Kieran Tierney is a huge doubt and is only likely to return for the Leicester game as the match on Tuesday could be too soon for the Scotsman. Granit Xhaka is the confirmed absentee as he looks to recover from his knee injury.

MUST READ: Why is Granit Xhaka so hard to replace at Arsenal?

MARCELO BIELSA LOOKING FOR A STATEMENT VICTORY FROM HIS SIDE?

7 points out of a possible 27 is a poor showing for a club that excelled last season. The Premier League has not been kind to the Elland Road outfit this season as they have suffered unfortunate victories despite their enthralling performances. However, the Argentinian boss might now be looking to send a message by putting the Gunners to bed on Tuesday and showcase his bench strength at the same time.

The defence needs to be far tighter than it has been this season. 16 goals conceded in 9 games has brought the club’s tally to letting in almost 2 goals a game. In fact, they also needed a penalty shoot-out to reach the Round of 16 in the EFL Cup. Thus there, there is a problem up top in terms of goals while the defence is also not rigid enough. Patrick Bamford’s injury has hit the club hard, and Rodrigo needs to step up at some point. And it looks like Bielsa is going to go with a full-strength team again as they did with the Cottagers in the last round.

Daniel James is sure to start on the wings, however, Raphinha might not be able to do so as he could face a late fitness test. James is yet to hit the ground running at Elland Road, but given that his style resembles the way Leeds function, the game against Arsenal could be a good day to show the Whites what he is made of. The Gunners often find it difficult to play against tricky wingers, and James could use this to his advantage. Crysencio Summerville is likely to be fielded on the right-wing and the 19-year-old does have a fair share of tricks up his sleeve.

Unless Kalvin Phillips can make it back in time, Pascal Strujik will play in midfield again with the likes of Mateusz Klich and Tyler Roberts. The latter has started to make more of a contribution in the final third in recent weeks, and he has a wide array of shots in his locker. He is acting almost as a second striker but shifts back and forth to be a connecting link between the midfield and the frontline. If Thomas Partey is missing in the midfield line on Tuesday for Arsenal, Leeds could dominate the centre of the pitch, and Strujik will be entrusted with the duty of dictating play. Klich will need to keep an eye on Martin Odegaard or the attacking midfielder that Arteta chooses to field on Tuesday. Jack Harrison might be given a rest and be used as a more impact substitute against the Gunners.

Young Charlie Cresswell might be brought into the backline in mid-week while Diego Llorente might accompany him. Liam Cooper could be benched so as to keep at least one of the defenders fully fit for the weekend game against Norwich City. Jamie Shackleton is likely to deputise again in the right-back role, while Stuart Dallas is expected to bomb down the left flank. Arsenal’s front four will be a problem to deal with, but if this backline manages to physically dominate the likes of Pepe, Odegaard, and Martinelli, they could demoralise them and force Arteta into changes.

Marcelo Bielsa’s football, although exciting, has its own weaknesses. His side will need to display on Tuesday that they can control a game and keep matters in their own hands. They certainly have the talent to do so, but the willingness is yet to be seen this season. Regardless, a victory in this game could just about be the confidence booster Leeds need to kick off in the Premier League this season.

Kalvin Phillips was named on the bench against Wolves on the weekend, but it remains to be seen whether Bielsa will straightaway name him in the starting lineup of a Cup competition. Luke Ayling is set to miss the next two games, and it will be a boost for the Elland Road club if he can make a return before the start of the international break in November. Patrick Bamford and Junior Firpo are set to be out against Arsenal but could be included in the squad to face Norwich next weekend. Robin Koch is a long-term absentee as he is now undergoing surgery in America, with fans awaiting a return date for the player.

MUST READ: Charlie Patino: The Rolls-Royce midfielder Arsenal have been brewing in their ranks

Why it is important that Mohamed Salah signs a new contract at Liverpool
Can a second-string Chelsea prove too good for Southampton?
To Top