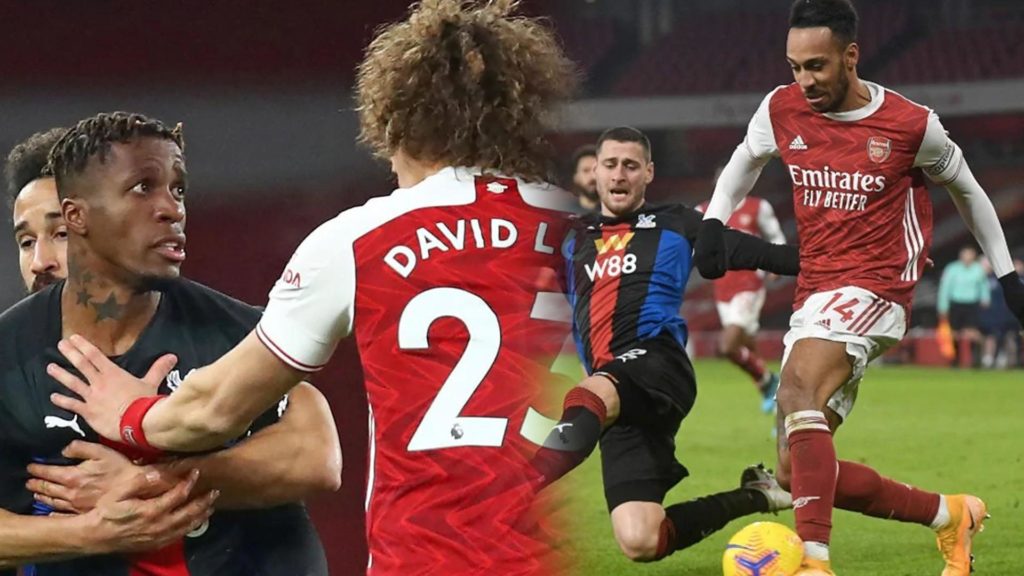 Arsenal came into the match against Crystal Palace with a three-match winning streak in the Premier League after beating the likes of Chelsea, Brighton, and West Brom.

However, their winning streak was cut short to only three by a typically solid performance by Roy Hodgson’s Crystal Palace. Defiant in their determination, Crystal Palace must be proud of themselves to be going away with a point from the Emirates Stadium against a side that has had an average aggregate score of 10-1 in their last four matches.

Here we look at how Crystal Palace held Arsenal’s run:

Crystal Palace was successfully able to block the passing lanes to Arsenal’s centre-forward in Alexandre Lacazette and No.10 Emile Smith Rowe which didn’t allow Arsenal any kind of central progression and hence the Gunners couldn’t exploit the box and space in front of the box as well as they had in recent games. Lacazette and Smith Rowe both tried to get into the game but they couldn’t do so and had to either wander into the wide areas or drop deeper to do so which hindered their effectiveness.

While Crystal Palace blocked the passing lanes continuously which made Arsenal try and pick space on the wide areas, however, Crystal Palace was quick to overload these areas and make Arsenal either lose the ball or go back to the defense. In particular, Crystal Palace blocked all routes for a systematic move to happen for Arsenal, and the only way the Gunners could have made changes was to take on the players one-on-one, which would have then opened up the opportunity for Palace to win the ball back and get on a counter.

All in all, it was a real rearguard performance from the Eagles who were set up well by Roy Hodgson and the players perform their task brilliantly.

Why Ainsley Maitland-Niles isn’t a left-back
Maupay’s winner haunts Leeds, as another defeat on the trot!
To Top