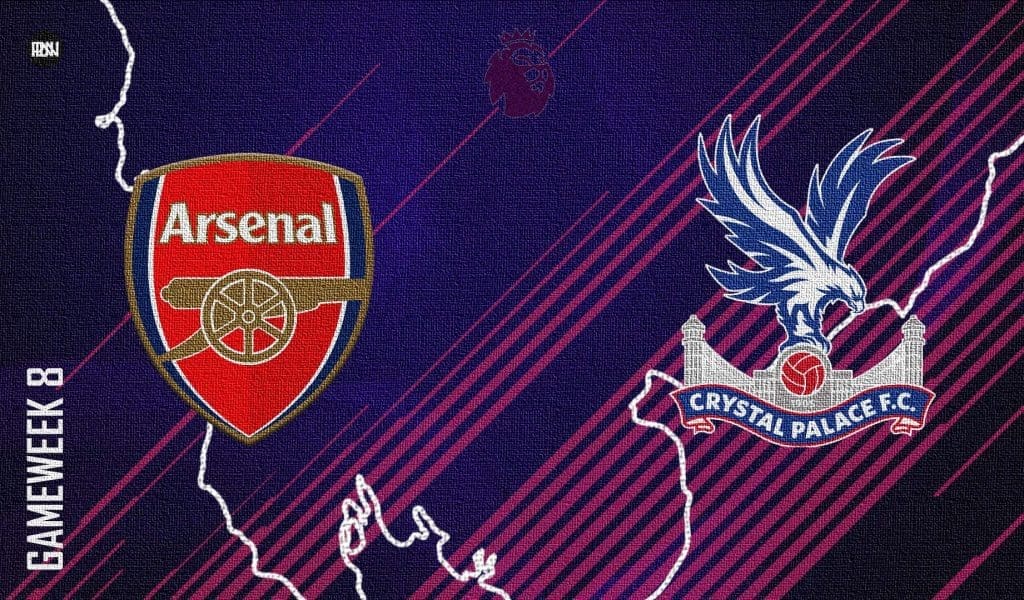 Two disciples of Arsene Wenger will meet for an enticing clash on Monday night as Arsenal takes on Crystal Palace at the Emirates.

Although a complete revival is yet to be done, Mikel Arteta has got the fans back on his side, and there seems to be a genuine belief in the dressing room as well. The signings made by the Spaniard in the summer are finally proving their worthwhile the current crop are also being pushed by the players on the bench. Thus, there is quality throughout the side, something that was on show in the North London derby last month. However, a stuttering performance against Brighton & Hove Albion on the last game before the international break proved that there are still some chinks in this armour and a good run means little to nothing in the Premier League. The Seagulls are above the Gunners in the league table for a reason, and they showed it by dominating the ball and winning more corners. Although both teams had two shots on target, Graham Potter’s men attempted 21. This would prove that they are wasteful, but it also proves that Arteta’s men are conceding chances and could be punished for it by quality opposition. While Crystal Palace have had their problems, they are capable of providing a shock to Arsenal at the Emirates. Thus, the Men in Red could lay down a marker and prove that they can go on a winning run and pull off a resolute performance against the resurgent Eagles.

There was little hope for Crystal Palace after the first three games of the season as they had failed to pick up a victory and were looking nervy under Patrick Vieira. The Frenchman had only previously managed Ligue 1 club Nice and MLS outfit New York City FC. Thus, the Eagles were taking a big punt on the iconic Arsenal midfielder, but his keen eye for transfers has helped him out tremendously. Conor Gallagher has been a revelation, while Odsonne Edouard and Michael Olise have been criminally underrated additions. A huge 3-0 victory against Tottenham in mid-September boosted the confidence in the squad, and have since picked up points against both Brighton & Leicester City, with the latter game consisting of an inspired come-back. Thus, the players have certainly rallied behind him and are starting to believe in his methods. However, the Selhurst Park outfit will face a stern test on Monday night when they face an Arsenal side that look to have found their feet this season. But that is the advantage clubs like Palace carry as they can astound the biggest of clubs by statement victories or through encouraging performances. They certainly have a chance to do so at the Emirates, and given that the atmosphere is upbeat in the locker room, one would not be surprised if they outplay the Gunners.

Mikel Arteta had to deal with a tumultuous period at the start of the season due to the plethora of injury problems in his squad. While most players have completed a return, one player that will not make the squad on Monday is Granit Xhaka, who is set to be a long-term absentee after his knee injury against Spurs three weeks ago. Gabriel Martinelli is also likely to be unavailable to play the Eagles as he suffered a minor injury last week. Mohamed Elneny, who has struggled to feature in the matchday squad in recent weeks, could be called back into the line-up depending upon the toll Thomas Partey took on while performing for Ghana in the international break. Takehiro Tomiyasu might not be a confirmed starter as he has had a hectic schedule with the national team. The Japanese had to travel to Riyadh and then back to his home country before flying out for England.

While he could still make the starting line-up, Mikel Arteta will have to make some tough calls and still manage to field a side strong enough to do the job against the South London outfit.

In a completely different spectrum than their North London counterparts on Monday, Crystal Palace had a positive outcome out of the international break as none of their stars suffered any injuries. However, Eberechi Eze and Nathan Ferguson are still in the recovery progress after suffering long-term injuries. The duo is believed to be making progress, but it looks like the game on Monday will be too soon for either to make a return, let alone feature in the starting line-up. In terms of selection, one player who will be looking to make the team sheet would be young Michael Olise. The 18-year-old made the move to Selhurst Park this summer and proved his quality against Leicester City in the game before the international break as he scored the club’s first goal which inspired a come-back. The starlet will be knocking on the door, and Patrick Vieira will have to make a telling decision.

However, apart from the duo of Eze and Ferguson, the French manager shall have the luxury to pick a starting XI that could cause the Gunners some real problems.

Mikel Arteta to play on the counter-attack again?

Arsenal have had a problem with keeping the ball at their feet this season, and it was visibly clear against Brighton as well that they cannot play through teams. In fact, out of the seven league games, the Gunners have played this season, they have not had the major share of possession in more than half of them. However, they have flourished when they have employed a more counter-attacking approach. Crystal Palace do like keeping the ball and certainly have the men for it. But with Mikel Arteta possessing two ball interceptors in the center of the pitch in the form of Albert Sambi Lokonga and Thomas Partey, counter-attacks could be a regular feature in the game and the pace of Emile Smith Rowe, Bukayo Saka, and Pierre Emerick Aubameyang will prove crucial as the game goes on. While not having the ball at the Emirates could lead to frustration amongst the fans, Arteta’s men will have to make it count when they do get possession of the ball, otherwise, it could genuinely create a hostile atmosphere in the stadium.

Will Patrick Vieira encourage his side to sit back and absorb the pressure?

It is quite clear that Arsenal will dominate the game if Palace go man-to-man and play an end-to-end game with them. The Gunners have a lot more quality in their frontline and can break open teams at their mercy if they have to. However, the longer the game goes, Arsenal will turn impatient as will the fans in the stadium. The South London club have a good setup as it allows them to stop threatening passes in between the lines. It is an extremely rigid defence but on Monday night, they will need to discipline themselves and run the hard yards. Once the frustration begins to show on the Arsenal players, Palace could start putting men ahead and turn on the pressure on Arteta’s men. The Emirates outfit often concedes goals in the middle of the second half, but the Eagles will have to put in their 100% as this Arsenal side has only conceded a single goal in the last four league games.

For all their good work before the international break, the Gunners are lacking goals. So far, they have only once scored more than a goal in a game and have failed to put matches to bed. Fixtures against the likes of Burnley, Norwich City, and Brighton were filled with nervy climaxes while the latter opponent could have taken all three points had they opened up Arsenal. Thus, Arteta needs to encourage his side to be on the front foot more often while Aubameyang need to start proving his mettle by knocking in the goals. Unlike previous seasons, the Gunners have no European distractions and are fit to feature every week with substantial rest. Despite all of this, the Gabonese has only found the back of the net twice in the league this season and was largely anonymous against the Seagulls, before being substituted 20 minutes from time. There is an over-reliance on him to provide the goals, but given that every other player is doing their job to their best abilities, the centre-forward will need to tap his quality and potential to score goals for fun again. Scoring against Palace will be a good start to get that process going again.

It is often seen in games against Palace, that defenders are drawn towards Wilfried Zaha as he is the starry dribbler on the ball and can hurt any opposition on his day. While this provides the Ivorian with a slight disadvantage, it does bode well for other players as they can make late runs in the box or find spaces in between the lines to hurt the opposition. One Palace player who can do so is Gallagher. The Chelsea loanee has been brilliant for Vieira this season and is only going from strength to strength. His movement and awareness in between the lines and under pressure could prove to be a vital asset against Arsenal on Monday night. Although they have only conceded 1 goal in four games, a moment of brilliance can open up the Gunners. Moreover, the enthusiasm and energy provided by Gallagher could also be crucial to the likes of Michael Olise and Odsonne Edouard, who could pick up good positions and hurt the opposition when Palace are in the ascendency. Vieira’s youthful side will need their young star to step up for them on the day if Palace are to pick up their 2nd victory of the season.

Willie Kirk’s Sacking: Are Everton too ambitious for their own good?
Why has Nikita Parris not started well at Arsenal?
To Top