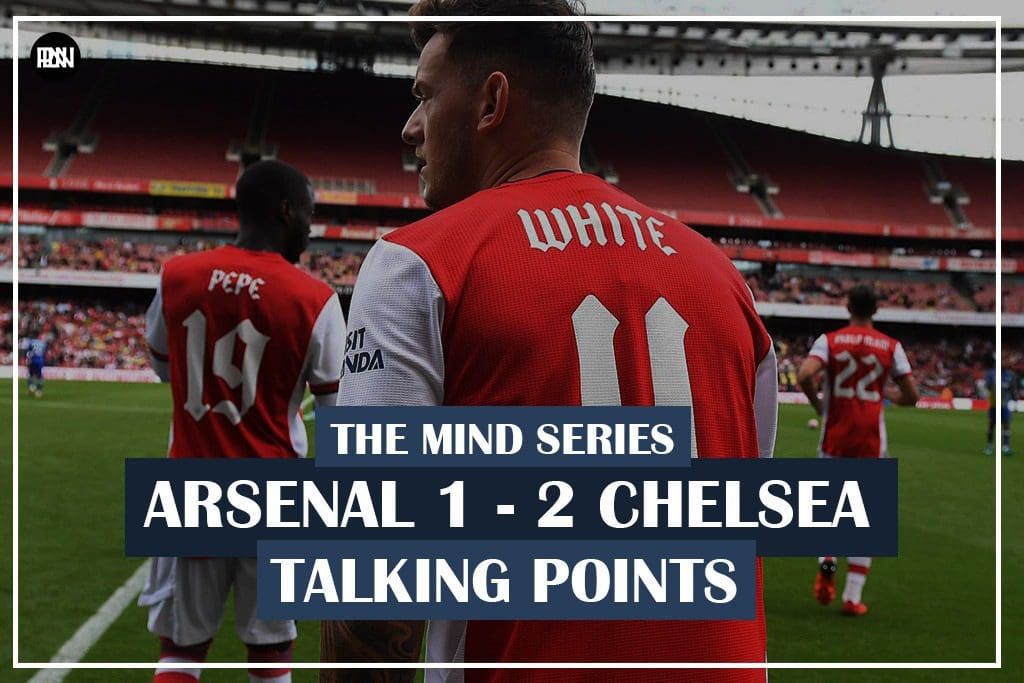 Arsenal had their first outdoor game at the Emirates today in the Mind Series Charity friendly against London rivals Chelsea. The Gunners seem to have taken on from where they left off last season, as the defeat against Chelsea shows Arsenal are far apart from casting off the woes of last season.

Here are the major talking points from the match later today at the Emirates Stadium:

1 – There were some good bits about the game though, as the Gunners certainly played with more attacking intent than they did for most parts in the Premier League last run out. They were often able to break into Chelsea’s box plenty of times, with Joe Willock scoring a goal that the linesman wrongly ruled out. The team created enough high-quality chances to come away with more than 1 goal. The big shift is that they’re playing a higher line. That’s giving the team more in the opposite third, though it exposed the defence time and time again.

2 – Ben White looked decent when he came on, he made a couple of goal-line clearances. He looks assured on the ball, he’s fast, and you can see his range of passing is good. I don’t think anyone can deny the need for him after watching a high line with Rob Holding and Pablo Mari in the first half.

3 – Whilst Willock is a messy player, but he causes chaos. His rangy runs and attacking mindset caused issues for Chelsea and it livened up our game. I expect him to leave, but it’s worrying a player we’re sending to Newcastle had more zest than nearly all our attackers.

4 – The star of the match was once again Sambi Lokonga. He came on and the game opened up. He’s fast, he moves the ball with vertical purpose and reads the game really well. He’s looking to be every bit of a bargain signing. We don’t need to experiment with Mo Elneny, Sambi should be getting first-team minutes from the start next season

5 – The major disappointment was that Thomas Partey was crunched and hobbled off injured. He was absolutely brilliant in the first half. He carried the ball, he opened the game up with his passing, he pressed hard… It such a shame his day was cut short, but hopefully, it’s not too serious.

6 – So, in short, a bit of a worrying day out. There’s two weeks to go before the start of the season, we still need about four players, and the coach needs to fix a lot of issues on the training ground if the team is going to put on any better showing in the coming weeks and months.