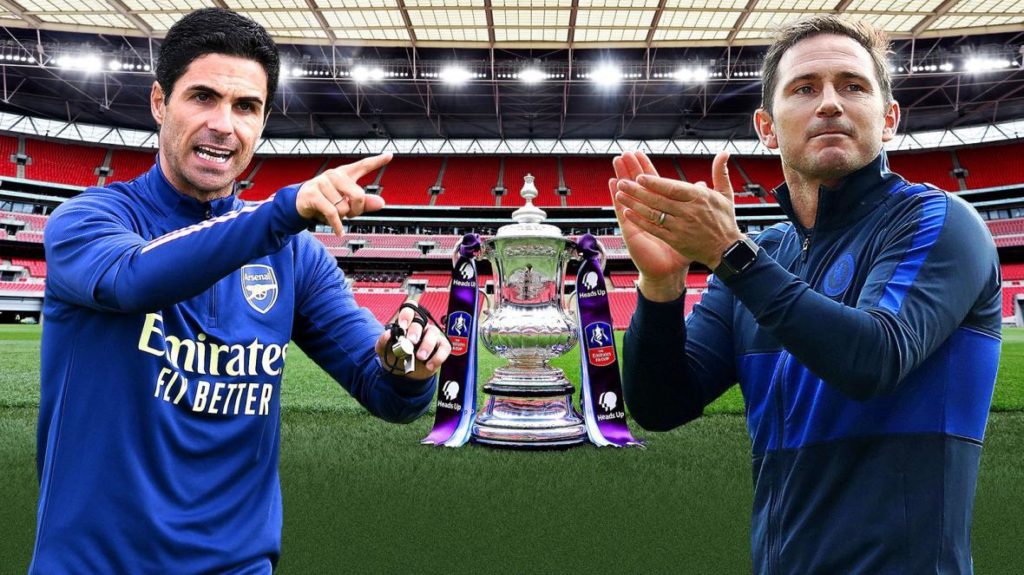 Arsenal and Chelsea will go head-to-head in the FA Cup at Wembley Stadium on Saturday with a trophy at stake for both teams.

This is the only chance for both the teams to secure a trophy this season. Arsenal have already been knocked out from the Europa League and have finished 8th in the Premier League. Whereas Chelsea are 0-3 behind on aggregate against Bayern Munich and finished 4th in the league.

Here are five key head to head battles that could decide the fate of the match tomorrow:

Pierre-Emerick Aubameyang is probably one of the main reasons why Arsenal didn’t finish in the bottom-half of the Premier League. The Gabonese striker finished second in the top scorers list with 22 goals this season. He has been the best player for the Gunners this season and will be needed to give his best tomorrow for them to achieve a good result.

Chelsea’s American winger has been a treat to watch this season. His blistering pace, quick feet and ability to shoot from both feet makes him impossible to defend against. Pulisic has made 15 goal contributions in the league this season, an impressive tally considering he was out injured for almost three months.

The American made an instant impact coming off the bench against Liverpool, assisting Abraham and scoring another goal in quick succession, and will be expected to start against Arsenal tonight.

This season has not been the best for Alexandre Lacazette in the Premier League. The Frenchman has scored ten goals and provided with four assists which are mediocre numbers for a striker at a top club. Although, he has played an important role for the Gunners for where they have finished in the table and will be important in today’s game for the Gunners to score.

Olivier Giroud has clearly been Chelsea’s best performer since the restart. The Frenchman has shown excellent professionalism throughout the first half of this season, where Tammy Abraham was preferred over him in the league. But an injury to the young forward meant Lampard had to stick to Giroud as his main striker. And the World Cup winner has not disappointed, scoring vital goals in the league and the FA Cup since the restart.

Nicolas Pepe has had a decent first season as an Arsenal player. The player has provided six assists while also scoring five goals for his club. He is an important figure in the Gunners’ attack and will be needed to perform well tonight if the Gunners want to win the FA Cup.

Willian has been an important creative force for the Blues. This could be his last season as a Chelsea player. Ahead of his rumored move to Arsenal, this could be his chance to show Mikel Arteta what exactly is he about and why he is regarded as one of Chelsea’s top players.

Granit Xhaka is a colossal figure in the Gunners’ dressing room. He is the captain of the team and is one of the fan favourites. He is regarded as one of the most important and underrated players in the league and his leadership and defensive attributes must be on full display tonight to ensure no errors from the Arsenal defence.

N’Golo Kante has not been at his best this season. He has been injured several times and has put out mediocre performances a lot of times this season. He will be needed to maintain a good defensive stability and connect the Blues’ attack and defense tonight.

Kieran Tierney has remained injured for most of the season. But when he has played, he has ensured to make a good account of himself for Arsenal. Since the restart, he has been probably Arsenal’s best player alongside Bukayo Saka and will be needed to create goalscoring opportunities for Aubameyang and Lacazette tonight.

Marcos Alonso is a decent figure in this Chelsea team. He has  scored four and assisted two goals this season in the Premier League. He is not the best player in terms of defending but is important for Chelsea to create chances. He is also an excellent free-kick taker.

How can Arsenal line up against Chelsea? | FA Cup Finale 2020
Aubameyang double powers Arsenal to FA Cup victory
To Top