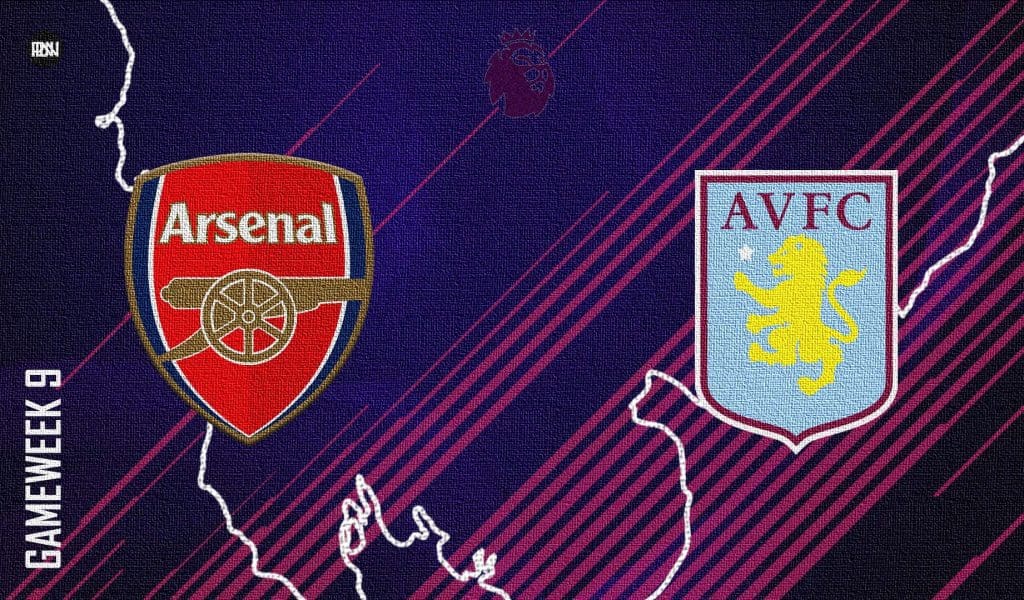 The Premier League has an exciting twist to it this season due to its frantic nature and the unpredictability of each game. There are few major horses in the game now, and each one is catching up to the other. The first fixture on Matchday 9 will be a perfect summation of that when Aston Villa visit the Emirates to face Arsenal as both teams look to make it into the top half of the team.

The sorry situation of Arsenal was clearly depicted when Alexandre Lacazette celebrated a last-gasp equalizer against Crystal Palace at home after being outplayed for large parts of the game. However, the worrisome thing for the Gunners would have been to see that in the space of two months, Patrick Vieira has built an identity at Selhurst Park, and Mikel Arteta is yet to do the same despite spending 20 months more in North London. Strikers as slow and burly as Christian Benteke were moving past players like Ben White and Gabriel Magalhaes like the age barriers were reversed. Odsonne Edouard should never have scored the 2nd goal for Palace, but Arsenal invited the pressure and settled for mediocrity. There is a certain attachment to Arteta and the expectancy that he will produce the same football that he learnt from Pep Guardiola at Man City. However, the fact of the matter is that Guardiola did it with an expensively assembled squad and after spending nearly a decade coaching in Spain and Germany. Arsenal, who are 13-time Premier League champions, have no business spending even second being 12th in the Premier League table. Trusting in the process is getting harder by the day for every Gooner and a rebuild is supposed to be filled with enthusiastic periods rather than ones filled with depression. Aston Villa can only make them feel sorrier on Friday night, and they are exactly the kind of team that can give some kind of lesson in identity to Arteta and co. Dean Smith has built one heck of a side at Villa Park, and although they are a position below on the table from the Gunners, they are a well-drilled side that could cause a huge worry amongst the Arsenal faithful by the end of the weekend.

Jack Grealish leaving the club was always going to be an issue for the Villans, but they recruited smartly by bringing in Emiliano Buendia, Leon Bailey, Danny Ings. However, they forgot to bring in some quality defenders at the back. Leicester City, who are more or less run on the same financial model as the Villa Park outfit, have always proportioned their transfer budget in perfect ratios. That might have meant that they might not always get the best front players, but they did not change their ways. Dean Smith only brought in Axel Tuanzebe and Ashley Young, and the duo were never going to cut it for Aston Villa. They have already conceded 12 goals this season, with the likes of Tyrone Mings, and Ezri Konsa are unable to produce similar performances to last season. This has also led to their results being completely topsy-turvy. They have won against Manchester United and Everton in back-to-back weeks but went on to lose against Tottenham Hotspur and Wolverhampton Wanderers after that. They need to be far more consistent against teams that play on the counter-attack and need to use their possession more. Arsenal may be one of the best teams to face in the current climate, but they have enough quality to punish the opposition when they make mistakes. Villa need to be more rigid and firmer in their challenges and far more organised because the goals will surely come. They have scored in all but 1 game across all competitions this season. Thus, the game-plan will be clear on Friday night and whilst they will be the underdog, it could just be that they are the team in the ascendency for large parts of the game. They just need to understand how to use the possession to the fullest and open up an Arsenal side that is lacking confidence.

Mikel Arteta has very few worries ahead of facing Aston Villa as his only long-term absentee is Granit Xhaka, who has been out since he suffered a horrific knee injury against Tottenham Hotspur in the North London derby. Bukayo Saka had to go off against Palace after suffering a rough challenge, but it has since been revealed that the English international looks likely to be in contention to face the Villans on Friday night. Apart from that, there are no issues in the Arsenal squad, but one change that could happen is the inclusion of Albert Sambi Lokonga instead of Nicolas Pepe. It was getting way too easy for Palace to play through Thomas Partey, and none of the midfielders were doing a good job at providing some cover. Sambi Lokonga can push ahead as well as defend, and although he was at fault for Palace’s 2nd goal, he is a proper central midfielder rather than the makeshift ones Arteta fielded on Monday.

Dean Smith was handed a boost on Sunday when his South American duo of Emiliano Martinez and Douglas Luiz were fit to feature against Wolves. The pair are likely to be field again on Friday. Matty Cash suffered a dead leg in the same game but should be fit to face Mikel Arteta’s men. There are, however, doubts regarding Bertrand Traore and Leon Bailey with both wingers out with injury in the game on the weekend. Although Bailey has not featured in a game for over a month, he could make his return against the Gunners. Morgan Sanson has also returned, but it does not feel as though he will start on the night. Besides that, Dean Smith will be carrying a fully fit squad to the Emirates.

Arsenal to press from the front?

There are few game plans the North London club can execute perfectly. However, a quality their Spanish manager has inculcated in them is the art of pressing together. There is a sense of cohesion when they pressure the opponent into giving the ball. This could be key when they face the Villa Park outfit as they have been susceptible to losing balls in pressure situations. Chelsea took advantage of it in mid-September while Tottenham too exploited it. There is an over-reliance on the likes of Douglas Luiz and John McGinn to keep the ball moving, courtesy of which they often receive passes in the centre of the pitch to move the ball from side to side or find the telling pass. However, these can certainly be cut off while neither midfielder has the technical skill to play through a press. Emile Smith Rowe and Bukayo Saka are energetic attackers and could pick the pocket of the Villa defence or midfield and take it upon themselves to punish the opposition or hand it to the man who is in red-hot form in Pierre Emerick Aubameyang.

Could Danny Ings and Ollie Watkins open up the Arsenal defence?

Odsonne Edouard and Christian Benteke enjoyed their time against the Gunners because they were not quickly closed down nor were they pressed into making a pass. Ings and Watkins could not only punish Arsenal but completely break the shackles. Burly strikers are something this defence has not found a way to cope with yet, something evidenced by their performances against Romelu Lukaku, the aforementioned Benteke and Ivan Toney. Moreover, Watkins can only also outpace both of Arsenal’s centre-backs. Thus, Ings could just win the first ball, and his English compatriot could simply play off him. Villa might not have a major share of the possession on the day and, thus, counter-attacking or finding an outlet in their two strikers is their best chance of scoring goals. Watkins is yet to find the back of the net this season, but he scored twice at the Emirates last season before also scoring against them at home.

Facing two strikers like Ings and Watkins is not an easy task by any means, especially if Villa resort to pounding the balls into the box. The lacklustre defensive display by Magalhaes and White on Monday night cannot be repeated again. However, White did perform incredibly well against both the Villa strikers last season and knew how to stop their threat. Although Brighton are a tad more organised than the Gunners, the Englishman will need to be the alpha dog against the two English strikers on Friday. He will need to win the second ball and keep a check on Watkins’ runs behind the last man. Dean Smith’s men also press the opposition defenders, and White will need to organise the play from the back, given that he is slightly more comfortable than Magalhaes with the ball at his feet. It could be a game of minute details, and the English defender will need to be the difference-maker for his side on the day.

Arsenal are sure to hold the lion’s share of possession on Friday, and Villa will need their central midfielders to be pro-active at the back and in the attacking half as well. McGinn has only contributed to 2 goals this season but has been key to feeding the ball to the centre-forwards by winning the ball in midfield and creating chances. Ings and Watkins are likely to stay up top when the Gunners are attacking and, thus, there needs to be a connector between the defence and the frontline. The Villans cannot expect to clear every ball out or knock it long for Ings and Watkins to control and start an attack. The Scottish international is adept at keeping the ball moving and finding passes in between the lines. He will need to run his socks off, however, if Villa are to make their chances count against Arsenal. 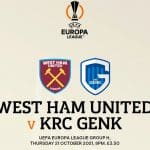 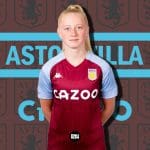