Arsenal continue their League Cup journey this mid-week when they play hosts to League One side AFC Wimbledon. The Gunners had their chips down the last time they played in this competition and a night off in West Midlands helped them to get much important winning feeling to what was a disastrous start to the season. Arsenal have built on their 6-0 win over Valérien Ismaël’s West Bromwich Albion with a couple of 1-0 wins (and a catastrophic loss to Manchester City at the Etihad Stadium). Mikel Arteta’s men have a North London derby at the weekend to prepare for and Carabao Cup will play a perfect role to help them make ready for Spu*s with rest to the worn out legs and a stage for unwilted faces craving for game-time.

Albeit the air around the Emirates was rather dab the last time around (Round 2), it reeks of positivity owing to the resilience, grit, and excellence the Gunners have shown over the past couple of weeks. Its tough to get up from what they’ve been through and Arteta’s men are standing on their feet now despite all the criticisms and slagging – they have done it though. The points might come from compact victories but those have replenished the Gunners’ faithful with much needed confidence. Now that the creativity has started to show, the ruthlessness in front of the goal will start to come – hopefully as soon as the upcoming weekend. You know why 😛

While for the visitors, they have enjoyed a decent start to the season under Mark Robinson. Though their preparations to make the short trip to the Emirates Stadium was hiccupped by Plymouth Argyle, who marginally took three points from Wimbledon after Ryan Hardie’s goal proved to be too much for the day.

For the hosts, Mohamed Elneny has returned to training following his hamstring injury from earlier this month, although Wednesday comes too soon for him to feature. The Egyptian is expected to recover in time for the North London derby at the weekend. Another major concern for the Gunners faithful is one of Kieran Tierney – the Scot had to walk off at Turf Moor at the weekend after suffering from cramps, though KT will be available for selection. He is though expected to be given a day off with his deputy Nuno Tavares expected to start anyway. Granit Xhaka will serve his final match as regards his suspension owing to the red card he received on the trip to the Blue side of Manchester.

As for the visitors, AFC Wimbledon have some positives ahead of their trip to the Emirates Stadium as they welcome academy graduate and club’s joint-top goalscorer (this season) Jack Rudoni back into contention. Rudoni missed Wimbledon’s last two games (against Morecambe and Plymouth) owing to slight muscle injury – although the 20-year-old has returned to full training and is in contention to reintroduce himself in the eleven against Arsenal. Meanwhile, Ollie Palmer will undergo a late fitness test and remains doubtful. Paul Kalambayi will continue to serve the sidelines with a muscle injury for about at least another month.

League Cup always has been an opportunity for the Gunners’ faithful to have a look at the budding youngsters at the Hale End. But this is no longer that Arsene Wenger’s Arsenal where all the eleven players are from the academy, although there is a ray of hope for us loyal Gooners who crave every opportunity to watch the youngsters breaking into the first team. One such exciting talent is Charlie Patino.

There has been a lot of talks going around potential return for Jack Wilshere to London Colney, although if that’d come to its conclusion remains to be seen – another young lad from Hale End academy has been taking strides at the Arsenal academy and has been likened to that of Jack Wilshere. Remember how a young Wilshere came into the first team and got everyone on the edge of their seats? – That’s exactly what Charlie Patino brings & much more.

Patino has been training with Arsenal’s first team for some time now and the seventeen-year-old is expected to make his Arsenal debut come tomorrow.

(I understand all the Arsenal supporters are excited to have a first look at him against the big boys, although it’d be really appreciated if he’s given time and not pressure. The trend off late has shown how the youngsters have carried Arsenal massively but people don’t take long to forget how young they are and how much is needed for them to develop before abusing them. Fast-paced social media life, ay? – though it’d be great if young Charlie is given the time to evolve without a certain part of the fan-base sitting on his shoulders.)

While Arsenal have resolved their defensive hitches over the past couple of games with Aaron Ramsdale coming in between the sticks and Takehiro Tomiyasu impressing in the inverted right-back role as Ben White & Gabriel Magalhães return at the heart of the defence. Before getting your hopes up – none of them are expected to start come tomorrow. Yes, everyone claimed this one to be ‘The Aaron Ramsdale derby’ when the draws came out but there has been some significant developments between the goal at the Arsenal since. The Englishman has taken over the gloves from Bernd Leno and despite many reports that the German will take over at the weekend, Ramsdale is expected to rest this one-off and Bernd should take over the helm between the woodworks. While the likes of Rob Holding and Pablo Mari would come in ahead of Leno. Once Arsenal’s first choice back-line seems more of a second fiddle shows how impressive Mikel Arteta has invested in his squad.

The defence expected to start for Arsenal have much to decipher delinquent to the problems they had at the start of the season. Having said that, AFC Wimbledon have been scoring for fun this season having netted fifteen times already with ten different goalscorers. This is enough to understand that Arsenal can’t take their guests for granted and will have to be compact to keep Mark Robinson’s men quiet.

Arsenal have had problems going forward, especially as regards to clinical-ity in front of goal. Multiple chances have seen either a lazy output or an attempt too central. Despite the Gordian knot, we haven’t seen a lot of Alexandre Lacazette, Arsenal’s top goal scorer last season. It could be down to the fact that his contract situation is unresolved or possibly because Arsenal failed to ship him off last summer or that Mikel Arteta wants a swift forward. We are free to sortilege possibilities, but the Frenchman is one of the senior players in a young Arsenal side and will have a massive role to play on-and-off the pitch. Having had his time on the bench, he could be donning that arm-band lining up in the tunnel at the Emirates on Wednesday and make his case for possible involvement in the North London derby (he does love to score against our shadowed neighbors).

On the plate balls from set-pieces have troubled Arsenal’s defence since that first pre-season game against Hibernian. A certain Anthony Hartigan will have an influential role to play as AFC Wimbledon would look to trouble Arsenal from the dead-balls and from those line-breaking passes which Anthony could smoothly make. The 21-year-old already boasts a tally of two goals and six assists as the visitors’ academy graduate has finally found his mojo in the midfield. He’d be looking to make his mark against the men from England’s top division to second his already talked about talent. 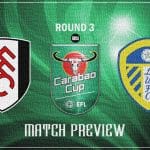 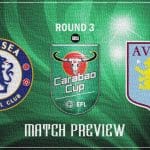