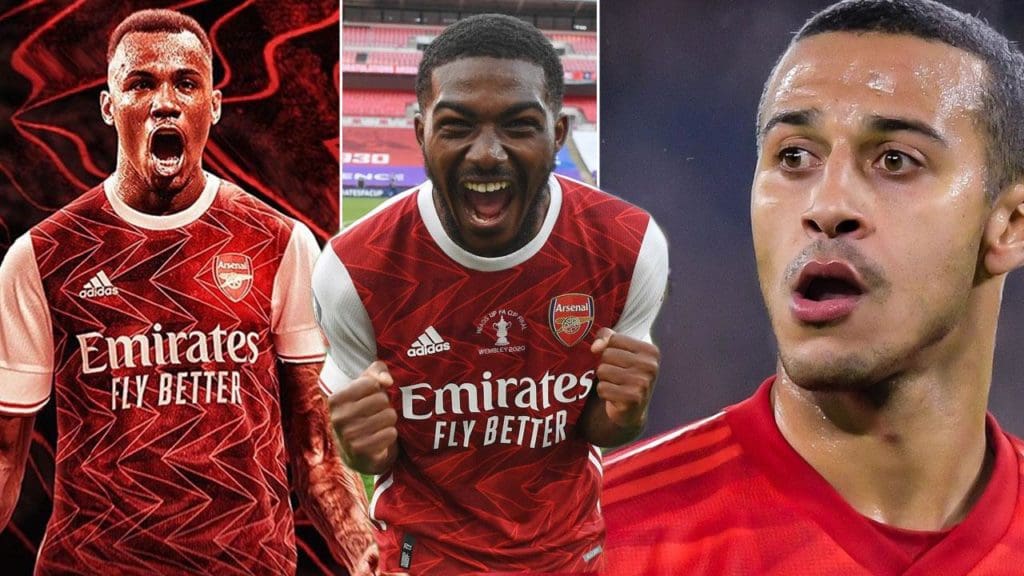 The Gunners have reportedly made an enquiry for Bayern Munich midfielder Thiago Alcantara after several reports have emerged stating his desire to leave the Allianz Arena in search for a new challenge.

Liverpool have long been seen as the favourites for Thiago’s services as even the Spaniard favours a move to Anfield. However, the Reds haven’t made an approach yet for Alcantara and Arsenal are now looking to jump the queue. Mikel Arteta has shown his fondness for experience in his side with the signings of David Luiz and Willian in recent days and it seems that Thiago Alcantara can be another of his demands to the Arsenal board.

Several reports have emerged claiming that Arsenal have completed the signing of Lille defender Gabriel Magalhaes.

Gunners have been long chasing the Brazilian and it seems that they have finally landed their man. Napoli initially had an agreement with Lille that they’ll also sign Gabriel from them after signing Victor Osimhen. However, the Italian side struggled to sanction the move without moving Kalidou Koulibaly to Manchester City. However, things didn’t pan out how they wanted it to and Arsenal sneaked in for Gabriel and finally sealed the deal even though Manchester United made a late attempt to sign the defender.

If reports are to believed ten Hector Bellerin has been offered to Champions League finalists and French champions Paris Saint Germain. The Spaniard has struggled to rug off his injury issues and inspite of being a popular figure amongst the Arsenal ranks he’s still seen one of those players who’s available for the right price.

Ainsley Maitland-Niles has been long looking for a move away for consistent game time and first-team football and it seems that he might get his wish as Wolves are interested in signing him.