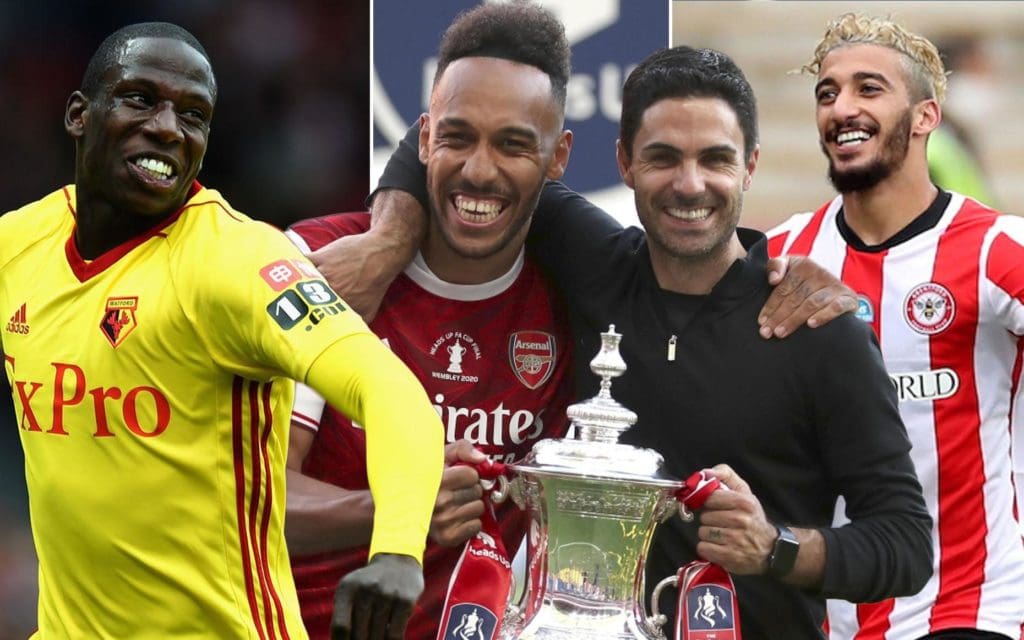 Arsenal target Said Benrahma has opened up about the Gunners’ interest in him as he was quoted saying, ”It’s always flattering. But I’m in Brentford & I have a goal a mission. It wouldn’t be good to think of anything else nor respectful towards.” Arsenal are looking for reinforcement, especially in the form of creative players and the 24-year-old can fit the bill.

Gabriel Magalhães‘ agents have reportedly met with Manchester United representatives in England. However, there were no offers to Lille, but various clubs are believed to in conversation. Napoli and Everton have also shown interest in the Brazilian defender. However, a fourth club has also shown interest and it is being reported that Arsenal could be that club.

As per reports, achieving European football and fulfilling Aubameyang’s contractual and salary demands wouldn’t be enough for the Gunners to keep hold of their biggest star. Pierre Emerick Aubameyang is also said to be concerned about the recruitment policy adopted by the club and he wants to see ambitious signings coming through the door. He said to be hesitant about signing a new deal as he wants Arsenal to show the same improvement as they have on the pitch. One of his dream signings would be his good friend in Ousmane Dembele, with the Barcelona man being linked with the North London giants many times previously

Arsenal are said to be interested in Watford midfielder Abdoulaye Doucoure’s services along with fellow Premier League side Everton. Doucoure is believed to have his admirers at the Emirates, however, the Gunners are said to be keen on shifting Lucas Torreira and Matteo Guendouzi first.