There were no surprises when Arsenal prioritised signing a central midfielder at the end of the season as there was a serious need for quality in the centre of the pitch for the Gunners. While Yves Bissouma and Guido Rodriguez were targeted initially, recent reports suggest that Arsenal are planning to complete a £35 million deal for Wolves midfielder Ruben Neves, which has divided opinion amongst the Arsenal faithful.

While a portion of the fans believe that the midfielder is not an upgrade on Granit Xhaka (who the club are planning on selling), others believe that Neves could be a real difference-maker in Mikel Arteta’s side next season.

WOULD NEVES BE A GOOD SIGNING FOR THE GUNNERS?

While statistics would portray that Neves is not an upgrade on Granit Xhaka, the midfielder provides a lot more than the Swiss in the center of the pitch.

For all of Granit Xhaka’s qualities, he is not a great tackler, nor is his passing range sublime. It is also worth noting that Xhaka had one of his best seasons this year because the rest of the team had one of their worst years. Under Mikel Arteta, Xhaka has become a mainstay in the center of the park, but that is only because the club have failed to sign any improvements in that area. Thomas Partey was signed at the start of last summer but it was clear halfway through the season, that the two do not complement each other.

Ruben Neves, on the other hand, is a better athlete, passer, and tackler than Swiss International. Although Xhaka’s pass completion rate is better than that of Ruben Neves, it is the kind of passes both the midfielders are attempting that separates their quality while in possession. Neves, who has played in a counter-attacking set-up at Wolverhampton Wanderers, has an incredible passing range while he also knows how to manage the tempo of the game. Moreover, unlike Xhaka, the Portuguese is not susceptible to mistakes in key areas.

Additionally, Neves does not shy away from taking the long shot, and more often than not, the midfielder is successful. Neves’ 2 shots on target per 90 minutes this season is a key indicator of how forward-thinking the player is. While Thomas Partey is a great defensive midfielder, he has his shortcomings while the team is on the front foot. Neves could complement Partey almost perfectly as he could push up when Partey stays back, while he could also act as a deep-lying playmaker when Partey pushes up the field. Neves’ 2 interceptions per 90 mins is a key indicator of the job he can do for Arsenal in midfield.

There have been countless times when wingers like Nicolas Pepe, Bukayo Saka, and Aubameyang have had to stop their runs in a counter-attack because they did not have anybody playing the perfect ball over the top of opposition defenders. Ruben Neves has mastered the art of playing cross-field balls over the top of the defence all his career at Wolves, and if the Portuguese can create the same effect at Arsenal, the frontline will be much more potent in front of goal than it already is.

Mikel Arteta prefers to have midfielders who can hold the ball in possession while also excel at winning the ball back when the team does not have the ball. While Xhaka can do the former, he is poor doing the latter job. Ruben Neves ticks both boxes while his £35 million price tag could prove to be a bargain if he solves Arsenal’s central midfield issue.

After reports came out yesterday stating Arsenal’s interest in the player, the Gunners were quickly informed about the player’s £35 million price tag. However, there is no certainty that the Gunners will go ahead with the deal. Arsenal have shown previously that they can be priced out of a move while they have also not been able to complete several transfers in the past, which looked easy to complete initially.

Edu, who is the technical director at the club, is interested in the Portuguese, and if Mikel Arteta is happy with the midfielder, the board could also sanction the move by the end of it. However, Arsenal have a laborious negotiation strategy, and given that Neves’ contract expires in June 2023, it would not surprise many fans if the club waits a year before securing the Portuguese’s services.

However, Mikel Arteta is keen on finding a more well-rounded central midfielder this summer, and with Ruben Neves willing to leave Wolves, Arsenal should be able to complete this no-brainer of a deal soon. 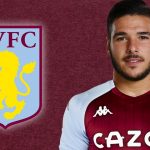 Why Aston Villa went all in for Emi Buendia?
Next Article 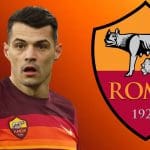