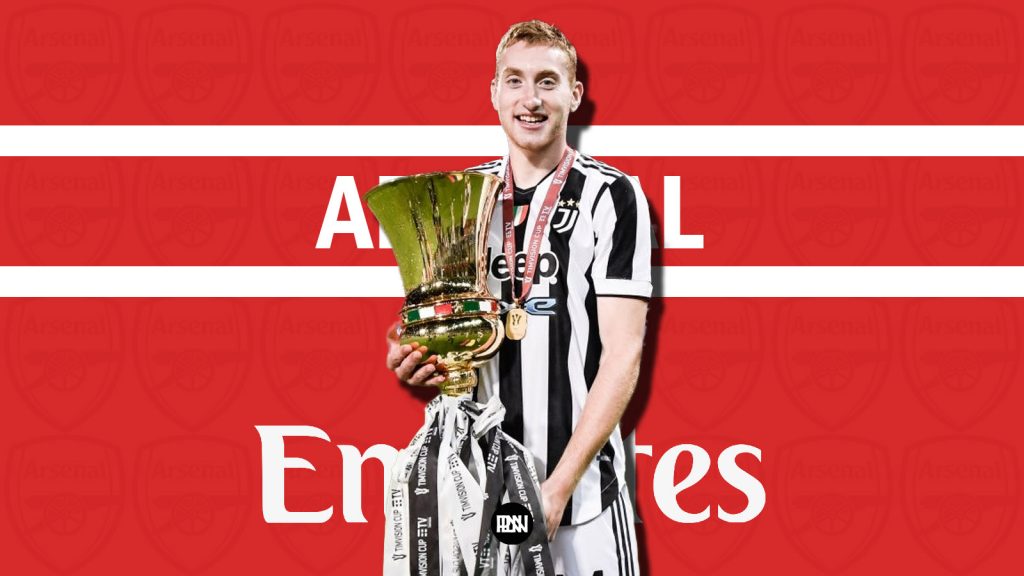 Juventus winger Dejan Kulusevski is amongst the many names on Arsenal’s radar as the North-London club shortlists potential targets ahead of the January transfer window. The 21-old-year is amongst the brightest prospects on the continent and is reportedly targeted by various European clubs such as Bayern Munich, Tottenham Hotspur, and Atletico Madrid, alongside the Gunners. According to Italian outlet Tuttosport, Mikel Arteta is said to be keen on signing the winger as Juventus grow increasingly open to considering offers for the player in the upcoming transfer window.

Having struggled for game-time at Juventus this season, the Swede has publicly stated his discontent towards being underutilized. “Patience. This is a fantastic challenge. I love to play, and I do not like to sit on the bench. We will see how it goes,” the Swede told Fotbollskanalen. He further expressed his gratitude towards the clubs interested in acquiring his services adding, “…if it does not work in one place then maybe it works in another place.”

Kulusevski – valued at €35mn – is rumoured to be amongst those shortlisted as a potential replacement to Nicolas Pepe at Arsenal. The winger, although a national team regular, has only managed to clock up 422 minutes scoring one goal and assisting the same amount for Juventus in the ongoing campaign. With Massimiliano Allegri adopting a front two in recent weeks, it remains increasingly difficult for the Swedish international to challenge for a position in the starting line-up; adding to the probability of him seeking a move elsewhere in January. However, with his contract only expiring in 2025, it remains to be seen if Bianconeri accept a reasonable offer from potential suitors in the forthcoming transfer window.

With Arsenal evidently beginning to entrust responsibility, integrate academy prospects, and purchase and develop young players aiming to execute Mikel Arteta’s long-term vision for the club, the Swedish winger fits into the mould at the Emirates. Only 21-years of age, Kulusevski is already an experienced international and garnered over 100 senior appearances in his club career across all competitions. Moreover, the Swede seamlessly fits into Arteta’s preferred taste for inverted wingers.

Known for his frightening pace and technical ability, Kulusevski is amongst the most highly-revered youngsters in Serie A. Before moving to Juventus, the winger was deeply admired at his previous club, Parma. Then manager, Roberto D’Aversa, compared the youngster to Pavel Nedved, owing to his all-rounded ability and attitude on the pitch. In addition to D’Aversa’s comments, Zach Lowy, a writer, and analyst echoed similar sentiments as he highlighted the Swede’s attributes soon after his arrival at Juventus saying “[Dejan Kulusevski He’s really strong physically. He can press intensely, which Sarri likes, and has a good end product. He can win back possession and wreak havoc on the counter.”

Since then, although having faced various obstacles in his development owing to multiple managerial changes, Kulusevski has shown decent growth in his overall attributes at Juventus. The winger continues to remain out of contention under Allegri, but when at his lethal best, the 21-year-old packs a deadly combination of pace, power, decision making, and technical ability towards his contribution on the pitch.

Primarily deployed on the right flank, Kulusevski is capable of utilising both feet with exquisite execution. The winger can dribble with both feet and is comfortable in running across both sides of the pitch. Further, his underlying stats underscore the Swede’s willingness to defend from the front, with his numbers for pressures across the all thirds and tackles ranking in the 83rd percentile across the pitch.

Although undergoing a rough spell vis-à-vis gaining minutes on the pitch, the Swede continues to remain a threat up-front. Kulusevki currently registers 3.98 SCA p/90, 3.15 of which come from live passes. Additionally, his impressive number of expected assists (0.9xA) reflects promising potential considering his lack of game-time under Allegri.

Simply put, Kulusevksi could prove to be a bargain for the Gunners’ provided Arteta successfully unlocks the Swede’s potential. With Nicolas Pepe rumoured to be listed on the market for the coming window, it remains to be seen if the North-London outfit display an eagerness to acquire a signing in a position Arteta’s seems to be fulfilled with for the remainder of the season.﻿