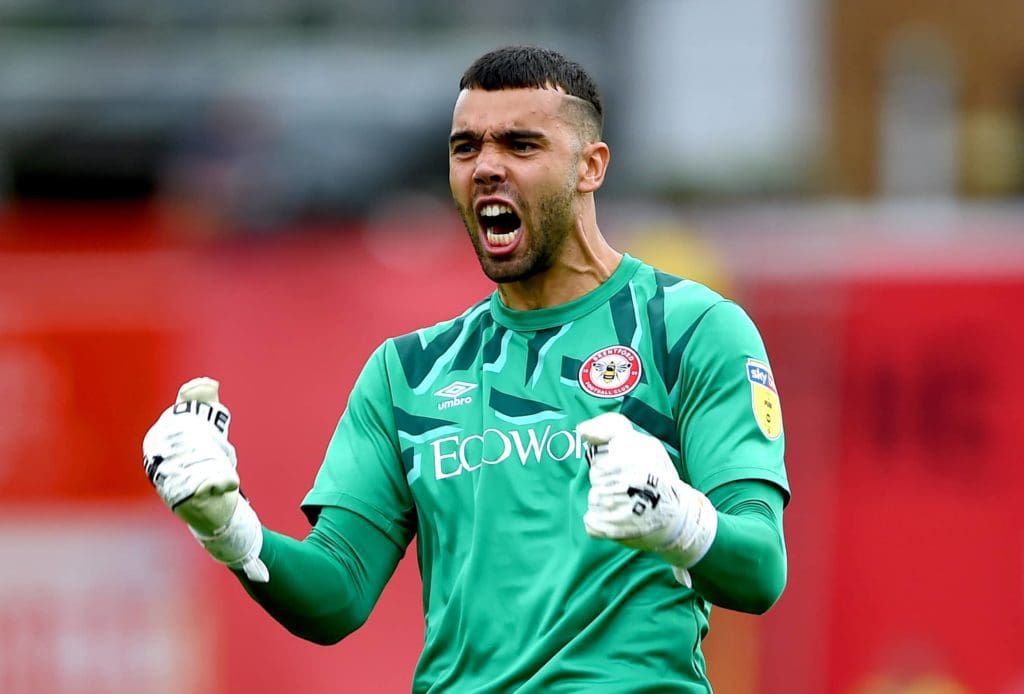 As per The Athletic, Arsenal have identified Brentford goalkeeper David Raya, as a competent and experienced goalkeeper who had performed brilliantly for the championship side last campaign.

Arsenal are believed to be considering an imminent replacement for highly sort after goalkeeper Emiliano Martinez.

The Argentine have been attracting plenty of interests from several top clubs, and he’s continually looking likely to be sold before the end of this current transfer window.

Arsenal’s current third-choice goalkeeper Matt Macey hasn’t been thought of to be a capable back-up for Leno, which makes the signing of a new goalkeeper highly paramount, in the wake of the possibility of losing Martinez this summer.

Last summer, Raya signed a four-year contract for an undisclosed fee, reported to be around £3 million, after joining Brentford from Championship rival Blackburn.

His impressive displays during the first half of 2019/2020 season earned him a spot in the nomination for Goalkeeper of the Year during the 2020 London Football Awards.

Martinez reiterated on his possible departure, stating that the plethora of options available to tempt him away from Arsenal this summer keeps increasing, which makes his desire to play regularly elsewhere more appealing to him conjoined with his aim of sealing the number one spot on the international scene as Argentina’s first choice goalkeeper.

In the scenario where Martinez eventually gets to be sold this summer, David Raya would be Arsenal’s main target, to fill in the backup spot and possibly give Leno a serious competition for a starting berth next season.