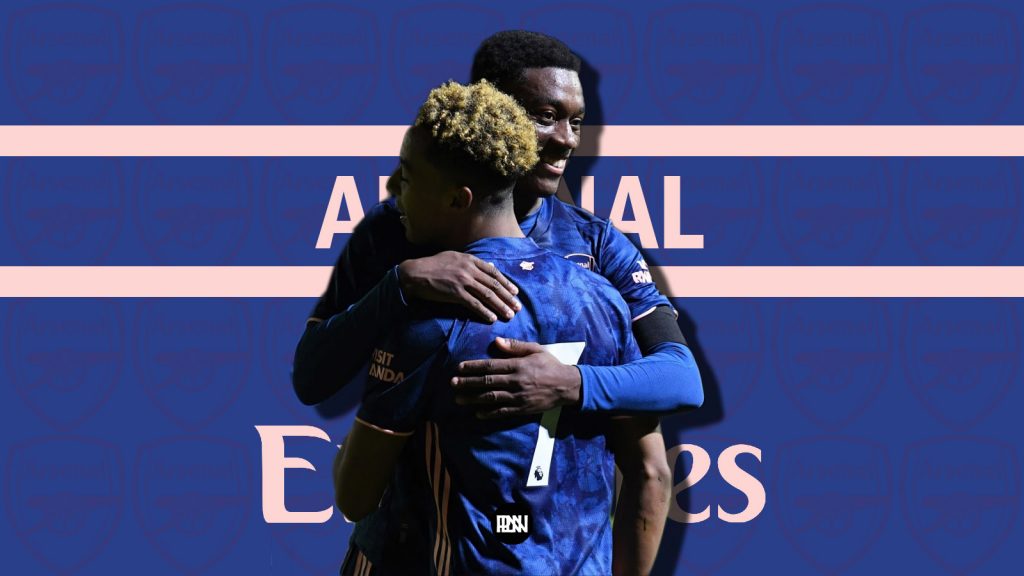 Arsenal have a history of getting things down to the final seconds before trying to rush into tying an expiring contract down. Times have changed, the personnel behind the scenes have changed, the Gunners are enduring a massive process to get back to being the best team in the country – but their way of doing things still hasn’t, at least on the contract side of things. Balogun had his one leg out of the club before Mikel Arteta had to get involved to get him to sign that thing, Kido Taylor-Hart was handed his new deal after his previous one expired, and Eddie Nketiah looks like done at the Emirates – but there is one more attacking prospect in Khayon Edwards who is facing cross-roads whether to extend his stay at Hale End or look for opportunities beyond.

Khayon Edwards is one of the top attacking prospects in the Gunners’ academy having scored a new of goals this season. But he is yet to agree on a new contract at Arsenal and as per Daily Mail, the North Londoners have offered several deals though that has failed to impress him enough to put pen to paper.

Where there lies uncertainty, there comes opportunity; looking at his standings at Arsenal, a number of German clubs alongside Chelsea, Leeds, Brighton, Newcastle, and Southampton have expressed their interest in taking Khayon Edwards under their wings.

Arsenal will be anxious over tying Khayon Edwards to a long-term deal, while others wait on the sidelines to watch how this one pans out for the Gunners. Per Mertesacker has been highly investing at Hale End since he took over, making massive progress into getting players ready to knock on the doors of above their age limits and in the first-team – the last thing they’d want is to lose a highly rated prospect to one of their direct rivals.