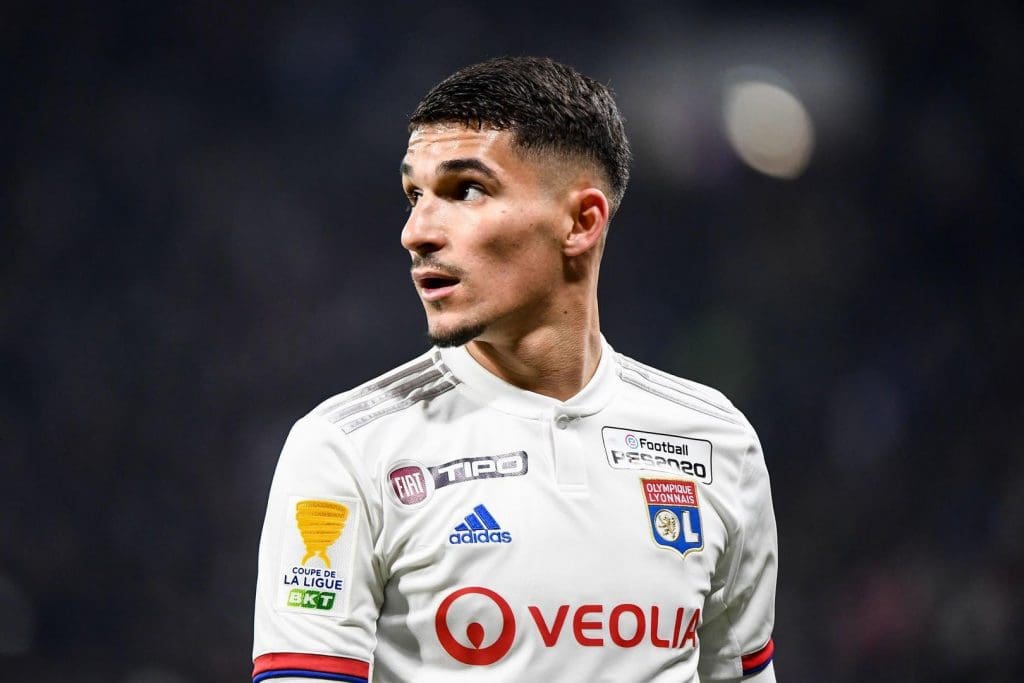 Manchester City faces a fierce competition from Arsenal, who have already made an advancement towards the possible signing of Olympique Lyon’s skillful midfielder Houssem Aouar.

Arsenal had offered Matteo Guendouzi as part of a swap deal for Aouar, with some pounds to be included.

However, more talks are said to be scheduled between Arsenal and Lyon, upon which a deal might eventually be agreed between both parties.

After City were defeated by Lyon during their UEFA Champions League quater-final encounter, the Citizens were believed to have approached Lyon about midfielder Aouar’s availability, according to ESPN.

Reports say Aouar have been told that the club are willing to let him go for the right price this summer, despite his contract expiring in June 2023.

Asked by RMC Sport about Aouar’s future, the Lyon Sporting director responded: “When you have great players in the squad, it is quite logical that other bigger teams with greater economic power come to seek the players.

Aouar is known to be a versatile attacking midfielder, who can play anywhere across the midfield position. He has been praised for his technical ability, calmness with the ball at his feet and his ability to influence a match with delightful displays, regardless of the opposition.

The 22-year-old midfielder joined the Lyon academy in 2009, at the age of 11. He signed a three-year professional contract in July 2016 and made his first-team debut in a 1–4 away win over AZ Alkmaar, in Europa League round of 32 knockout phase in February 2017.

Soon after, he made his Ligue 1 debut in an away match against SC Bastia, which was eventually abandoned at half time on 16 April 2017.

With his impressive and mature performances which earned him a lot of recognition and spotlight, he was nominated for the Golden Boy award in July 2018.

His intriguing performances has undoubtedly enthralled the interest of Arsenal’s manager Mikel Arteta and a move for the Frenchman looks to be one of the Gunners’ priority signing this summer.

Dani Ceballos had been rumoured to be part of Madrid’s list of players that the club are considering an offer for, despite their earlier claim of retaining him for next season.

Arteta’s interest in the aforementioned players are unquestionable going by reports but with the recent spotlight on Lyon’s playmaker Aouar, Arsenal might end up signing the Frenchman, as a swap deal involving Guendouzi plus cash looks to be a tempting and considerable offer.

Guendouzi isn’t a bad player but his lack of discipline has brought the youngster down the pecking order, which is obviously why he’s being offered to Lyon who has plethora of young talented players like him, which could help him settle down and focus on his career better than he has being at the Emirates.