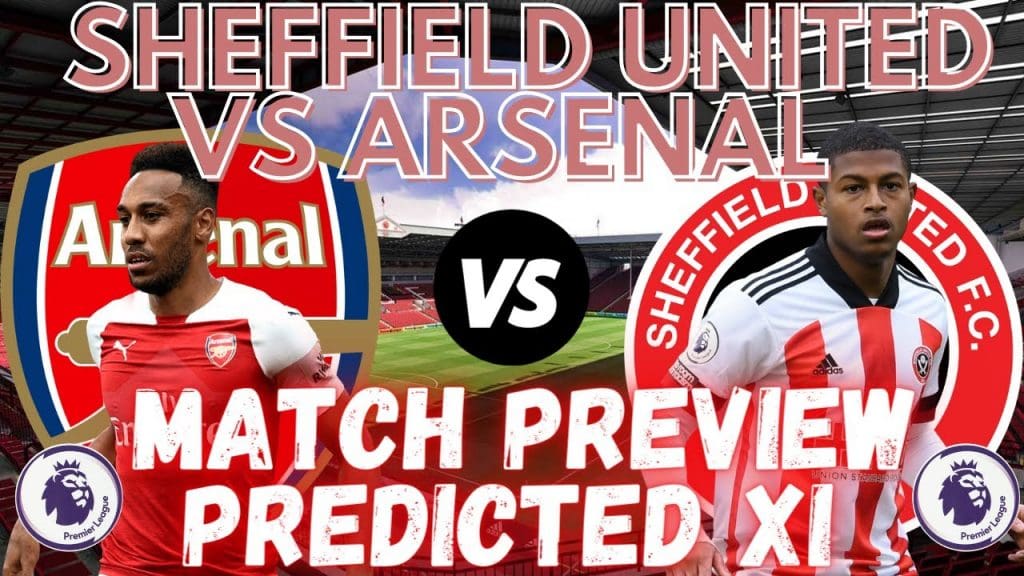 Mikel Arteta is once again gonna be under pressure when he takes his side to Bramall Lane to face bottom-placed Sheffield United in their next Premier League fixture. Arsenal haven’t won in their last four matches and their struggles are only aggravated by their recent draw with Slavia Praha in their Europa League fixture at the Emirates. While Gunners would be favorites against the struggling Sheffield United who are still getting accustomed to life without Chris Wilder, though they would still have to be at their best against their spirited opposition.

Formation: Arsenal have played with a 4-2-3-1 in the majority of their fixtures this season, however, they might be forced to change their formation with both their attacking midfielders, Emile Smith Rowe and Martin Odegaard, unavailable due to injuries.

Defense: Hector Bellerin would be expected to continue at the right-back position while Cedric would have to slot in at left-back again with Kieran Tierney out injured and Mike Arteta seemingly looking unwilling to play Bukayo Saka at left-back. With David Luiz out injured too, Rob Holding would continue at center-back, however, he could well be partnered with Pablo Mari instead of Gabriel.

Midfield: Granit Xhaka and Thomas Partey should be lined up in the midfield again as the central midfield pivot with Dani Ceballos either partnering them as a No.8 at or at No.10

Forwards: This would be tricky for Mikel Arteta to pick, he wouldn’t want to play his first-choice forward line with an important fixture against Slavia Praha ahead. Given the circumstances, we could see Gabriel Martinelli, Pierre-Emerick Aubameynag and Nicolas Pepe could all form the forward line to lead the attack against Sheffield United.