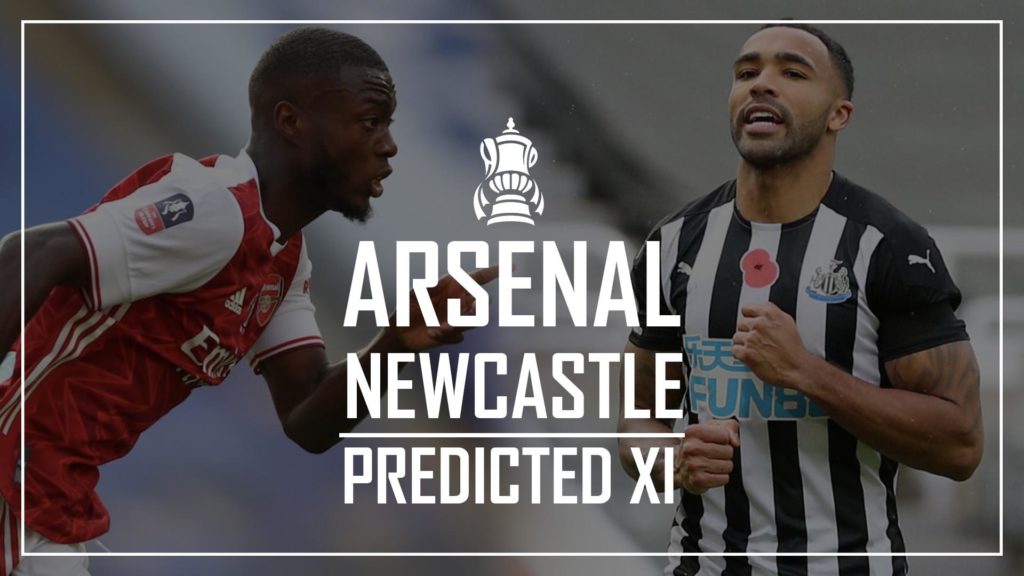 Arsenal are set to go up against Newcastle United in the third round of the FA Cup tomorrow and while the FA Cup won’t be a priority for the Gunners, however, being the current holders and the most successful team in the competition, Arsenal wouldn’t mind putting up a decent title defense. Here’s our predicted line-up for the match:

Arsenal have got most success with their recent formation of 4-2-3-1 with Emile Smith Rowe taking up the spot of No.10, however, with the Premier League games coming thick and fast we expect the trio of Emile Smith Rowe, Gabriel Martinelli and Buakyo Saka to be rested and with Smith Rowe out, Arsenal doesn’t have another No.10 in the ranks, hence they would have to shift to a 4-3-3 formation.

Goalkeeper: Gunners usually like to rotate in the cup competitions, however, Arsenal’s current No.2, Rúnar Alex Rúnarsson hasn’t settled in at the club yet and after his disastrous performance in the League Cup fixture against Manchester City, it won’t be surprised if they start their German No.1, Bernd Leno, instead.

Defense: It would be a second-string defense surely other than one exception of Gabriel, who’s returning back after being out for a few weeks due to being in contact with someone who tested positive for COVID-19. The Brazilian would be lacking match fitness and the FA Cup tie could prove to be a handy option for him to get some game time under his belt. We expect Callum Chambers and Cedric Soares to fill the spot of right-sided centre-back and right-back respectively with the Englishman also staging a comeback. With Sead Kolasinac gone, Arsenal would have to play Ainsley Maitland-Niles in as the left-back to rest Kieran Tierney.

Midfield: Midfield and the Attack would be fairly straight forward with regular starter Granit Xhaka expected to be rested with Mohamed Elneny, Dani Ceballos and Joe Willock making up the midfield three with the returning Thomas Partey having to settle only with a spot on the bench.

Attack: With Alexandre Lacazette’s return in form, Eddie Nketiah can be expected to start in the cup games as the centre-forward. The right side can be a bit tricky with both Willian and Nicolas Pepe available though we expect the Ivorian to get a node ahead. On the left, Reiss Nelson might get a start with both Gabriel Martinelli and Pierre-Emerick Aubameyang rested.