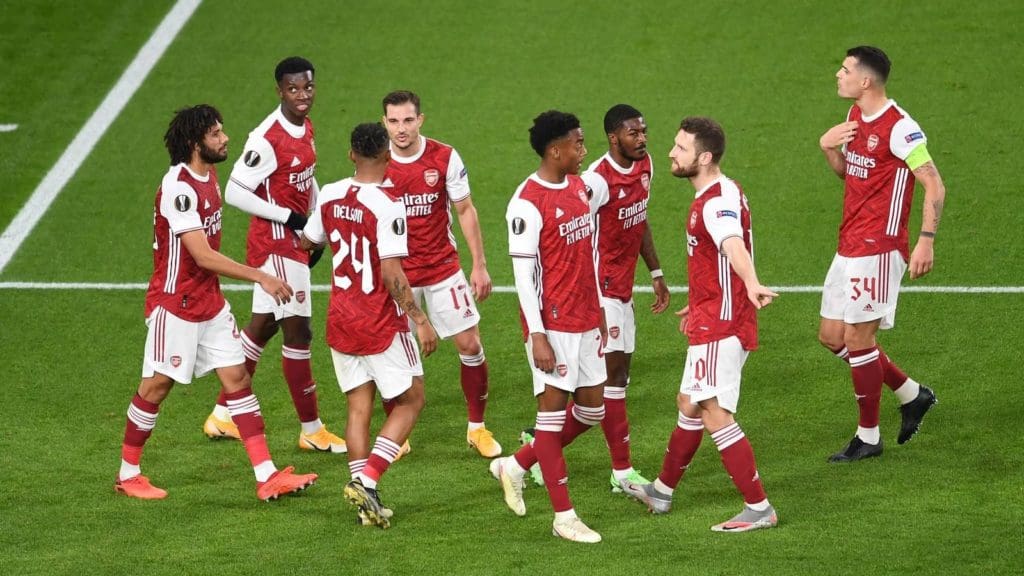 Mikel Arteta would be under pressure when he takes his Arsenal side to Old Trafford to meet Ole Gunnar Solskjær’s Manchester United. The Spaniard, inspite of a promising start, has come under scrutiny from fans and pundits due to the alleged negative way of football that Arsenal has played under him.

Team selection and tactics would be one of his challenges against an in-form United side which is coming off a run where they have beaten both the finalist and semi-finalist of last year’s Champions League.

Rúnar Alex Rúnarsson, who has been brought in to replace Emi Martinez, made his debut in the Europa League against Dundlak, however, he’s not expected to replace Arsenal’s No.1 Bernd Leno inspite of a good performance. The German has been off to an iffy start to his season, however, his consistent run of form during the last few years would be more than enough to hand him a start against the Manchester giants.

Arsenal are expected to play a back four which is flexible enough to transform into a back three with one of the midfielders dropping in as centre-back. The back four has been consistent for Arsenal throughout the season with Kieran Tierney and Hector Bellerin stationed as the full-backs while Gabriel is expected to fulfil one of the centre-back spots. With Rob Holding and David Luiz unavailable due to injury, Shkodran Mustafi will be partnering the Brazilian.

There can be few surprises when Mikel Arteta names his front three with Pierre Emerick Aubameyang expected to fill in as centre forward. Alexandre Lacazette’s lack of form and Eddie Nketiah’s inexperience should be enough of a reason to tip Aubameyang for the No.9 role.

Bukayo Saka and Willian will take up the spot on the left and right wing with Arteta showing a lack of trust in Nicolas Pepe, but a start for Nico at Old Trafford would come as welcome for Arsenal fatihfuls.