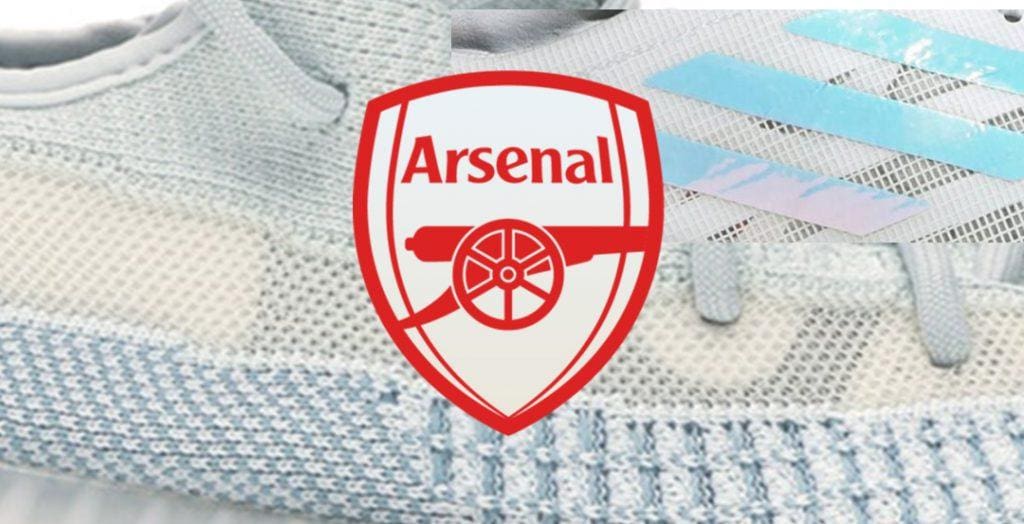 Arsenal’s confirmed new away kit for the 2020/21 Premier League has now been leaked online.

Arsenal had experimented with the away kit for last season, opting for a full yellow body. The ‘bruised banana’ jersey was a huge hit among the Gunners fans who took a liking to the unique style of the kit.

Reliable website Footy Headlines have stated further details about the away kit on their website, “Predominantly white for the first time since 10 years ago, the Arsenal 20-21 away is made by Adidas and features Emirates new ‘Emirates – Fly Better’ tag as main sponsor. Visit Rwanda’s logo appears on the left sleeve.”

“The Adidas Arsenal 2020-21 away football shirt is ‘cloud white’, which is a very light grey that will be perceived as white on the pitch. Black used for the Adidas logo and 3 Stripes (placed on the shoulders) of the Arsenal 2020-2021 away shirt. A graphic print covers the front and sleeves of the Arsenal 20-21 away jersey – it’s maroon and somewhat resembles marble.” 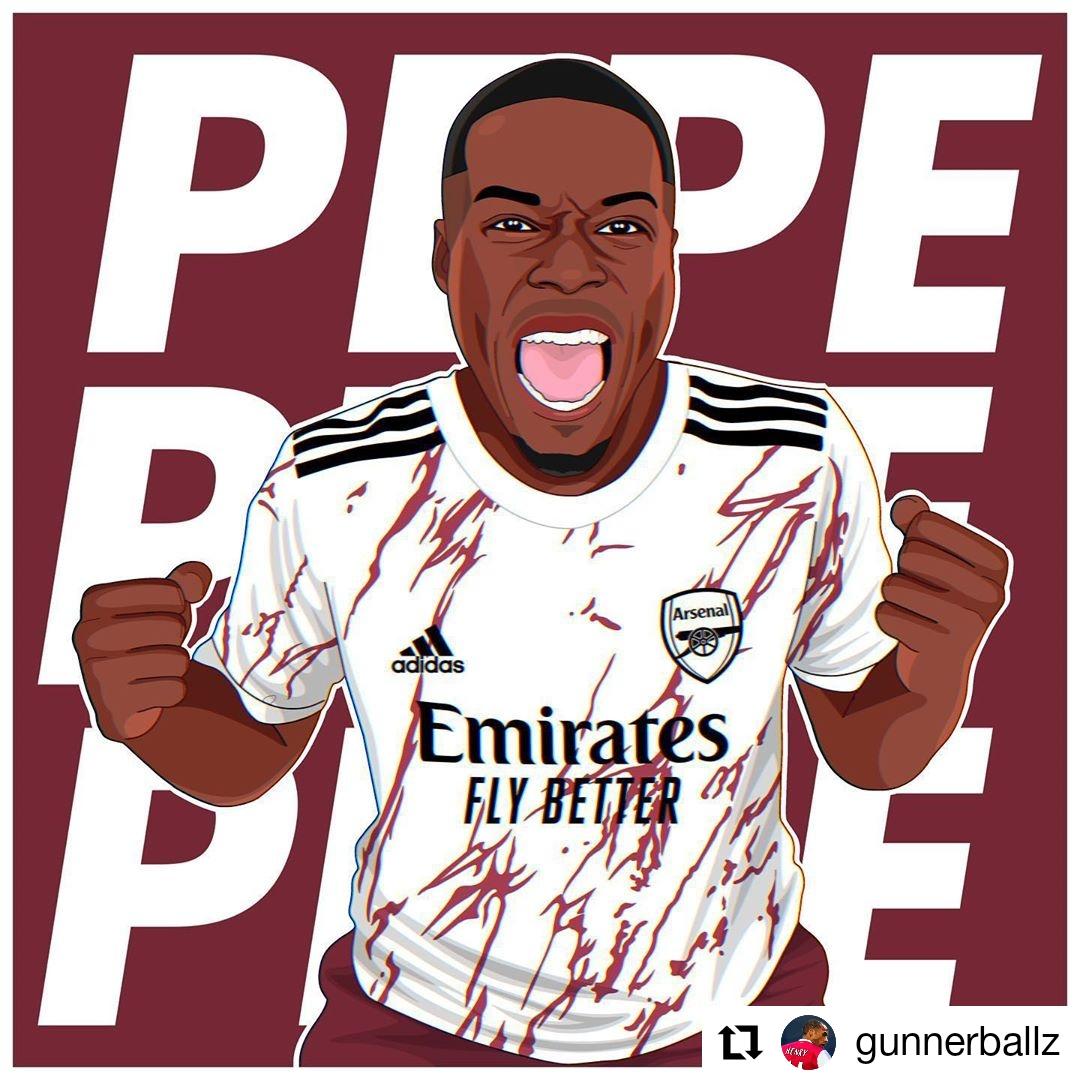 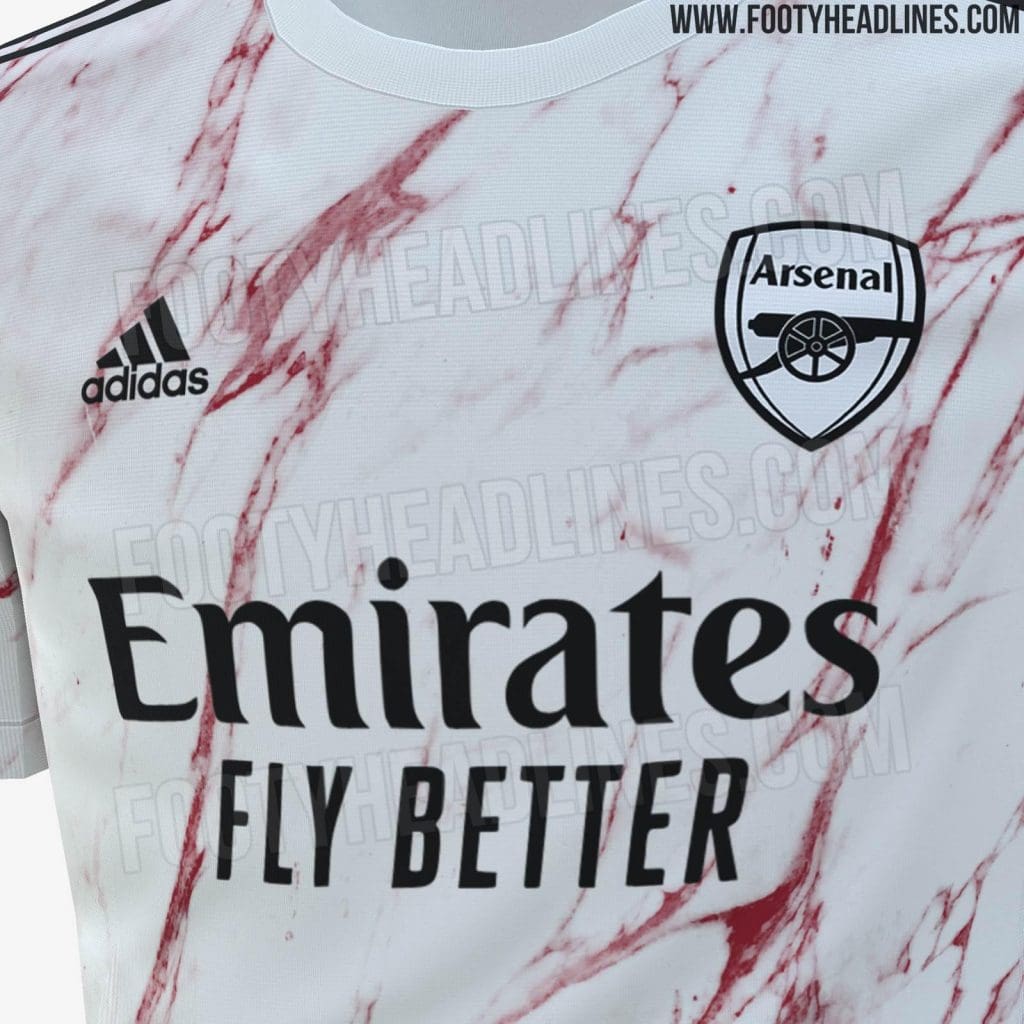 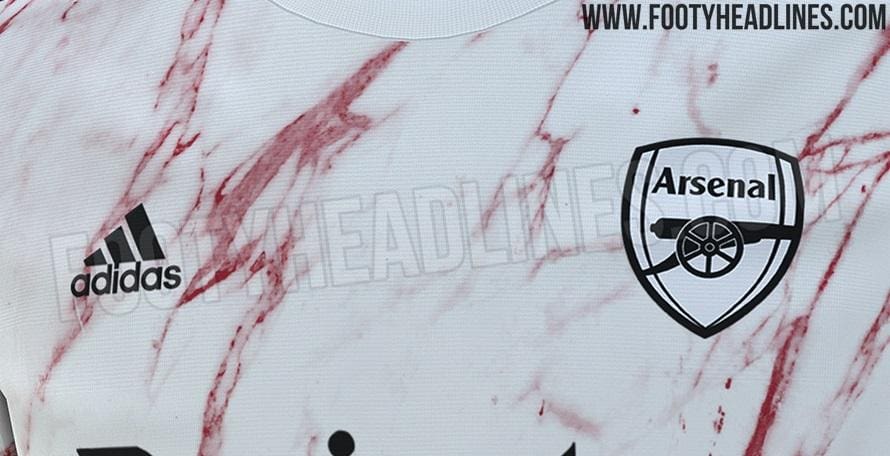 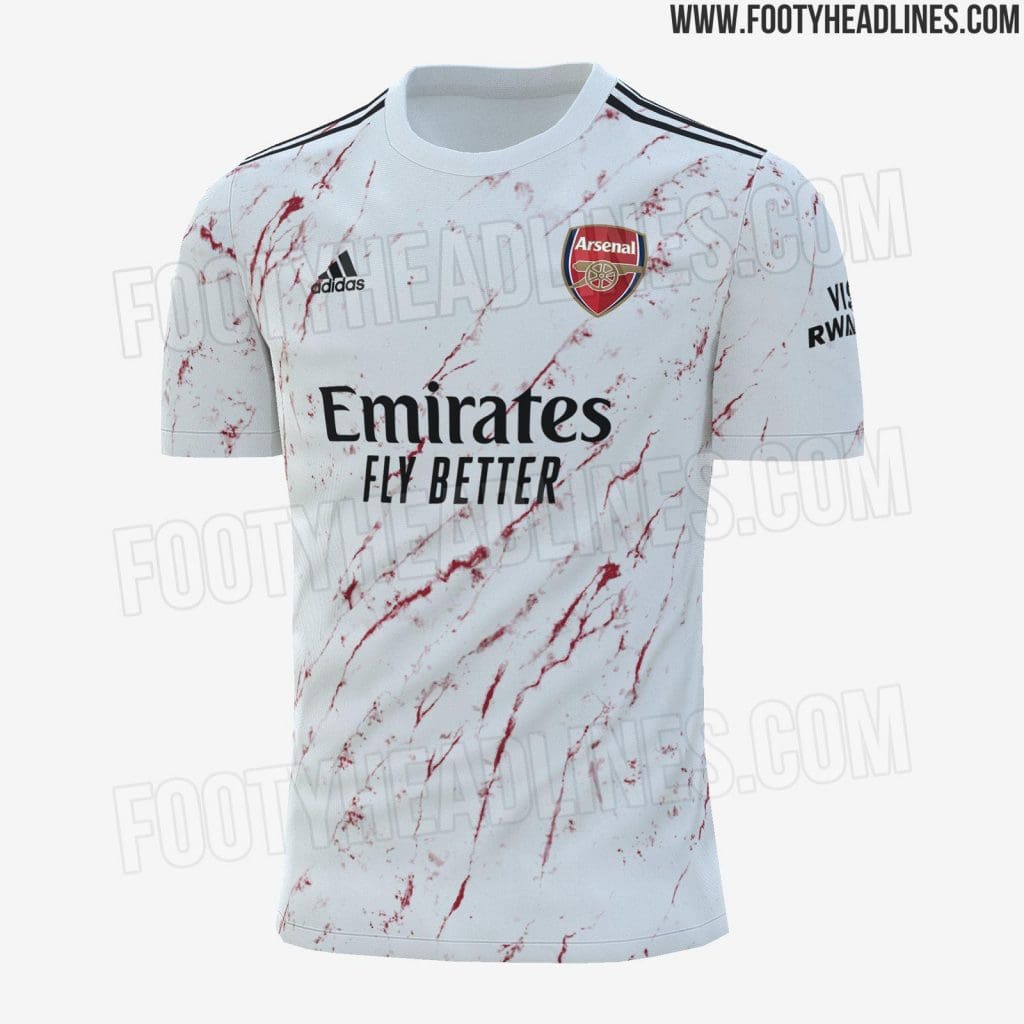 The black Adidas logo and the three black stripes across the shoulder seem to look really good combined with the ‘raspberry ripple’ dashed over the front of the shirt. The new jersey is expected to be announced by the club in July.

Some Arsenal fans were quick to criticize the marble look of the jersey, stating it was inspired by “raspberry ripple ice cream”, while certain fans have sided with Adidas stating they love the new, bold design. Arsenal will wear a predominantly white away kit for the first time in almost ten years.