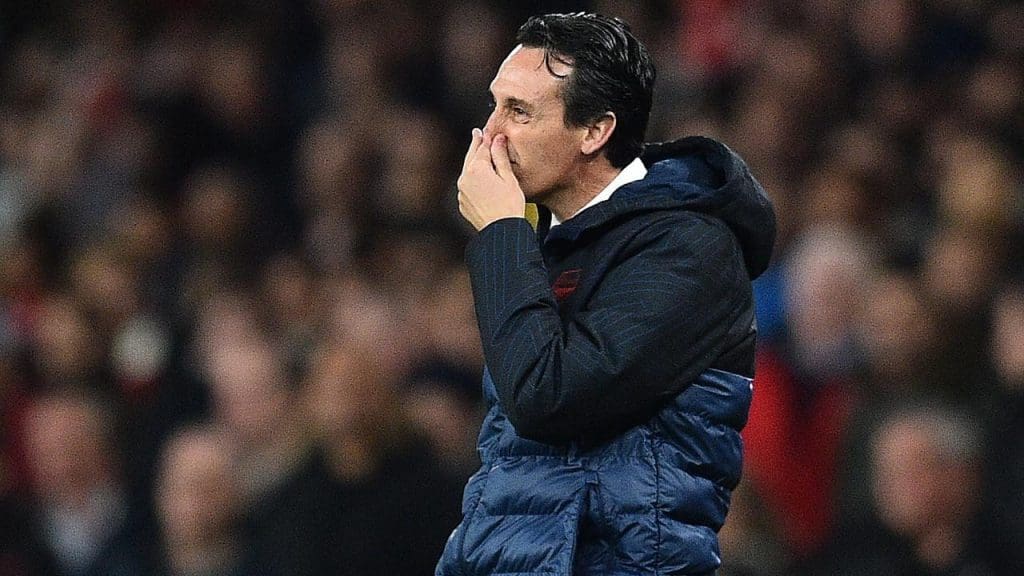 Arsenal fans were left shattered once again, as Arsenal shared points with Portuguese side Vitoria de Guimaraes on Wednesday in the Europa League. The Gunners put up another dismal performance which helped Vitoria, score their first point in the Europa League this season.

Arsenal managed to draw first blood when Shkodran Mustafi headed home a beautiful free-kick taken by Nicolas Pepe in the 80th minute. But that lead disappeared pretty soon when Vitoria striker, Bruno Durate found the back of the net with an acrobatic overhead kick in the first minute of stoppage time, earning his side a valuable point.

After a series of wistful performances, Arsenal Legend Martin Keown thinks that Unai Emery needs to make eight changes to the Arsenal side that faced Vitoria, when they travel to the King Power Stadium to face Leicester City.

The front three of Lacazette, Aubameyang, and Pepe can prove to be a deadly trio and is arguable, the best attack in the Premier League. Add in Mesut Ozil behind them and Arsenal become a force to reckon with. The problem, however, lies defensively. The centre-back pairing of David Luiz and Sokratis hasn’t lived up to their expectations. Emery needs to fix their defensive issues if Arsenal are to finish in the top-4 this season.

Keown while speaking to BT Sports: ‘If Xhaka’s not going to play you go with two holding midfielders against Leicester. Ozil then has that base to go and work from and Arsenal go on the attack with those front players.

‘Let’s see if Leicester can handle Arsenal with that front three with Lacazette and Pepe at the top.

‘Go for it play to your strengths we’re in danger of losing the identity of the team. We’ve lost that brand of attacking flavour we’ve got.’

He added: ‘Attack is going to have to be the best form of defence for Arsenal.

‘As reluctant as I am to take Aubameyang out of the centre we have to play him on the left but get him central as much as we can.

‘Get Ozil on the ball and have that protection. The back four have to push up close and not drop off.

‘David Luiz has a habit of dropping off because he’s fearful of pace. Get Tieney down the left get Aubameyang joining and leaving that space for him to attack.’

All together, this side picked by Martin Keown is probably the best side available to Emery at the moment. If they can improve defensively, then with such a deadly attack and solid midfield, Arsenal could force a lot of problems to the Foxes this Saturday.