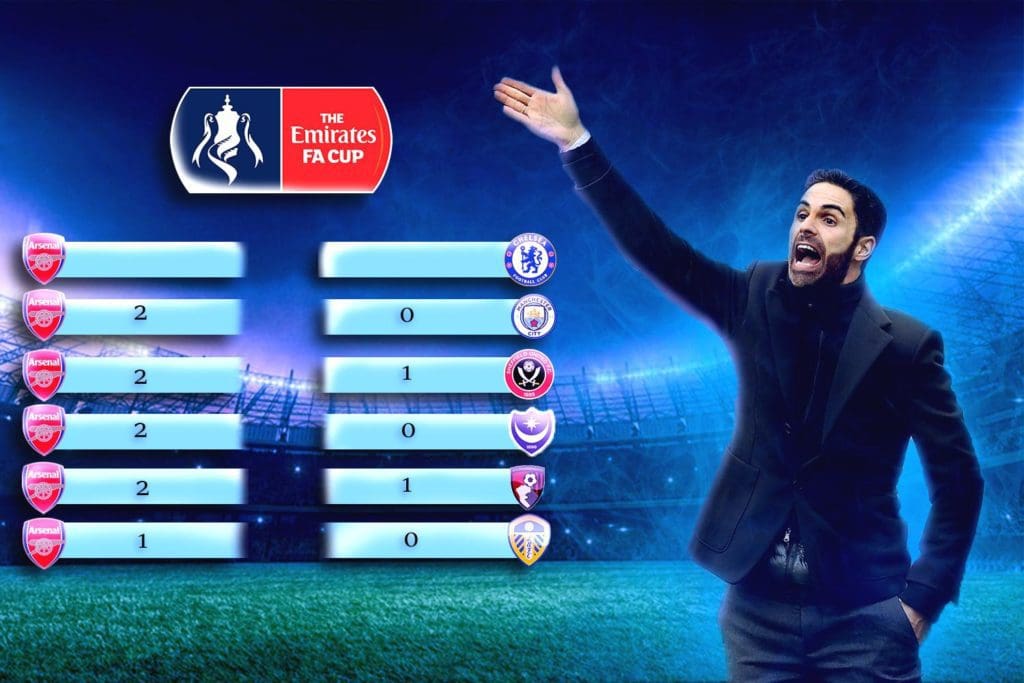 Arsenal are back into the FA Cup final after missing out on the last two editions which saw Chelsea and Manchester City lift the competition one apiece.

The Gunners will play Frank Lampard’s side on Saturday at the Wembley Stadium in what will be a repeat of the 2016/17 final in which Arsenal won by two goals to one. But ahead of the mouthwatering game over the weekend, we take a look at how Mikel Arteta’s side made it through the knockout stages into the final.

Arsenal began their 2019/20 FA Cup journey in the third round, playing at home to Leeds United on the 6th of January. A 55th minute goal from Reiss Nelson was enough to see the north London side edge past Marcelo Bielsa’s team to book their place into the next round.

A Premier League opponent in Bournemouth was handed to Arteta’s side in the next round, with a trip to the Vitality Stadium on January 27. Just like their previous game, Arsenal needed goals from their academy products Bukayo Saka and Eddie Nketiah to seal a win over the Cherries despite Sam Surridge’s late strike for the home side.

Portsmouth were next in line for the north Londoners, who looked charged in a competition they have become masters of. The game which took place at the Fratton Park also saw Sokratis Papastathopoulos and Eddie Nketiah net in each half to send the away side to the quarter finals.

An intriguing contest after returning from the three months of lock down, a first-half penalty goal by Nicolas Pepe was cancelled out by David McGoldrick in the after 87 minutes. But and injury time finish from Ceballos broke the hearts of Sheffield United at the Bramall Lane as the Gunners booked a final four ticket to play Manchester City.

With a place in Europe through the Premier League looking beyond them, Arsenal needed to beat City to stand any chance of possibly securing an Europa League spot next season. Playing at Wembley Stadium, a brace from skipper Pierre-Emerick Aubameyang was enough to see Arteta beat Pep Guardiola in their second meeting since the former left the Etihad Stadium to become Arsenal’s manager.

Arsenal have won the FA Cup on 13 occasions – the most by any other club and will be looking to add to that number as well as securing European football when they meet Chelsea on Saturday.

WATCH: EVERY GOAL ON THE ROAD TO WEMBLEY