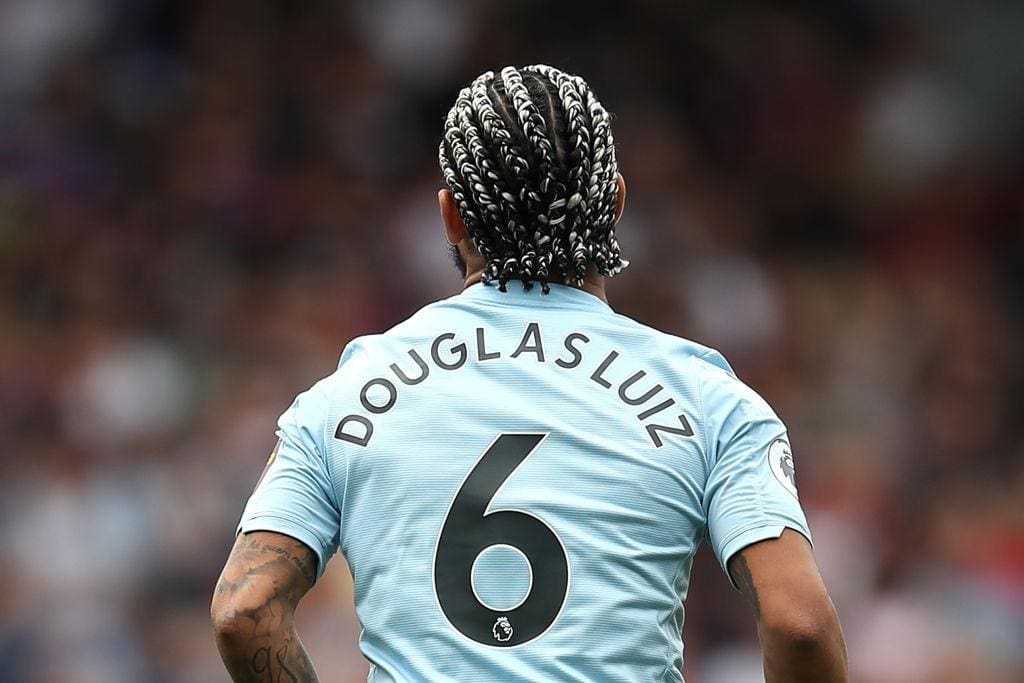 Arsenal are reportedly looking to battle it out with Manchester City for Aston Villa’s Douglas Luiz in the upcoming summer transfer window.

The Brazilian is set to have caught the attention of Mikel Arteta and his back room staff as they prepare to add to their squad ahead of next season.

Luiz left Man City in 2019 after work permit issues made it difficult for him to settle in the Premier League after joining Pep Guardiola’s side in 2017.

The 22-year-old has however utilised his chances since arriving at the Villa Park last year and has established himself as one of Villa’s key players. He has managed 27 starts in the Premier League while also coming off from the bench on eight occasions for Dean Smiths’s men in the 2019/20 campaign. In his 35 appearances in the top-flight, Luiz has been involved directly in five goals – scoring three times and laying on two assists in the process.

His impressive performances is said to have also alerted his former club who are pondering over the possibility of signing him back. The Citizens are to have an advantage after inserting a buy-back clause in the deal which took him to the Villa Park last year. But 90 min have revealed that Guardiola’s side could be in tight battle with Arsenal also eyeing a move for the midfielder.

Arteta may have seen little of Luiz personally but the pair worked together for a short time during the Spaniard’s time as the assistant manager at the Etihad Stadium.

With City’s advantage which allows them to sign the midfielder at a set fee, Arsenal will have to pay above any fee that and Luiz’s fee will likely depend on the possibility of Villa avoiding the drop at the end of the season.

Did Leroy Sane confirm Kai Havertz deal to Chelsea?
Beram Kayal to leave Brighton & Hove Albion at the end of the season
To Top