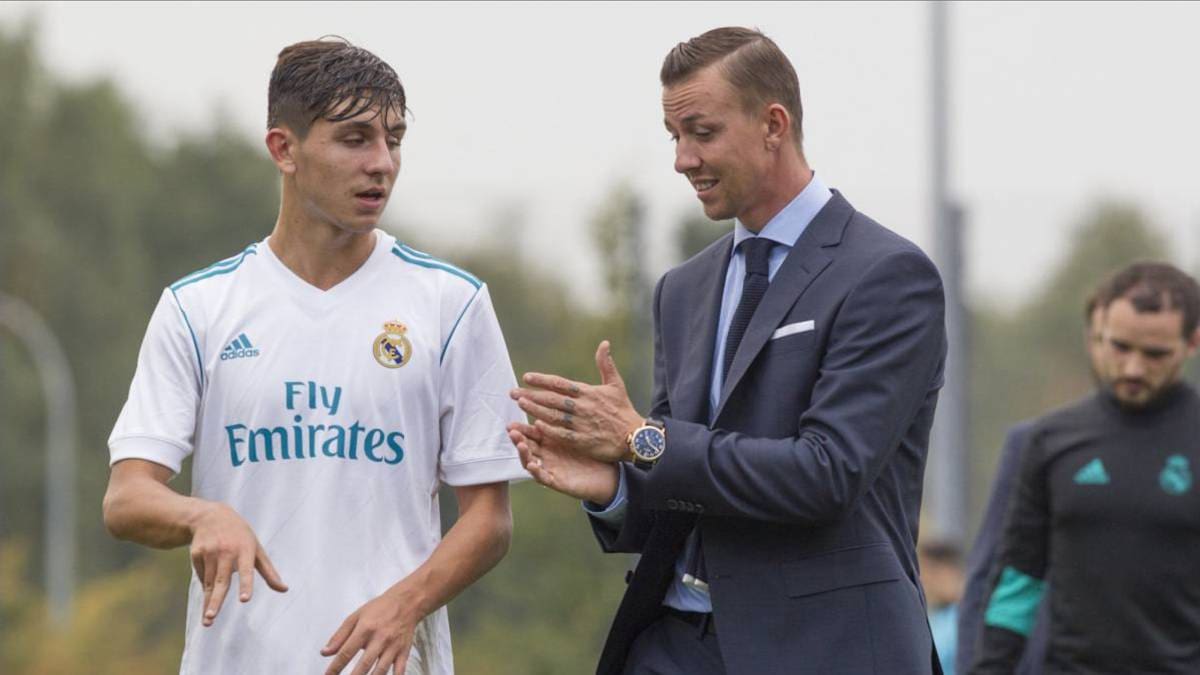 According to reports from Spain publication AS, young Spanish youth international prospect ‘Cesar Gelabert is been tipped to make the move away from Real Madrid’s Castilla.

The 19-years-old is primarily an attacking midfielder, who can also operate from either side of the field as a winger. He’s fast paced and great on the ball.

César looks confident, incisive and has great vision. He is also very impressive with the ball at his feet.

With his contract set to expire by the end of 2020/2021 summer, and no sign of an extension looks imminent, it will be difficult for Real Madrid not to loose him during this summer to a club looking to get the young prodigy signature.

Some interests have been forthcoming from top European clubs, particularly from French league side Lyon and German club Borussia Dortmund.

Lyon had gone ahead by offering the prodigy a way out of Real Madrid’s youth team, but the offer was then rejected by the club, with the hope that they have what it takes to convince the youngster to remain at the club by extending his contract.

Arsenal became more interested after Cesar was been directly watched by Arsenal’s coach Mikel Arteta during a youth match between Real Madrid Castilla against Arsenal as well as Chelsea’s youth side.

His technicality, skills, intelligent movements, eye for pass and awareness caught the eyes of every football lovers especially Mikel Arteta. These has led to him been extensively scouted afterwards.

Arsenal will definitely be considered as a good destination considering the number of youth players and chances the club tends to give their young players to impress in the first team.

Seeing players of his age group like Willock, Guendouzi, Nelson, Saka, Martinelli, Nketiah etc getting some game time with the first team, it makes Arsenal more attractive and a better destination for Cesar if he wants to get first team experience and opportunities.

With the abundance of great future stars at Real Madrid and their youth team, it will be important for Cesar to consider where his future lies, in order to achieve his potential on the big stage.

Cesar obviously has a higher ceiling of been at the very top in the future, but his next move will surely determine how early he’s going to take him to fulfill such potential.

Marcos Llorente trolls Liverpool in an unusual manner
Can Ndombele have a Sissoko-esque turnaround at Tottenham?
To Top