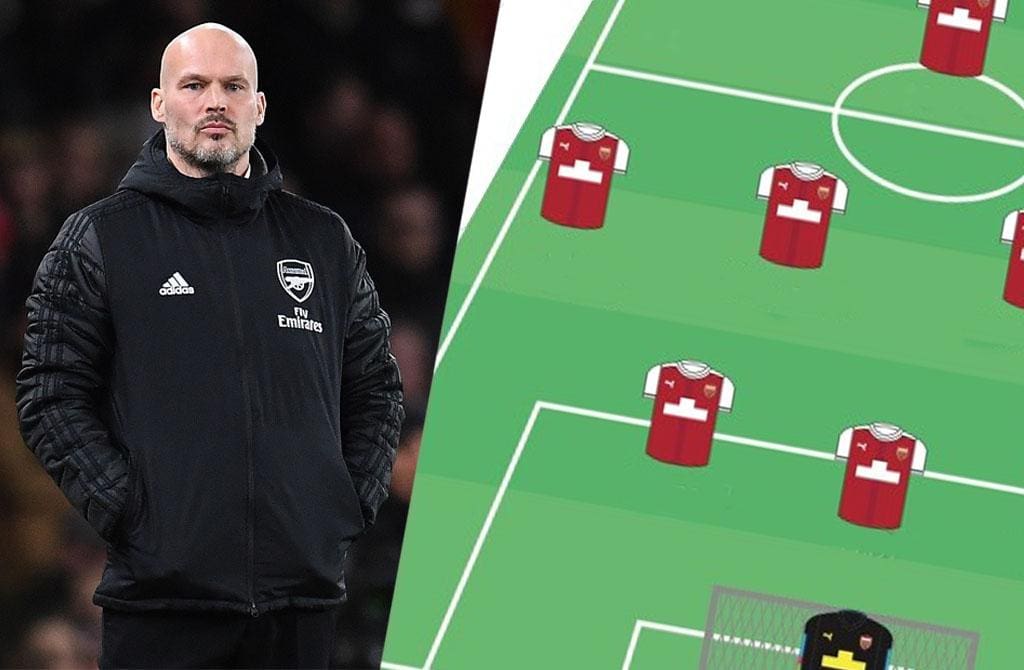 Arsenal are about to play their 16th match of this year’s Premier League campaign and they find themselves outside the top half of the table, let me repeat, outside the top half of the table, at 11th behind Steve Bruce’s Newcastle, a team which was among the favourites for being relegated. And one of the main causes behind the Gunners dismal season have been their failure in putting out their best team and formation out on the pitch. With Freddie Ljungberg taking charge from Unai Emery, Arsenal have had two different coaches but still none of the two have got it perfectly right when it comes to formations.

Well if they can’t get right, then it’s not a big issue if we analyst get it wrong, is it? Atleast it’s worth a shot.

No explaining why I’m going with Bernd Leno in the goal, it would be disrespecting him if I did so.

Now I’m going back to a backline of three defenders again, why you may ask, it’s simple, we don’t have the quality so we’re going to put the quantity. My back three would compromise of Calum Chambers, David Luiz and Kieran Tierney.

Yes, It’s Kieran Tierney, one of the main reason is that he’s someone who can actually defend and we currently need him more at centre-back than full-back and he has also played a centre-back before at Celtic, So he can be my left sided centre-back with Chambers being the right one, simply because he can’t be worst than Mustafi and Sokratis, both of whom don’t have a future at the club so better give him a chance. David Luiz isn’t the best defender, I get it, but he’s someone who can bring the height factor to the backline and his experience can help in marshalling the young defenders around him.

My midfield comprises of Hector Bellerin, Granit Xhaka, Lucas Torreira and Sead Kolasinac. Bellerin’s inclusion is quite obvious, Kolasinac is at his best when going forward and he gets that license in this formation while also adding the much needed width in this otherwise narrow formation.

Xhaka and Torreira are there just to sit back and defend and guard that backline. And this where we get the defensive shape, I want the team to be playing a low block with their defense and sit back and counter teams, now with Xhaka we get the strength and height in that midfield while Torreira would give his ball winning skills, but it’s important for them to sit back, otherwise there would be a gap to exploit.

The front there would be Pierre-Emerick Aubameyang, Nicolas Pepe and Mesut Özil, with Özil sitting just behind Aubameyang and Pepe. While we’re relying on the quantity to defend for us, for the offence we’re relying on the quality and we certainly have it. With Aubameyang and Pepe at the top, we’re looking for them to use their pace to hit the opposition on the counter, and to provide them with the final ball we have Mesut Özil sitting in the hole, again he won’t be required to do a lot of defensive work with eight other players behind him to do the dirty work, infact with Leno in goal it’s eight and a half.

In case Arsenal are looking to build an attack instead of countering then they can bring in Belleirn and Kolasinac to provide them with width. And on the counter, we have all the ingredients needed, two pacy attackers with fantastic finishing abilities in Pepe and Aubameyang, with both of them benefiting from the formation in different ways, while Pepe would be atlast able to use his speed and trickery to go behind opposition’s backline while Aubameyang would also love to be back in his natural position, accompanied by three wonderful distributers to feed them in Mesut Özil, Granit Xhaka and David Luiz, while Xhaka and Ozil can play those sumptuous through balls, Luiz can play his long balls from the back to good effect.

While this may not be the Arsenal way of playing but this would surely be effective and give them the results they badly need. 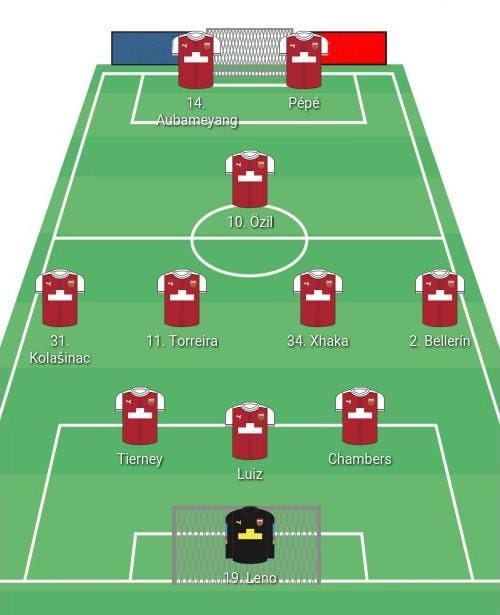