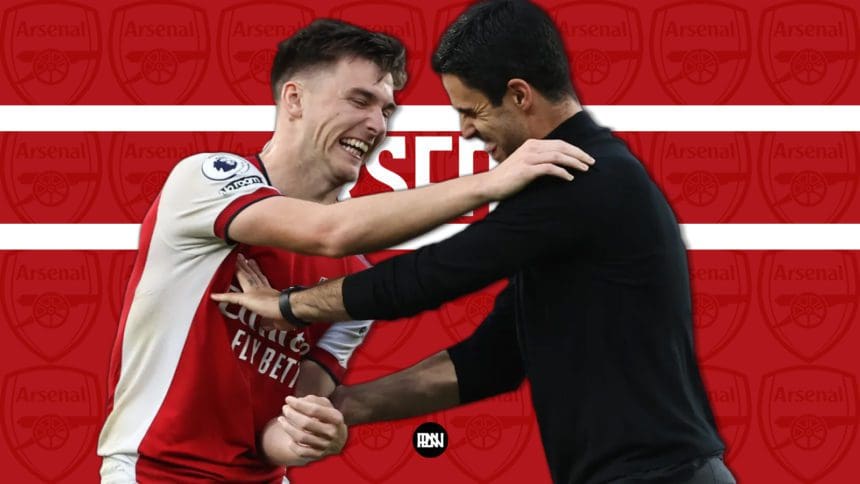 Arsenal acquired Oleksandr Zinchenko in the summer with William Saliba returning to the side from his loan spell at Marseille. Both really helped the team, even though Kieran Tierney and Ben White were already really good at their positions.

Mikel Arteta shifted the pieces around and eventually ended up with a backline he feels most comfortable with. But who starts is less relevant in this article. I want to talk about what type of brutal competition Arsenal have in their ranks. Takehiro Tomiyasu and Tierney fell in the pecking order with the arrival of Saliba and Zinchenko but both used it as fuel to keep working harder.

Arsenal now have six players fully capable of being starters in their strongest eleven competing for four spots.

It’s exactly this type of healthy competition around the club which doesn’t allow for anyone’s performances to noticeably drop. That’s without a doubt one of the reasons why Arsenal are still in 1st place, 9 games into the season.

Both Ben White and Takehiro Tomiyasu are naturally CBs whose role requires their skillset at RB for Arteta’s side. White currently leads the way but Tomiyasu is biting for places stronger than ever. Even though they don’t differ profile wise as much as Arsenal’s left-side duo, they do have their different points of strength.

White is definitely the more silkier of the duo. His ball striking and understanding of what type of ball to hit into the box or into people is brilliant. His on the ball ceiling is higher than Tomi’s and his tehnical level looks greater as well. He’ll step up his level of crossing with time too, as he still seems to be learning the angles he can use to his advantage when he gets into advanced positions (and he gets into advanced positions alot). Additionally, he also has the better attacking arsenal of the two.

However, Tomiyasu has a greater engine and generally has more power in him. He’s outrageously ambipedal which serves up all types of different angles in attacking positions and when playing out from the back. Takehiro’s also better in the air. They’re similar in defence, different style wise but generally both very high level.

On the other side, the Zinchenko-Tierney battle seems to be intensifying in recent weeks with both playing a significant part of this season in the league. Olek Zinchenko was ultimately brought in to compete with the injury-riddled Tierney but the situation hasn’t been that great regarding his own injury record. Still, the two never had periods where both were unavailable during the season for now.

This duel is slightly more interesting because the two are vastly different in what they bring to the team.

Oleksandr Zinchenko is a natural as the inverted fullback, he understands how to set the tempo up and regularly controls games with his passing. With Partey sometimes being too eager in search of direct through balls, Zinchenko offers just the right amount of balance to control games throughout. He also excels as a counter presser but can have problems when faced with 1v1s or situations where the team gets overloaded and outnumbered. His passing variations are on a level higher than Tierney’s.

Kieran Tierney seems to be catching on how to play inverted. Before he couldn’t really showcase everything he’s got because he took a bit of time to get into match-fit territory. But saying that, he simply cannot offer the same level on the ball as Zinchenko in midfield. That’s not to say he doesn’t better himself in other categories or that his level on the ball is bad, far from that.

Tierney at his best is an astute defender whose positioning and defensive nous make him a tough fullback to play against, both in the air and on the ground. His defensive instincts (normally) are simply better. They both offer different types of final third play with one focusing more on power (crosses, shots, bursts) while the other prefers to beat his man by drawing him out of position with smart combination play with others before eventually looking for a pocket to cross or play someone in.

These two are prime examples of how one fits better for one opponent while the other for the other. It’s a great worry to have.

Arsenal haven’t had competition for places in the backline like this for years and years. Having this much quality either playing or lurking in shadows patiently waiting just brings the current level of the team up. These aren’t just quality options for one position, every single one of them bar Tierney (and even he had spells as a CB in a three) can comfortably play in at least two positions. Starting games knowing you must perform or you could get replaced keeps you at a high level and on your toes. And even with the mentioned quartet, Arsenal still have Cedric and Holding as the covers for their covers.

Competition breeds excellence and Arsenal are truly excellent in this area of the team. 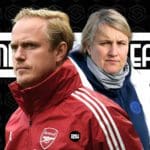 Can Arsenal Women end Chelsea’s hegemony in WSL?
Next Article 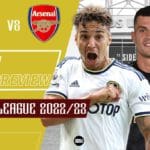