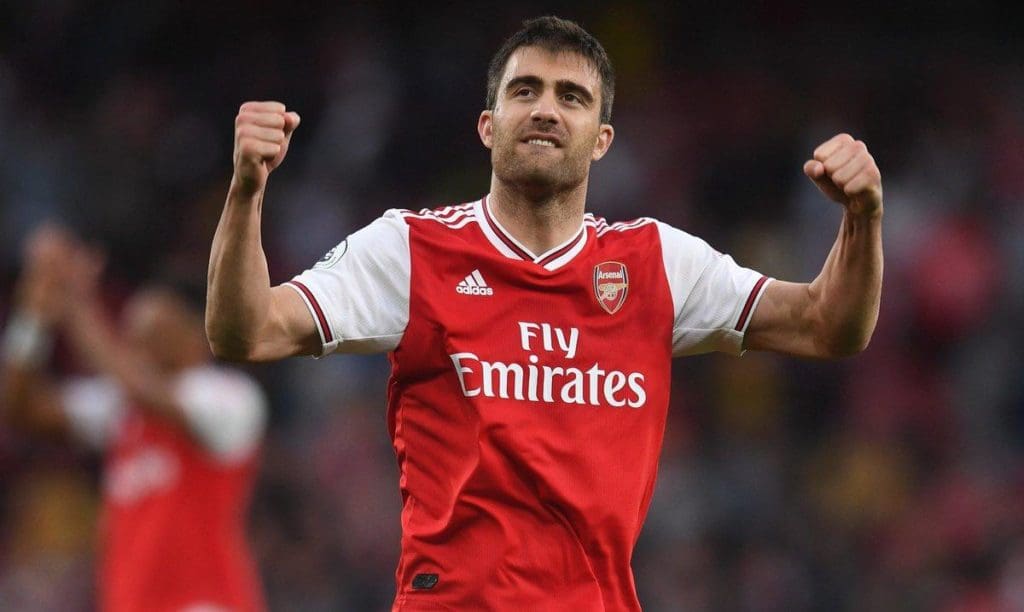 After two seasons with Arsenal, Sokratis Papastathopoulos looks set to move to Italy.

Italian media are reporting that Arsenal defender Sokratis is headed to Serie A club Napoli.

Sokratis is set to be one of the Arsenal players that will be missing out under new coach Mikel Arteta. The now 32-year old has had limited minutes under Arteta and looks set to leave before the window closes.

Upon first arriving in North London for his first season with Arsenal, Sokratis enjoyed a lot of game time and played majority of the games under former boss Unai Emery. However, those minutes have evaporated under the new regime.

Only starting 8 times across the last 27 league outings, with a lot of football still left in him, Sokratis would not want to sit on the Arsenal bench any longer.

Arteta considers the likes of David Luiz, Pablo Mari, Shkodran Mustafi and Rob Holding seemingly ahead of Sokratis. With the Gunners also adding the likes of William Saliba and Gabrial  the move has now become a question of when and not if.

The move also makes sense from Arsenal’s perspective, who would like to shorten their expanding wage bill. The reports also state that Arsenal have not demanded a fee and are merely looking to ship the player out, which means that Sokratis could leave on a free transfer.

As per a report from Neapolitan outlet Il Mattino, a Napoli switch for the Greek is already ‘a done deal’. Sokratis is expected to move to Napoli on a 2-year, worth €3.5 per season.