Arsenal have started the season in roller-coaster fashion. They started with a 1-0 victory at St James’s Park, followed by a 2-1 win over Burnley in which the new loanee Dani Ceballos showcased his talents. This coupled by the signings of Nicolas Pepe the summers hottest prospect, Kieran Tierney a good defender and the signing of one of the most experienced defender in David Luiz from their arch rivals had the fans going gung-ho. This team was good enough for them to get into top 4 and get back in the Champions League.

But after a string of poor results and bad performances people have started questioning Emery’s tactics and rightfully so, the Spanish manager insists on using four at the back system even though it isn’t David Luiz’s strong suit. Right now Arsenal are without any Arsenal for their defence.

David Luiz has been more influential in a back 3 than a back 4. His second stint at Chelsea is clear example of it, Conte tired him 4-4-3 which backfired and then he played him the 3-4-3 which won him the Premier league. Luiz isn’t the best defender in the Premier League and isn’t the best even in the Arsenal squad, but he more than makes up for this through is long balls and excellent vision. 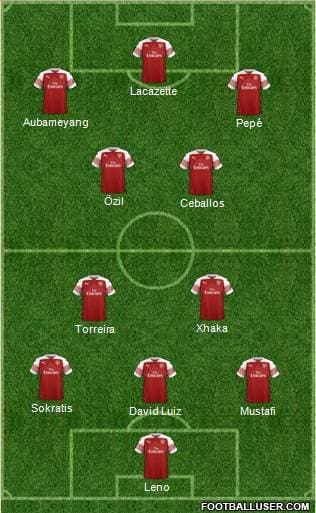 He is a good passer of ball and can provide Arsenal with stability and experience at the back which they clearly lack. But perhaps the best quality of the Brazilian is his switch of play, he can provide cross-field balls which Aubameyang and Pepe can chase. But this can only work when Luiz needs good defenders besides him who can do the dirty work for him, he needs a Azpilicueta and Cahill in this Arsenal team and perhaps Rob holding and Sokratis can be that for him.

Arsenal will have to sacrifice one of their regular starters to play 3 at the back. Xhaka looks more of a liability than a bonus, he is like a walking yellow card, he can be replaced by Torreira. Playing a 3-5-2 means sacrificing one of the front 3 which isn’t ideal. The best formation will be 3-4-3 which means there wont be wing backs for attack and defend but the mid of Guendouzi, Torreira , Ceballos and Ozil are good enough for both attack and defense. 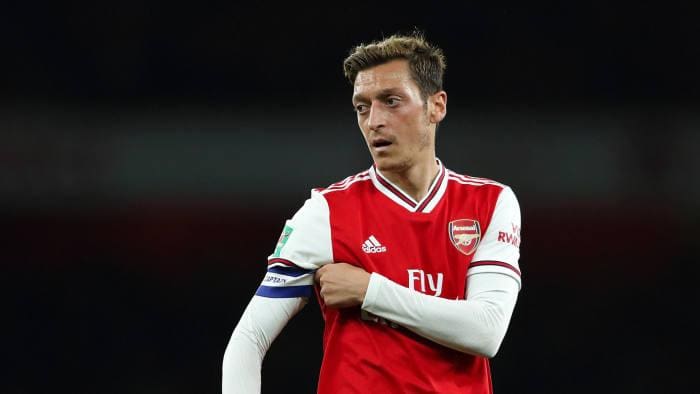 The quicker Arsenal switch to 3 at the back the better. It will be one of the key moment in the season for the team and luckily the Arsenal fans will get to see the benefits of having David Luiz and Mesut Ozil in the side for a change.

Trident of UEFA’s club tournament complete!
Liverpool CRASHING OUT of the League Cup
To Top