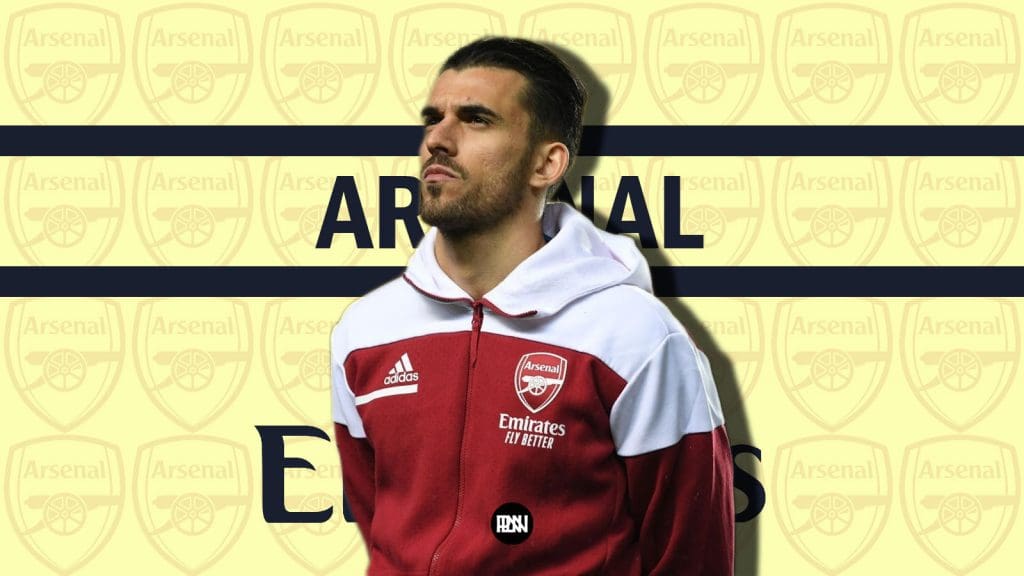 After a topsy-turvy start to the campaign, Mikel Arteta has seemingly turned it around. Unbeaten in ten games across all competitions, the Gunners are finally beginning to look the part as they set their sights on a European spot; sitting only two points behind fourth-placed Liverpool. However, with the AFCON just around the corner and a conspicuous lack of quality within the ranks to make up for absentees, it seems the North-London outfit have been reconsidering a move for a former player.

Following an inconsistent two-year loan spell at Arsenal, Spanish midfielder Dani Ceballos, 25, is back on the Gunners’ short-list for potential midfield signings after receiving inadequate game-time at his parent club Real Madrid, since returning to Spain ahead of the ongoing campaign. As per Catalan outlet, El Nacional, the North-London outfit are actively monitoring the midfielder’s situation at Real Madrid but could face stiff competition from his boyhood club Real Betis, who are said to have already discussed a loan + option to buy the midfielder from Real Madrid.

Still, to regain match fitness since sustaining an ankle injury during the Spanish National team’s Tokyo Olympics campaign, Ceballos is yet to feature under Carlo Ancelotti this season. Further, the midfielder is set to return to action in a few weeks but could struggle to make the cut at Real Madrid for the remainder of the campaign. Hence, given his poor injury record and lack of game-time, it remains unclear if the midfielder could be a reliable solution to Arsenal’s potential lack of midfield option at the turn of the year.

In his 77 appearances during his two-year loan spell at Arsenal, Ceballos only managed to register two goals and five assists across all competitions. Indeed, the Gunners declined the opportunity to sign the midfielder, instead opting to permanently acquire the services of his teammate Martin Odegaard from Real Madrid, following his impressive five-month loan spell with the club at the end of last season.

Ceballos, who displayed impressive performances despite his knack of picking up injuries throughout his time at Arsenal, served as a reliable squad player owing to his versatile skill set and ability to execute a variety of roles in the midfield position. Additionally, given the precarious situation surrounding Ainsley Maintland-Niles’ desire to stay at the club post-January, combined with Thomas Partey and Mohamed Elneny’s involvement in the AFCON, Ceballos could certainly provide much-needed cover across various midfield positions.

However, given his unconvincing loan spell and Arteta’s stirring long-term vision for the team, it remains unlikely the club look towards the Spaniard as a solution for a potential midfield crisis in January. At times captivating in his performances, Ceballos has the potential to succeed in the Premier League, however, the midfielder’s recurring injuries and lack of first-team football could prove to be a standpoint for the club in deciding against plotting a move for the 25-year-old.

For all the intangibles surrounding his game-time and injuries, Ceballos will certainly bolster Arsenal’s ranks. The Spaniard will come with proven Premier League and experience, while his versatility could play a key part in Arteta maintaining a challenge for the European spots during the latter half of the campaign.

With the ability to act as a chain in the double-pivot or serve as a creative outlet in the attacking third, Ceballos brings indispensable balance to the midfield. In addition, his vision, work ethic, and technical ability combined with his composure across numerous midfield roles could open up a distinct dimension for Arteta’s plan for the remainder of the campaign.

Provided he manages to gain adequate minutes with Real Madrid until the opening of the January transfer window, the Gunners could certainly weigh up a loan move for the Spaniard till the end of the campaign. Owing to his relationship with Arteta, the 25-year-old would certainly be keen on moving back to North London provided a move does materialize at the turn of the year.

– Martin Odegaard: Arsenal’s very own Luka Modric
– Why is Granit Xhaka so hard to replace at Arsenal?
– Pierre-Emerick Aubameyang isn’t a finished article
– Charlie Patino: The Rolls-Royce midfielder Arsenal have been brewing in their ranks
– Is Aaron Ramsdale a good buy for Arsenal at £32 million?
– Aubameyang & Ramsdale are a match made in heaven!