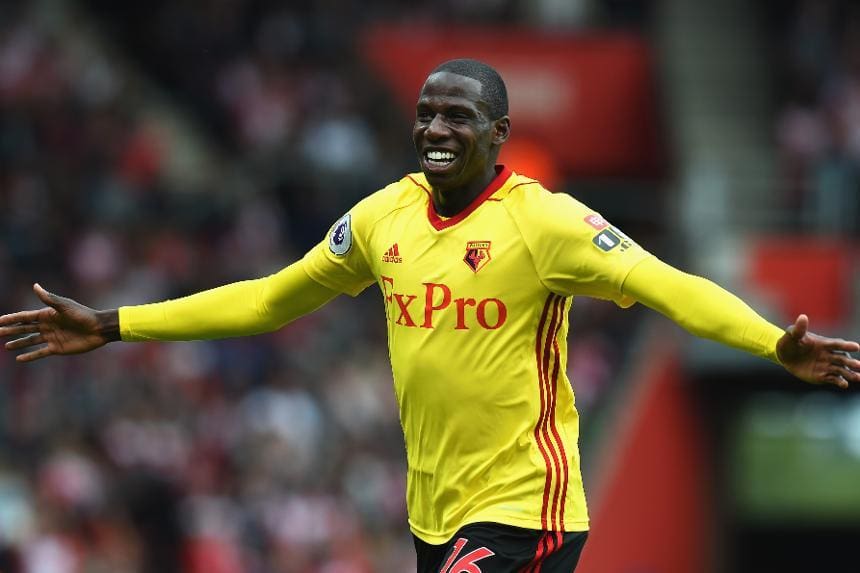 Abdoulaye Doucoure has reportedly emerged as a summer transfer target for Arsenal ahead of the 2020/21 season.

The Gunners are keen on midfield additions in summer and are hoping that the Watford midfielder could be a great acquisition for them.

Doucoure has been at the Vicarage Road for the last four seasons, which has seen him amass 141 appearances across all competitions for the club within that spell.

Watford’s drop into the Sky Bet Championship could likely see them lose some of their key players in the summer, with Doucoure one of the highly rated stars likely to depart the club.

The 27-year-old was involved in six goals for Watford during the just ended 2019/20 Premier League season which saw them relegated. He scored four times and laid on two assists in 37 games he featured in the top-flight.

According to reports on Saturday by English outlet The Mirror, Mikel Arteta’s side are lining up a summer move for the attacking midfielder in the summer window. The Publication also claims that Arsenal would have to offload any of their midfield stars Matteo Guendouzi or Lucas Torreira if they were to complete any deal for Doucoure in the summer.

Doucoure is under contract at the Vicarage Road with his current deal set to expire in the summer of 2023 but the club could consider selling him to have cash available to revamp their squad for their life in the Championship.

The midfielder is also said to be attracting interest from Premier League rivals Everton with Carlo Ancelotti keen to add to his squad.

Everton had two bids rejected for the 27-year-old last summer after Marco Silva expressed his desire to add him to his squad. And will be hoping to convince both Watford and the player once again this summer.