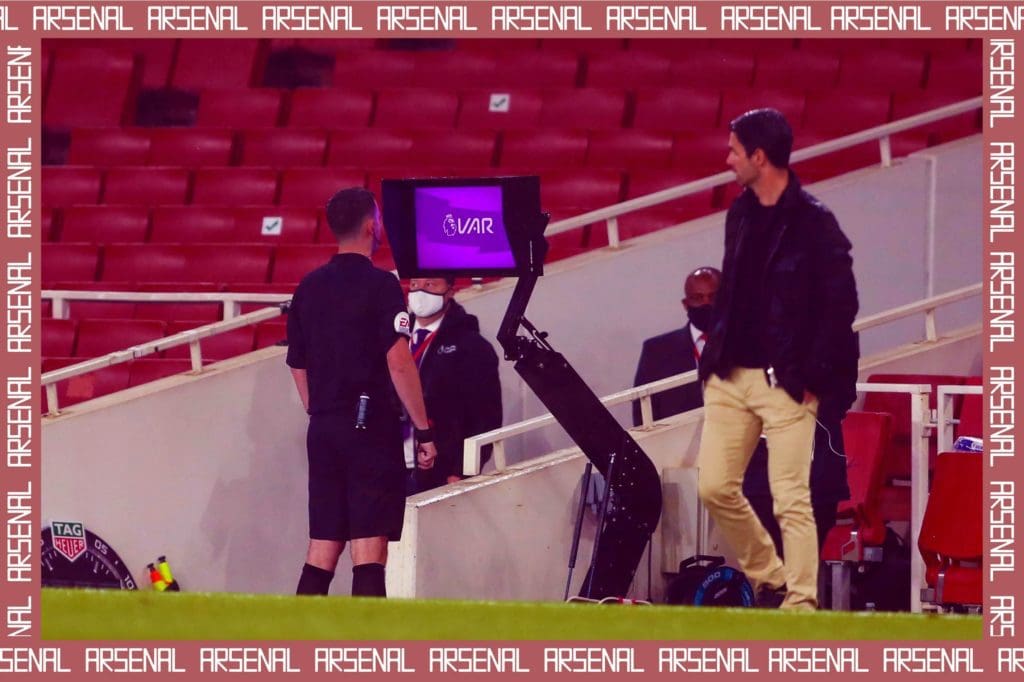 Nketiah was shown the exit for a challenge on James Justin after just four minutes of his introduction off the bench to replace Alexandre Lacazette in the second period of their 1-1 draw with Leicester.

The striker looked to continue after the tackle after being initially shown a yellow card by referee Christopher Kavanagh, but the punishment was increased after the challenge was revived by the VAR.

Mikel Arteta was left fuming by the decision, having seen Jamie Vardy escape punishment after kicking Shkodran Mustafi in the head during a clash before the half-time break.

“With the red card, he doesn’t see the player and you have to know that he is a young kid,” said Arsenal’s head coach. “But if that is a red card then Leicester have to play with 10 men after 42 minutes. That has to be a red card as well. 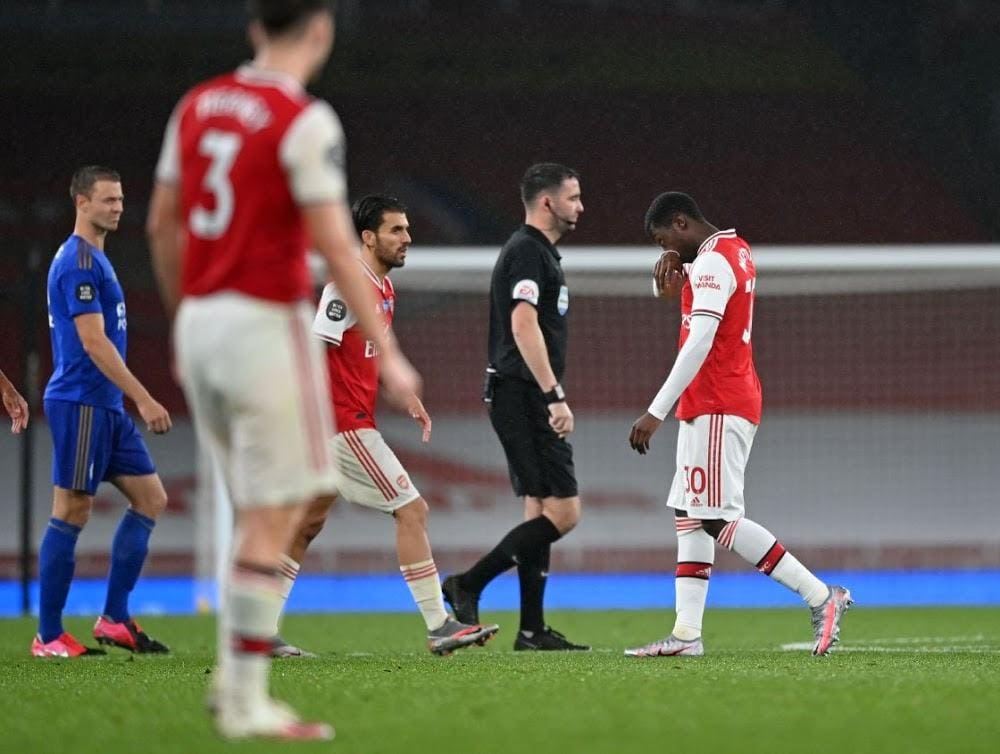 “If we review incidents of that type, we review them all. It has to be something equal for everybody because it changes the game completely. If Eddie is a red card, then for sure the other one is a red card.”

As it stands, Nketiah will miss games against Tottenham Hotspur and Liverpool in Premier League on Sunday and next week Wednesday respectively. He will also miss the Gunners FA Cup semi-final tie with Manchester City.

However, Arsenal have now launched a two-pronged appeal over the red card and the three-game ban. Arteta’s side are appealing on the basis of wrongful decision and excessive punishment.

A decision from the Football Association will be made by the end of the week. The gaffer also revealed the striker apologised to the changing room after the final whistle following the 1-1 draw at the Emirates Stadium.

Kieran Tierney speaking after the game also felt the decision made was a harsh one on the path of Nketiah.

“I had a view [of the tackle], to me it looked totally accidental,” said Tierney. “Obviously I’ve not seen it in slow motion like the referee, I didn’t get a chance but for me it’s accidental and Eddie is not the kind of player who would do anything like that.”