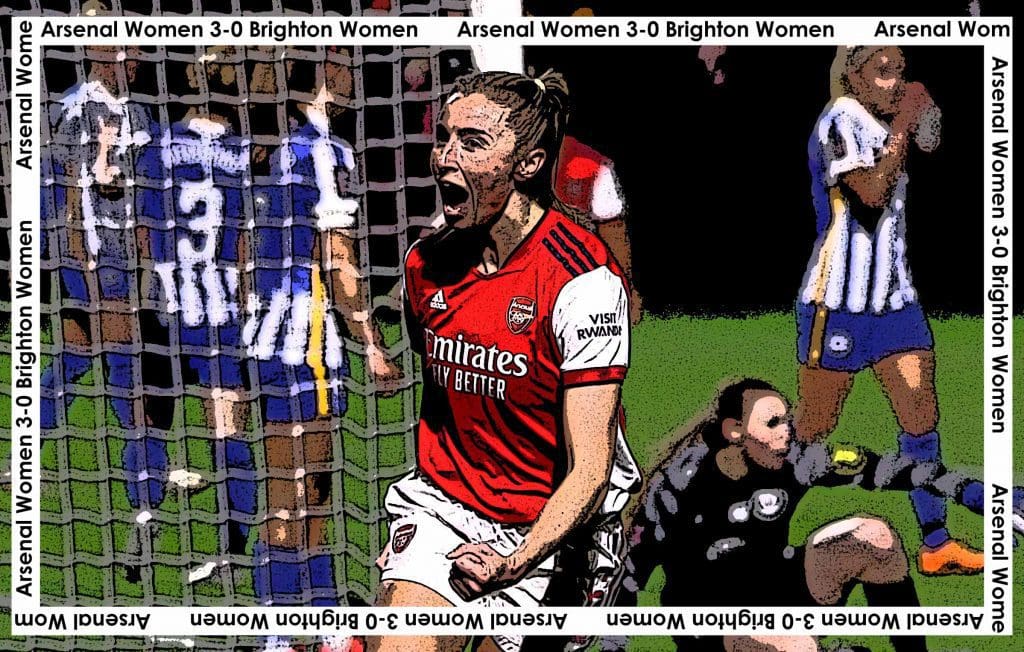 Arsenal Women faced Brighton & Hove Albion Women in order to go face to face with Chelsea Women in a Women’s FA Cup Final. Brighton were looking for a shock win, however, everyone knows how good Arsenal are, so they had some work in order to get a result. Read more about the match in the report below.

The Gunners were looking to continue their good start to the season by reaching an FA Cup final, and Eidevall was certainly set on doing so. Tobin Heath, Lotte Wubben-Moy, Steph Catley, and Vivianne Miedema all being rested due to overplaying but Arsenal have the depth to beat a team like Brighton without them. There were 4 changes for Eidevall’s side, with 3 of them being Tobin, Lotte, and Viv, but the other was just rotation, with Frida Maanum making way for Lia Wälti.

Brighton were looking to make it to what would be the biggest match in their history, but beating Arsenal was no easy task. However, they had hopes, with defender Maya Le Tissier saying before the match, “There is no pressure on us, we’re not expected to win outside the club so we will give it [our] all. It is everyone’s dream to play at Wembley and we’re one step away from that. Why can’t we get to the final and even win the trophy? It’s going to be hard but we all want to go to Wembley. We’ll prepare well and do everything we can to win.” So Brighton weren’t prepared to back down to the monster that is Arsenal Football Club. So what happened in this David and Goliath fight? Find out below.

Well. That first half was boring for both teams to say the least. Brighton stayed back in their box and defender for their life. During Victoria Williams’ goal-line clearance, 10 Brighton players were in their own box, with striker Danielle Carter staying up as a lone striker. Arsenal were the better side, and you could tell that Brighton were eventually going to crack.

Arsenal finally took the lead through Kim Little, after a cross from Beth Mead, who continues her brilliant start to the season. Little took the touch from the cross, and after the ball lited she got her foot there before anyone else and it hit the back of the net.

The provider turned into the scorer for Arsenal, with Beth Mead assisting the first from the wing but racked up a goal for herself, still from the wing. Beth Mead drove into the Brighton half, where she passed it into the middle. However she continued her run and received the ball back, so she waited for the defender to attempt to win the ball, put her through it, and a deflection helped it on its way into the goal.

Arsenal got a third to wrap up the game, with Leah Wililamson scoring another headed goal from a corner. It was nothing more than an assurance goal for Arsenal, with Brighton not showing much threat to the Gunners’ two goal lead. Williamson ran into the box, headed it into the ground and got her third Arsenal goal of the season.

And after that it was full time. A brilliant match for the Gunners, and it was also a brilliant match for Leah Williamson! Brighton had tried their best, and could leave Meadow Park with their heads held high. After the match, Brighton manager Hope Powell said, “Credit to them. They are a great side and they had just too much for us today. They basically ran the show. When we had the ball it turned over too cheaply and too quickly. But I am very proud of the way we committed ourselves.” After the 3-0 win, Arsenal will face Chelsea at Wembley in the FA Cup Final on December 5th. I’m (hopefully) going to be there, and I hope it’s more memorable than Fran Kirby and Ramona Bachmann destroying Arsenal in 2018. 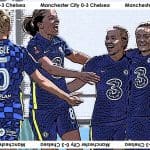 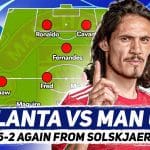 Can Ole continue the upper trajectory on back three vs Atalanta?
Leave a comment