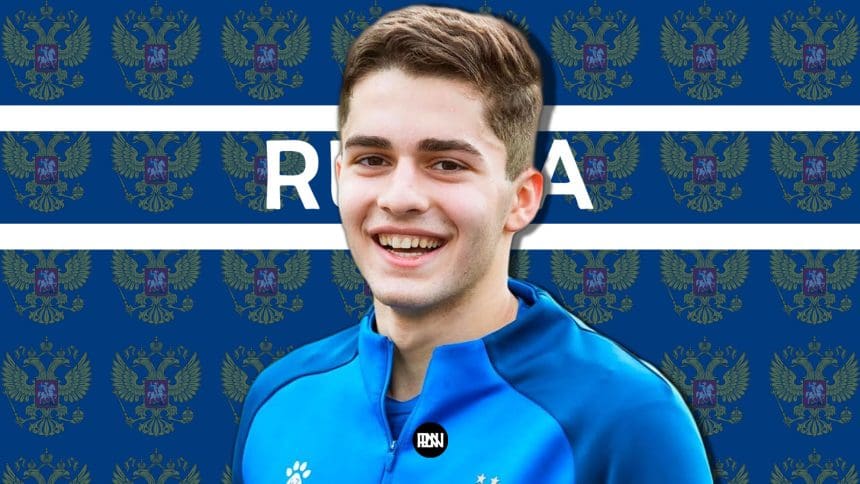 Not many times do players publicly declare their desire to join another club prior to the start of a transfer window. Chelsea are in the news for this predicament after one of their summer targets, whose deal did not materialise, has spoken out about his desire to join the West London club. Arsen Zakharyan of Dynamo Moscow has voiced his wish to join the Blues in the summer after a tough summer in which he was forced to stay with Dynamo Moscow due to FIFA regulations.

Because of the present geopolitical tensions between Russia and Ukraine, FIFA, UEFA, and the UK Government have put limitations on signing Russian players or players who play for Russian clubs during the summer. Chelsea and the Russian club agreed to a 12.6 million pound agreement for Zakharyan, only for the transaction to be stymied by the legal hurdles of recruiting Russian players.

Zakharyan was linked to a host of European clubs with the likes of Manchester City and Real Madrid all keeping close tabs on the player. Chelsea wanted to jump the queue and put their hands on whom they consider an “a potential world-class player” before other European clubs. The 19-year-old wonder kid had a 12.6 million pounds release clause in his Dynamo Moscow contract which was triggered by the Blues to speed up negotiations. The new owners’ Todd Boehly and Behdad Eghbali were determined to land the Armenian-origin player after spending close to 40 million pounds on highly rated players with the likes of Carney Chukwuemeka, Cesare Casadei and Omari Hutchinson joining the club in the summer.

The restrictions imposed on signing Russian players put the deal on hold for both parties as the Blues couldn’t find a way around the rules. Zakharyan, who was born into an ethnic Armenian family, applied for Armenian citizenship to change his nationality and ease the transfer process but the Blues did not have enough time to get the deal over the line before the deadline day. Despite the deal being agreed on personal terms and club terms, the deal had to be stalled until the January transfer window hoping that the tensions between Russia and Ukraine reduce and FIFA remove their restrictions also giving Zakharyan time to get an Armenian passport.

Zakharyan was born in Samara, Russia to Armenian parents and has played for all youth levels of the Russian National Team. His Dynamo Moscow debut came in 2020 and since then the midfielder has gone on to make 56 first-team appearances for his side. His versatility is his biggest asset with the 19-year-old able to play anywhere in the midfield and even as a left winger. Being predominantly right-footed, Zakharyan tends to cut in on his right side to try his luck when playing.

At 6ft, he is a threat in the opposition box during set pieces and crosses which adds to his game. He is a physical dribbler who can progress the ball through the opposition press and take on players in 1v1 situations. A playstyle similar to Mateo Kovacic, Zakharyan has the goals in his locker which the Croatian lacks which makes the wonderkid one of the brightest emerging talents from the Russian Premier League. He loves to make late runs into the box to score similar to what Chelsea fans saw Lampard doing during his time with the Blues.

His first coach, Vladimir Korolyov was left impressed by Zakharyan during his early footballing days. The Samara legend said, “Arsen stood out since the age of six. He never had problems with dribbling past defenders, but enjoyed more when able to provide assists. He has an interesting style, because there is an illusion that the ball is too far from him when he is running with it. In reality, he is in full control thanks to his long stride. But his most important quality is his intelligence. He always reads the game better than others, and is also very serious and disciplined in training.”

Overall a great utility player who is great defensively and offensively. The fact that he is still 19 and is wanted by one of the biggest clubs in Europe speaks volumes about his potential and talent which he possesses.

The midfielder recently spoke on the Komment Show and confirmed his intent on joining the Blues with the player ready to be patient about the move. He said, “My agents were informed about Chelsea interest. I said: ‘Yes, I want to go and see what happens’. I didn’t rule out a loan option. At least I would try myself. Maybe I could play right away.”

His determination to move to Chelsea and cement a place straight into the first team deserves plaudits as it’s rare for a 19-year-old who has never played for a big European club having such an elite mentality. Chelsea will again try their best with their newly revamped recruitment team in the summer to bring Zakharyan to West London without any complications. Recent injury to N’golo Kante until February opens up a spot for Zakharyan to start immediately competing with Carney Chukwuemeka for the spot as Dennis Zakaria is expected to return back to Juventus in January. 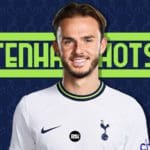 Should Tottenham be looking to sign James Maddison?
Next Article 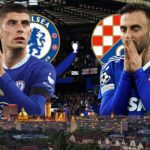