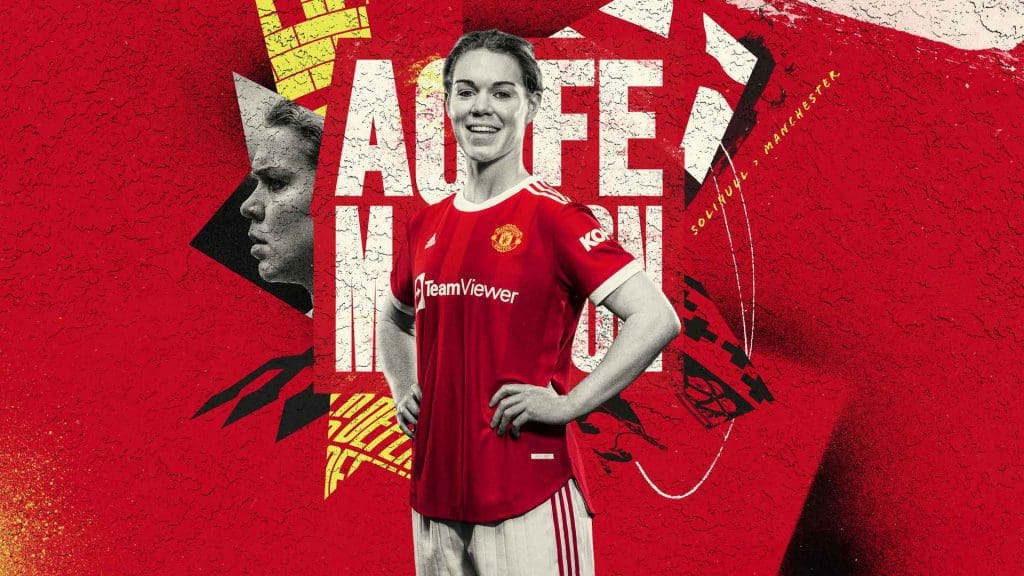 Manchester United have completed the signing of 25-year-old defender Aoife Mannion from Manchester City following the player’s release from the club earlier this month. The seasoned centre-back joins United on a two-year contract following her two-year spell with Manchester City.

Mannion is an experienced defender, having had a taste of European as well as international football. The defender has represented England at various youth levels and received her first senior call-up in 2019. Additionally, Mannion also boasts the experience of competing in the Champions League during her stint with both Manchester City and Birmingham City Women.

The centre-back began her senior career at Birmingham City in 2013 and was amongst the brightest prospects in the squad. Mannion made 136 appearances, across all competitions, for Birmingham during the seven years spent at the club and became a fan favourite – admired for her work ethic and professionalism. The defender was also part of the 2017/18 and 2018/19 FA Women’s Super League Team of the Year during her years at Birmingham.

Since her arrival at Manchester City, however, the centre-back struggled to cement her place in the starting line-up. An unfortunate knee injury during a Champions League encounter against Atlético de Madrid, during her debut season with City, further impeded her progress at the club. Mannion made seven league appearances during her two seasons at Manchester City but failed to find regular minutes following her return from injury. Despite her misfortunate spell at City, the defender is a welcome addition to an ambitious United squad.

Along with their experience of competing in the Champions League, Mannion also possesses the winning mentality required at United. The defender is a serial winner, having won trophies and challenged for titles at her previous clubs. She was part of City’s Women’s FA Cup-winning side in 2019/20 and was a runner-up with Birmingham city, in the same competition, in 2016/17. Mannion was a vital part of the squad during a remarkable campaign with Birmingham City, which saw them secure an outstanding fourth-place finish in the 2018/19 WSL season.

The 25-year-old is a calm presence at back with the ability to spray long passes and win duels against most attacking players. With the arrival of Hannah Blundell from Chelsea, Mannion is certain to be part of a fresh United backline going into next season. Speaking to the club website, United’s football director, John Murtough, underscored the importance of the signing, “Aoife is a high-quality and versatile defender who will give us some great options in our backline as we continue to strengthen the squad this summer.” Further, he also highlighted the importance of the player’s experience of having competed in Europe as essential to the team’s progress and marked the signing as a “great character” who can have a “real impact” at the club.

Mannion is United’s fourth signing of the summer following the arrival of Norwegian midfielder Vilde Boe Risa, goalkeeper Sophie Baggaley, and right-back Hannah Blundell. The defender was ecstatic following her move to Manchester United and hopes to help the club qualify for the UEFA Women’s Champion League. “It’s a new chapter for me in my career and I’m just looking forward to working as hard as I can for this club. European football is obviously a big ambition here and would be the next step for the club, so to break into the Champions League with this team would be amazing.” Mannion further added that she is excited to witness the passion of the fans in the stadium next season.

The 25-year-old is an indispensable addition to the squad following the departures of Abbie McManus and senior defender Amy Turner this summer. McManus left the club following the expiration of her contract. The 28-year-old had joined Manchester United from their rivals City in 2019 but failed to cement her place in the starting line-up, making 25 appearances for the club. McManus has completed a move to Leicester City while Turner joined National Women’s Soccer League side Orlando Pride last June.

Leeds United interested in Mikkel Damsgaard
Transfer Breakdown: Why is Al Musrati an effective alternative for Joao Palhinha as a Ruben Neves replacement?
To Top