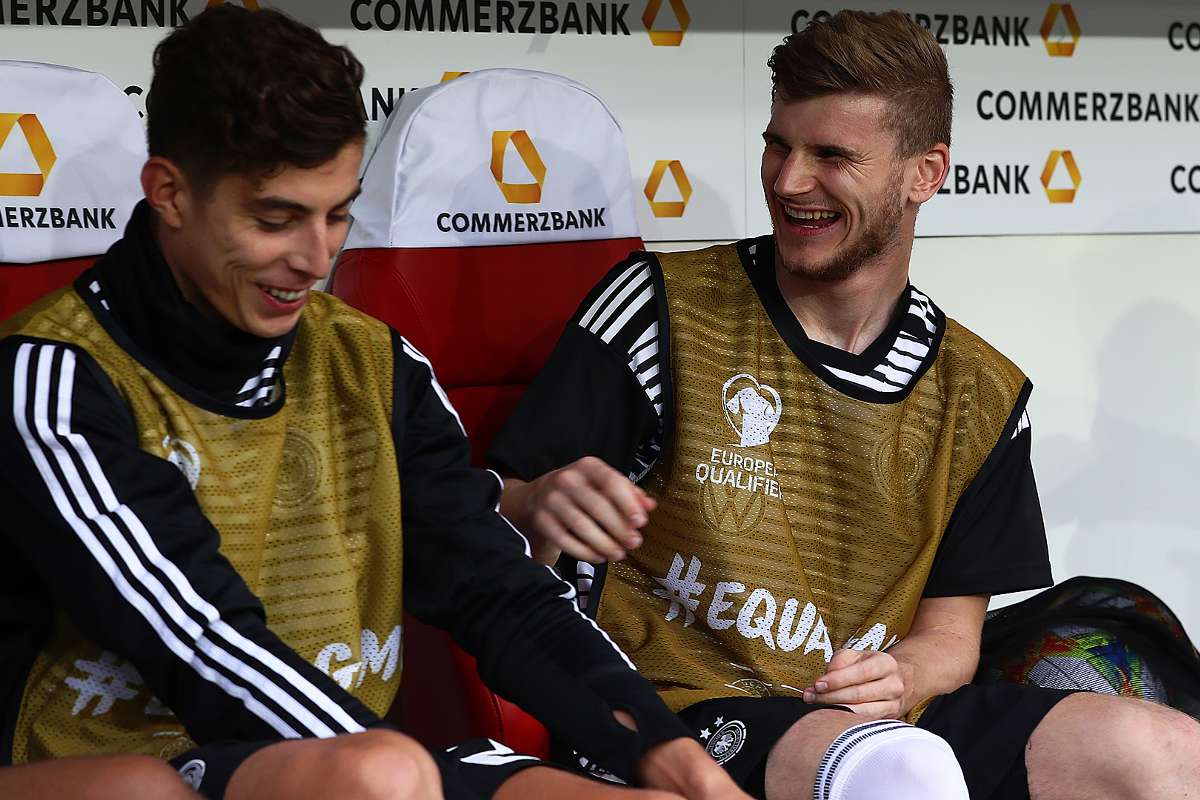 Chelsea defender Antonio Rudiger has commented on the unpayed but effective role he played in convincing former RB Leipzig forward Timo Werner to join Chelsea this summer and he has also stated that he hope to have had the same effect on Bayern Leverkusen playmaker Kai Havertz who is on the verge of completing his move to Chelsea.

It is understood that the Blues have agreed to pay an initial club record fee of £72million for the 21-year-old midfielder, which will unsurprisingly take Chelsea’s summer spending beyond £200million, considering their acquisition of Timo Werner, Hakim Ziyech, Ben Chilwell Malang Sarr, Thiago Silva et al.

Although Kai Havertz is currently with the Germany national team squad in Stuttgart but his move to Chelsea is edging closer as the day goes by.

Rudiger has also joined up with the national team squad and has expressed optimism about the Bayer Leverkusen star joining him in at Stamford Bridge at earnest.

“Everything went well with Timo Werner, so I made my contribution,” Rudiger said at a press conference on Tuesday ahead of Germany’s Nations League clashes with Spain and Switzerland. “And I hope that it works again now [with Havertz].”

‘Agent Rudiger’ played a similar role earlier this summer when Chelsea were on the verge of signing Werner from RB Leipzig – with the striker later revealing the centre-half was key in his decision to head to London.

“He was positive about it all. It would have been strange for him to say different, though!

“He was full of praise. He said that the city was incredible and that you can only be happy there so it was useful to be able to talk to him, and he really helped me in making my decision.”

Kai Havertz has reportedly agreed personal terms on a five-year contract and will become Frank Lampard’s 7th summer signing, when the deal completes.

With Chelsea’s continuous spending spree this summer, the club looks to be sending out a strong signal of Chelsea’s ambitions to become title contenders rather than just a mere top four challengers.

And with the incoming of Kai Havertz, the Blues will be hoping that his signing can further help Chelsea to close the gap on Premier league usual title contenders like Liverpool and Manchester City next season.

Gareth Barry: A veteran of the game finally retires
West ham and how they can improve this season
To Top