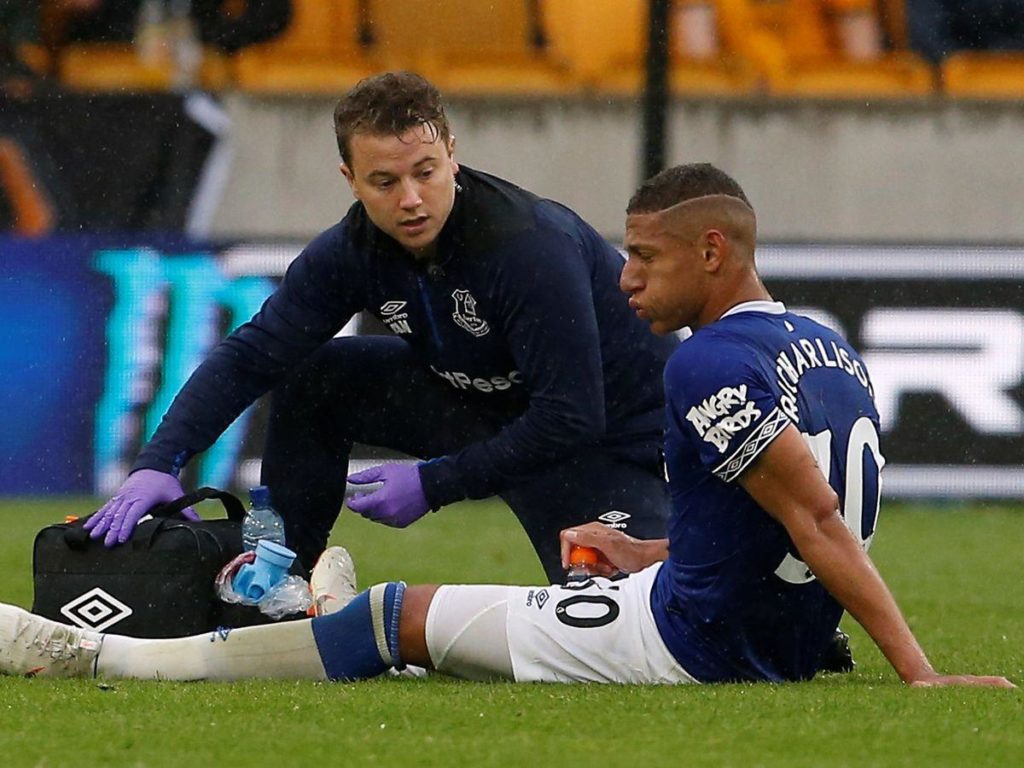 Everton manager Carlo Ancelotti has provided an update on Richarlison after the Everton forward for forced off injured against Leicester City.

Everton registered an important win at home against Leicester City yesterday. Richarlison opened the scoring for the Toffees early in the game after meeting Anthony Gordon’s low cross to finish past Schmeichel.

Ancelotti’s side managed to brush past the Foxes with a 2-1 win. However, the win came at a cost as Richarlison was substituted in the 57th min holding his ankle after a tackle from Ndidi. Ancelotti hinted that Brazilian could be out for a prolonged period.

“It was only a knock on his ankle – he will not have a problem recovering.”

Everton’s close win at Goodison Park means that the Toffees are eight points off the Europea League spot. Ancelotti’s side had just one point from their last three games prior to the league’s suspension. However, since the restart, they’ve gained seven points from three games. Ancelotti remains hopeful for a European spot and is happy with the performance of the team post lockdown.

“I am happy for the spirit that the team has shown in the three games,” he said. “Sometimes we haven’t played well but the spirit is the key for the good results we’ve had. The first-half was good for us.

“We scored two goals and were in control of the game.  The second-half was totally different.  Leicester went out with power and intensity and we found it more difficult to cover the space. The fact we conceded a goal so early in the second half was a little bit of a worry and we didn’t play as we wanted to, and as we had in the first half.”

And on the tactical switch at the back, Ancelotti added: “At the end, Leicester changed their shape in the second half. After 60 minutes we changed the shape and tried to defend better.”