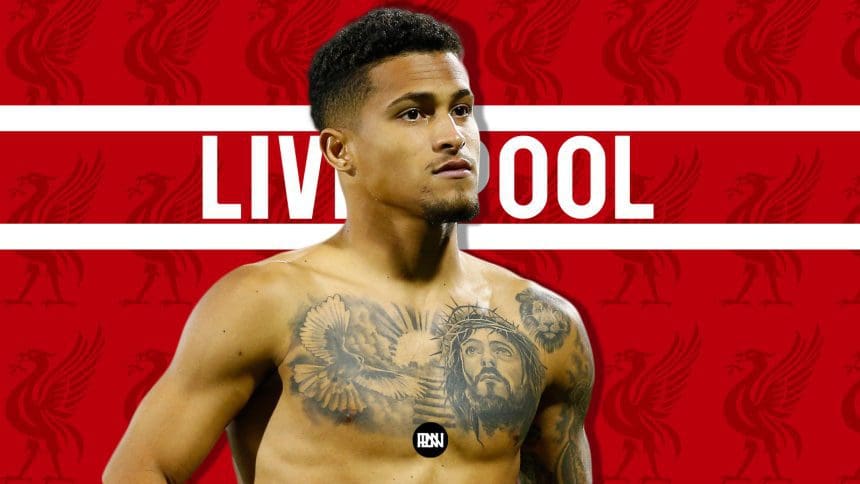 Flamengo’s midfielder Joao Gomes has been among the names linked with a move to Liverpool, as an alternative to rather much expensive Jude Bellingham. But, who is Joao Gomes? What does he bring to Liverpool? How is he different to Jude?

Midfield has been a dipping point in the current Liverpool squad. Injuries, form, lack of confidence, and other factors have played a hand in this downfall but it needs sorting out before it is too late and Jurgen Klopp seems to be knowing that. Unlike many of his past press conferences, the German has clearly acknowledged the issue and has looked worried by it on a positive note for all the fans wondering.

Arthur Melo, for instance, is a player that Liverpool signed on the deadline day of this summer transfer window as a means to solidify the midfield. However, as expected, the Brazilian has not been a very key part to the scheme yet. But with the players like Thiago and Jota, returning from their respective injuries the problem looks sorted for the time being. The Reds cannot get over the moon as the start to their 2022/23 campaign has not been one to remember. And we have said it quite a few times before, but it is the fact that Klopp and co. needs to stick with a plan and try to work it out for the remainder of the season.

Realising ‘the need for a midfielder’ a bit too late in the summer, allowed the Reds to only make a quick-fire loan move for Arthur Melo. But with nearly 3 months remaining for the Transfer Market to reopen again, it might not be a surprise if we see Liverpool being active in January for a much-required midfield signing.

It has been a couple of years or so now that the Reds have been linked with the Dortmund star in Jude Bellingham. It was mainly after his interview with the Bundesliga where he added that his role models are Wayne Rooney and STEVEN GERRARD and that he tries to base his playstyle similar to former Liverpool captain. Although many reliable sources believe that the Reds and Real Madrid are set to go head to head to sign the services of Bellingham in June next year, we could see some advance moves in January from either of these sides.

Joao Gomes: The end of the Bellingham-Liverpool saga?

One of the latest developments to the whole Bellingham-Liverpool saga is that Borussia Dortmund have named their price for the young English star, and it is not looking good for the Meseysiders. The German side are believed to have been expecting a sum of around £150m from any of the suitors who want Bellingham’s services, but The Sun also believe that BVB might accept a price of around £90m – given they are paid the lump sum cash in one go. Whatever it is, after having spent around £85m recently on Darwin Nunez, Liverpool would surely not go into the market looking to splash that kind of money yet again!

And this is where it all began, Liverpool getting linked to a 21-year-old Brazilian midfielder – Joao Gomes. A product of Flamengo’s youth academy, making his mark in his senior career for the Brazilian club in 2020 against Sao Paulo. The young defensive midfielder has continued his rise upwards, as he was not one of the priority picks in the starting XI till the last season. However, 2022 has seen him cement his position in Flamengo’s starting XI and he does not seem to be  looking back from hereon!

Gomes, like many other Brazilian players, possess the sauce and the flair that most of the defensive midfielders don’t have – as they might not feel the need to have it. To be fair, a CDM is a position where ‘technicality’ is more revered than skill boasting, or to put it simply the skill set required is your tactical ability if you are to become a solid defensive midfielder. This is where Joao Gomes brings his uniqueness, having that Brazilian flair gives him the extra liking that modern-day audiences thrive upon. For instance, in an active press situation, Gomes would do a nutmeg or a turn to just get out of it where he could have just simply passed the ball forward to a teammate.

More of a holding midfielder, often, Gomes’ playstyle has drawn comparisons to that of Fabinho’s gameplay. It is not a vague shout, given both of them are Brazilian and they both are also defensive midfielders. But at the same time the younger of the two has an added attribute of pace over the Liverpool man, obviously, as the latter is nearing 30!

Having signed a contract with Flamengo till 2027, recently, Mundo Deportivo reports that the Brazilian side won’t let him go for anything less than his €60M ( around £50m) release clause. Still a better offer than what Dortmund have priced Bellingham for, and this is why there have been a surge of links between Liverpool and the Flamengo midfielder.

Is Gomes a perfect fit for Klopp’s Liverpool?

“These days, I’m stealing more balls than I’m setting up, but I still know how to set up. I know how to make a key pass and get assists.” Joao Gomes told FlaTV in an interview, where he acknowledged his inability to contribute goals in the past few games for Flamengo. At his current club, the 21-year-old Brazilian midfielder has been handed over a much deeper role that restricts him to tackles and recoveries and even leading to him playing as a cover CB in most of the games.

While he still calls him a defensive midfielder, Joao Gomes’ repertoire of skills showcases his personality as a forward CM. This might be seen as a weakness, but if Liverpool are eyeing a move for him this might drive them to sign the player. Why? Well, they need a central midfielder alongside Thiago Alcântara, who can play the role of a driver at the heart of the current squad. The sole reason Bellingham was being linked to a move to Anfield was because of his ability to drive the game from the midfield.

With too many injuries and out-of-form players – like Oxlade Chamberlain – Klopp’s current squad lacks a player of such repertoire. Carvalho and Elliott are two of such young bright stars who have stood out in Liverpool’s abysmal show so far, but even these two need rest! So, this is where someone like Gomes comes into fray. He is young, quick, has the ability to shift gears from defence to attack, has the attacking mindset and even possesses the skills of a defensive midfielder- that will even allow him to take Fabinho’s place in the squad, in his absence.

With options thinning as the time passes by, the Reds might be having one of the few best remaining midfielders in the market to sign in the upcoming windows- in Joao Gomes. Although there is not really much to conclude from his senior career, so far, it is just the case of so far so good. But in order to even sign him for his services, Liverpool must act quickly as Real Madrid have come knocking on the doors yet again!

It seems like Los Blancos have made it their sole motive to ruin the day of the Reds, first with the Bellingham saga and now here, with Gomes! The price-tag could make a huge difference, allowing the LFC owners to go into a bidding war if the needs must. A lot is on the line here, as far as the English outfits are concerned- seeing their recent show of performances, there should not be any shock to see the Reds moving in for a midfield signing in the Winter, given Arthur Melo fails to adjust whatsoever.

Flamengo midfielder Joao Gomes tells ESPN on Liverpool scouting him: “Liverpool are a team I’d play for. I have the greatest desire to play”. 🔴🇧🇷 #LFC

“Playing in the Champions League is my biggest dream in football”, Joao added. pic.twitter.com/uhTWROzdBK

Gomes’ abilities, however, are prima facie evidence of why Liverpool should look to sign him. And he is even cheaper than Bellingham, who was supposed to be Anfield bound before Dortmund announced their expectations from the player’s suitors. In some positive news, the young Brazilian has even voiced his happiness over a possible move to Liverpool amidst all the links. So it is all up to the Reds how strategically they plan to lure the player to Anfield, and how they convince Flamengo to come to an agreement before the other suitors do… 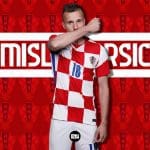 So, Who exactly is Mislav Orsic? – Scouting Report
Next Article 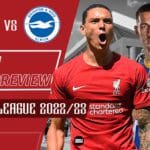