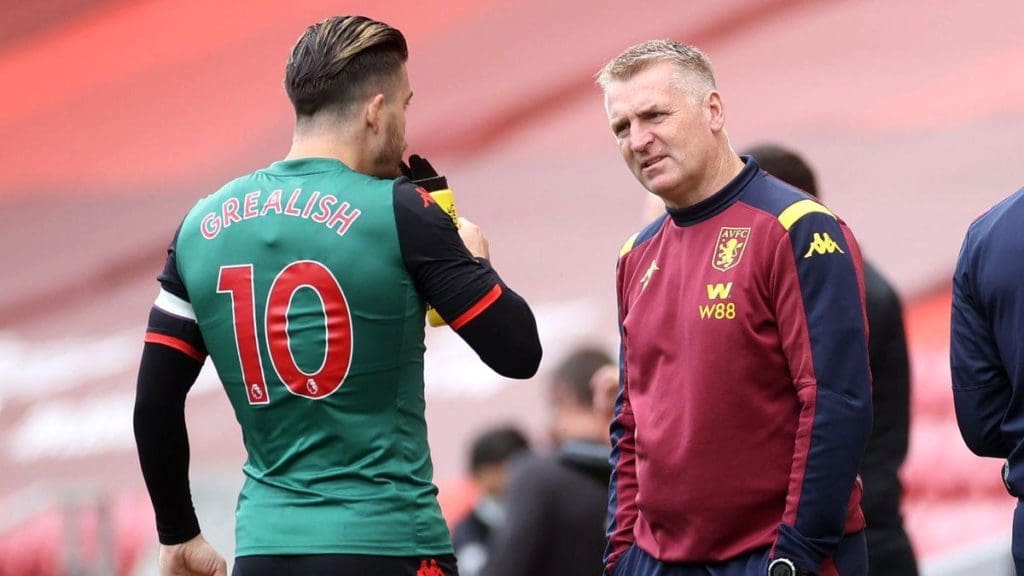 Aston Villa manager Dean Smith has disclosed his intention to canvass with the club’s hierarchy to sort out Jack Grealish’s future at the club.

Grealish who joined Aston Villa at the age of six, has since been attracting numerous interests from top Premier league clubs since making his debut for the club in May 2014.

The England international midfielder has had a brilliant 2019/2020 season, making vital contributions and shouldering much of the offensive duties for the Villans who narrowly escaped relegation, thanks to their consecutive last two league victories.

Grealish scored the goal which kept Villa in the top flight on Sunday and Smith is hopeful the £70million Manchester United target will stay at Villa Park.

The club captain has never been short of suitors especially with Manchester United amid others, seeking to sign the Birmingham born attacking midfielder.

Despite the financial challenges being faced by several clubs, the possibility of losing Jack Grealish this summer still looks highly likely this summer.

Considering Aston Villa’s last minute league safety, the Villans looks not to be in such financial condition, which would have forced them to let go of some of their big stars if the club had relegated this season.

Their Premier league status has definitely given them more financial security, which would see them retaining the services of their club captain Jack Grealish, unless the right price is being tabled for his signature this summer.

Dean Smith speaks on how he plans to retain the services of the club’s icon. “It will all be sorted over the next month. I’m certainly hopeful. He’s contracted for another three or four years,” the Villa boss said. “I’ve said many times before we had billionaire owners if people want to come in and get the best player, it’ll cost an awful lot of money.

“Jack’s an Aston Villa fan, he will be immensely proud that he scored the goal that managed to keep us in the Premier League. I’ll sit down with the sporting director, the CEO and the owners on Monday. Let’s enjoy this. It’s a magnificent achievement.”

Can the board be able to fend off all interests in the Englishman this summer?

Will Dean Smith get his wish done? Hopefully, the club might see no reason to let their highly talented captain to leave Villa Park now, or in the nearest future, if their Premier league status continues to be preserved.