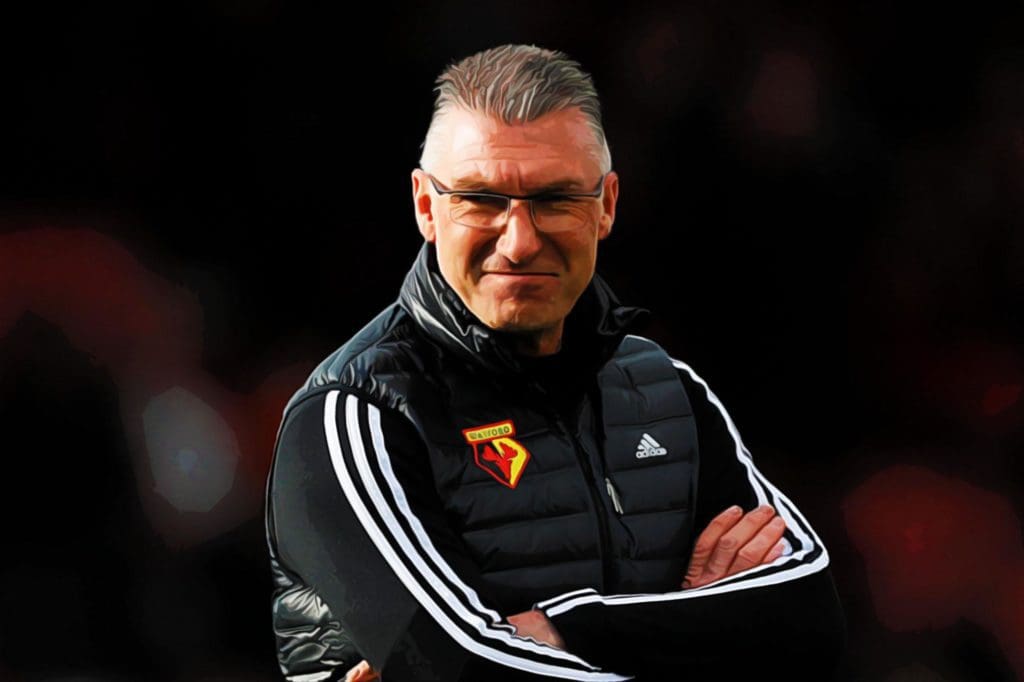 Watford are in severe need of some inspiration from their main man – Nigel Pearson. The players, lost and unmotivated, dropping points left, right and center have left the fans devoid of hope. With Watford sitting 17th in the table, just 1 point above the relegation zone, they could really use a Nigel Pearson masterclass right now.

Appointed as head coach on 6th December 2019, expectations were high when Watford ended Liverpool’s winning streak at Vicarage Road, back in February. However that was the end. They haven’t won a single Premier League game since then, having scored 29 goals and conceded 52 this season. Nigel Pearson has a job on his hands now, having to avoid relegation at any costs. He will have to get the likes of Troy Deeney, Ismaila Sarr and Gerard Deulofeu. Pearson was in a similar position with Leicester City a few seasons ago, where he got sacked for eventual title winning manager, Claudio Raineri. Pearson paints a bleak picture on the touchline as Watford drop more points, his frustration visible in his players as well. He has never been a very level-headed individual, often hitting out at journalists as well as other players, and had some unsavory things to say as Barkley scored Chelsea’s third and put Watford to the sword.

If they were to avoid relegation, Watford would have to fix their defensive frailties and address the discipline of various players. Their attack looked docile and almost non-existent against Chelsea. Pearson will have to fix all of this and with games coming in thick and fast, he will have to do it fast. Luckily for him, Watford face Norwich City next. Pearson can afford to and in all honesty, needs to try newer, more positive tactics against the Canaries, who are the worst team in the league. He has to stop playing a low block and use the physicality of players like Deeney and Doucure to drive the ball towards goal, and put Deulofeu as well as Sarr through. With Will Hughes acting as the engine, Capoue and Doucoure acting as midfield anchors, Pereyra could be given more attacking freedom to free-roam and weave some of his wizardry in the final third. The Hornets look a shadow of their former selves, but a few goals and some positive results could easily change that for the better.

Pearson has a job to do but he couldn’t have had a better team to start with than Norwich. He needs to stop playing conservative, ineffective football and realize that it is all or nothing for the club as well as him. Whether they manage to scrap their way out of the relegation battle remains to be seen, but one thing is for sure- while the season appears finished with Liverpool winning the title, this is far from the case, with the relegation battle and the race for the top 4, only getting better.