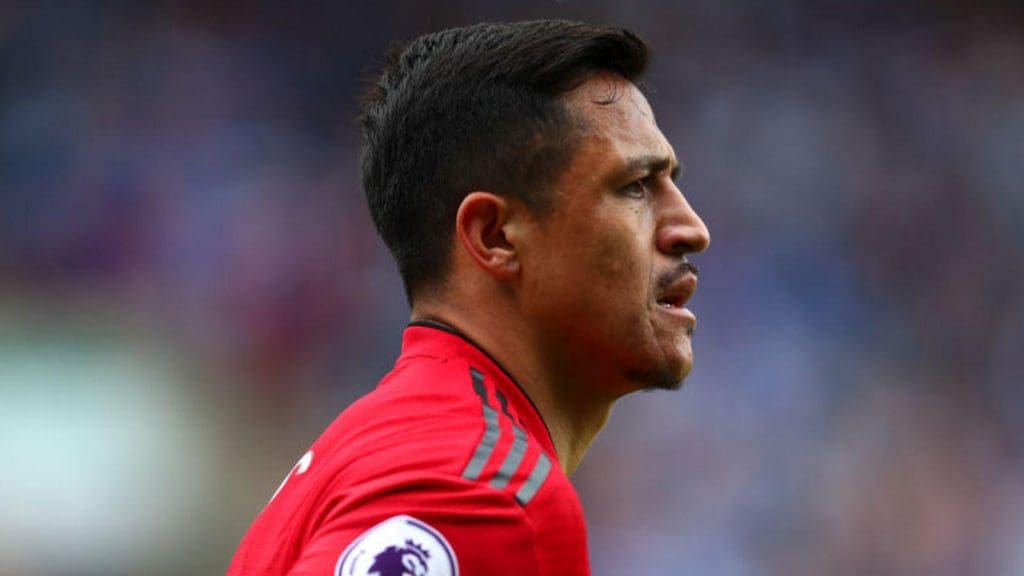 The glorified Chilean versatile attacker Alexis Sanchez has shed some lights on his nightmare at Old Trafford, after joining the club in January 2018 in a swap deal that saw Henrikh Mkhitaryan move to the opposite direction.

The 31-yrs-old attacker/winger joined Arsenal in July 2014 and spent three-and-half season with the Gunners, racking 80 goals in 166 appearances across all competitions.

In January 2018, he joined the Red Devils and became one of their marquee signing in a move that surprisingly turned sour right from his first week, according to report.

In his one-and-half season at Old Trafford, Sanchez played a total of 45 matches and scored just five goals across all competitions. His form became so uninspiring, which led to tension, anger and frustration from the player.

After the appointment of Ole Gunnar Solksjaer, Alexis Sanchez was granted a move to Italian club side Inter Milan, on a season long loan deal.

He played 22 Serie A matches, scoring four goals with few assists to his name. His considerably successful spell at Internazionale led to Inter’s urge to offer him a permanent contract, regardless of his high wage.

In less than one month after completing his move to Inter Milan, the former Udinese, Barcelona, Arsenal and Manchester United forward has lifted the lid over the undiluted causes of his consistent poor performances with the Red Devils.

“I’ll talk a little about my experience in that club [#mufc]. The first day I arrived [at #mufc], I believe I had an agreement with City but football happens & the opportunity to go to #mufc arrived. I payed attention and it was a beautiful opportunity.

“I liked the club a lot. Well at the end, I signed with United without being informed and aware of what is going on internally in the club at that moment. Then, my first day of training with my mates and coaches, I realized things you don’t notice from the outside.

“After I had my first training, I realized many things and I went home and I said to my family/agent: “Don’t pass me the contract buddy. [to go back to Arsenal]”. The laughed at me of course. At the time, Something didn’t feel good or right.

“A month passed, I continued to have this feeling and I realized we are not a team. We are not together at that time. I am just telling you the experience I had.

“Journalists talked without knowing anything about what is going on inside a club. They annoy you and hurt you by saying it is all your fault this & that.

“They don’t realize that the environment effect the players. If we, as a club & a team, are not together as a family & as one then it is going to effect any player. We were not United & it reflected on the field. It was not any one player’s fault. It hurt me that I was not able to perform.”

He continued: “The next season, the manager was changed and the current manager [Ole] came and I decided to talk to him. I told him: ‘I need a break. I need to breathe and he was kind enough to give me that, and when Inter came for me, I told him: ‘I want to go’ and he said: ‘sure no problem at all and allowed me to take that opportunity.’

“Now I only have word of gratefulness to United the club to have given me the opportunity to wear their shirt and represent them. It hurt me a lot to not be able to give them what they wanted. If the environment at the time when I arrived, more positive and more as a family, perhaps things would have been completely different or better.

“I was not happy at the environment at the time and the noise from outside [Journalists] was not helping. It was a period that I learned from as a player and a person. Again, I am grateful for United for the opportunity to defend their colors. I am sad because I’ve always like to be at United and I wanted to win it all and make the fans happy.”

Considering Alexis Sanchez’ revelation, it needs to be recounted that several top stars have had their spell at Old Trafford turning out to be what many would have expected.

Big signings such as Angel Di Maria, Romelu Lukaku, Memphis Depay and Fred arguably failed to prove their worth with the Red Devils.

The failure of these aforementioned players tends to point at the fact that their are more to what we see behind a player’s performance on the pitch, which could be a reflection of the club’s inward environment, atmosphere and unity within the club.