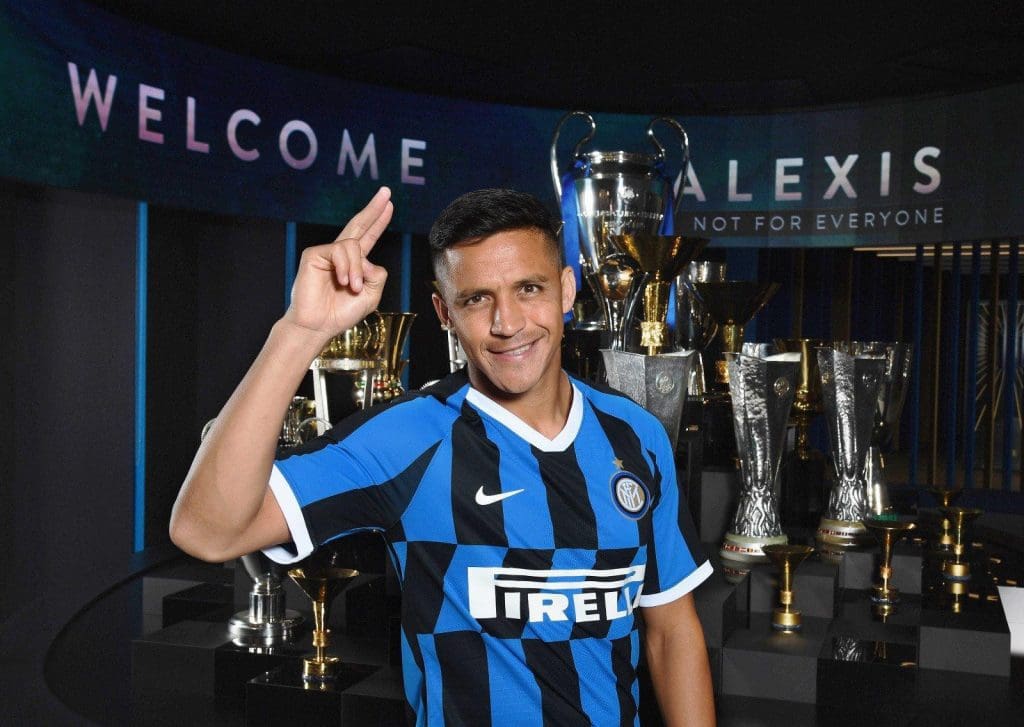 Manchester United forward, Alexis Sanchez is out on season-loan to Inter- Milan and has ended his frustrating season at Old Trafford.

The agreement between both the clubs was confirmed on Thursday with United wishing him a great luck ahead.

Manchester United wrote on Twitter: “We can confirm that Alexis Sanchez joins Inter Milan on loan until 30 June 2020. We wish @Alexis_Sanchez the best of luck in Italy.”

We can confirm that Alexis Sanchez joins Inter Milan on loan until 30 June 2020. We wish @Alexis_Sanchez the best of luck in Italy. pic.twitter.com/DdcRQRoEMk

The Italian giants also took on social media to welcome the striker into their family and are looking forward to see him wearing the new club jersey.

On completing the Alexis deal, the Serie A club wrote: “Throughout Alexis Sanchez’s life, football has always represented everything, and he has always been happiest with a ball between his feet.

“From now on he’ll have a chance to do this in Nerazzurri colours. So, on behalf of the entire Nerazzurri family, we’d like to wish him a very warm welcome and the best of luck. #WelcomeAlexis”

Alexis will not find it difficult to adjust at San Siro as the former Manchester United player, Romelu Lukaku is already present and is playing amazing over there. Firstly, Inter-Milan grabbed Lukaku from Manchester United in summer transfer window and now they agreed on a season-loan basis for Sanchez. Thus, Inter-Milan is bolstering their strikers regiment to provide tough competition to Serie A Champions, Juventus.

Lukaku scored in his debut game for Inter-Milan as they defeated Lecce by 4-0. Sanchez could been seen for the first time wearing Nerazzurri jersey on Sunday match against Cagliari.

Sanchez is one of the highest paid players in Premier League as he will continue to receive salary of £3,00,000 per week from Manchester United. To claim his worth, he needs to bring back his vanished skills and show the fans around the globe that his form is still alive.

I prefer this agreement could be turning point for Sanchez as he had experienced a miserable time in Manchester United , scoring only five goals in 45 appearances. Though he has gone out for a temporary basis , but if done wonders , his career is gonna cherish.

Who is Jack Roles? – Tottenham’s latest upcoming midfield mastero
Nothing is impossible, says Pochettino over Christian Eriksen’s departure
To Top