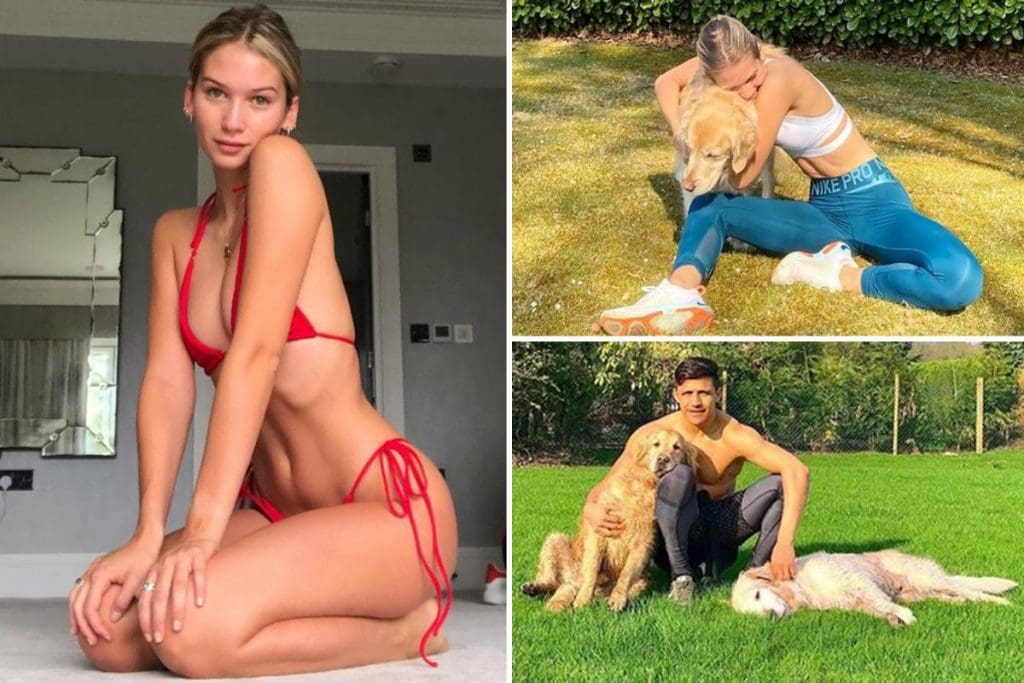 Amidst the Coronavirus crisis that has been growing around the globe, Manchester United’s forward Alexis Sanchez has been spending his lockdown with his stunning girlfriend Anna Modler.

The Chile international who has returned to Old Trafford after a dismal Inter Milan loan has never revealed his relationship on social media but his partner and South African model Anna Modler confirmed that they are in lockdown together. 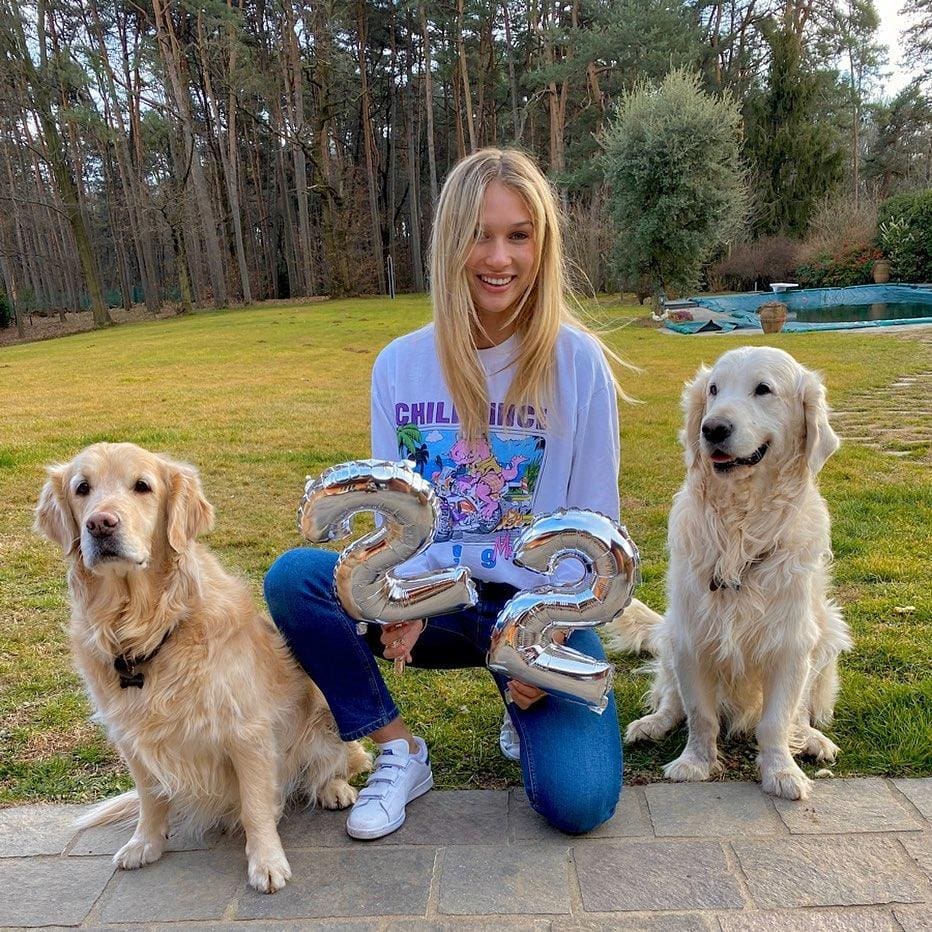 Anna Modler, the 22-year-old stunning blonde got close to her boyfriend last month on her birthday when the 31-year-old striker posted photos of her alongside the footballer’s beloved Golden Retrievers Atom and Humber.

The model offered clues to her current whereabouts to the fans this week when she posted a photo with a pooch which is of Atom who was found interrupting her workout.

She joked: “Thank you for stopping me from working out. I agree, it’s definitely time to eat.”

Thank you for stopping me from working out. I agree, it’s definitely time to eat 🐶🤪

Manchester faithfuls urged her to look after Alexis, as the Chilean been linked with an valorous move to West Ham United following a substandard time at Inter Milan.

Felipe Andres Gonzalez, a fan of Sanchez, said: “Isn’t love beautiful!! You made Alexis happy. Stay with him.”

This is not the first time that the model was spotted with Alexis Sanchez. They both were pictured first in August at a train station in Cheshire before the forward left England for Italy.

Model Anna Modler has an alluring figure capable of leading any man towards her with her green eyes enough to faint even the best. She has more than 63k followers on Instagram which are only growing with her increasing fame .

The WAG is a show-stopper and her images on Instagram are mostly sensual, to say the least. Mostly seen is seductive bikinis, Anna regularly posts her picture with Atom and Humber.

The couple definitely avoid making it official to the fans but their posts are enough for the eagle-eyed fans to understand the love that they share for each other. And about Anna, here’s a few images that we have gathered for you:

Gareth Bale to Manchester United on loan would make sense

Who Should You Get In Your FPL Team For Gameweek 2

How can Chelsea lineup against Liverpool? | Premier League 2020/21

How can Brighton lineup against Newcastle United? | Premier League 2020/21

How can Liverpool lineup against Chelsea? | Premier League 2020/21

Southampton vs Spurs: Walker-Peters’ pace will be tricky to cope up with! |...

Should West Ham give Jack Wilshere another chance?

Eberechi Eze: The answer to the creative problems faced by Crystal Palace?